“I think Mayor Schaaf is doing exactly what’s in the best interest of her community, and I support that 100%.” 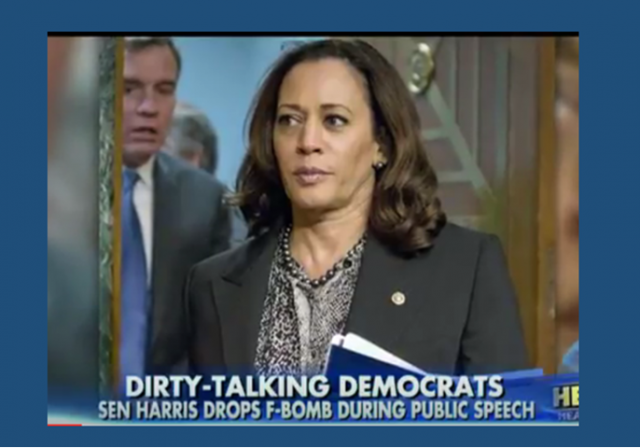 It’s clear that Senator Kamala Harris (D-CA) wants to be president.  What’s not clear is in what country she wants to president.

She wants to be president of a country with no borders, with a Supreme Court that bases its decisions on “feelings” rather than law, with few (preferably no?) gun rights for citizens, with “free” college, with government-run (i.e. single payer) healthcare, with severely restricted speech, with unrestricted abortion funded by taxpayers.  To be fair to Harris, this is the same imaginary country in which all Democrat presidential hopefuls aspire to be president.

Harris’ ongoing, if not yet announced, 2020 presidential campaign is currently focused on foiling our nation’s immigration laws.

Harris has come to the defense of Oakland Mayor Libby Schaaf (D) who has come under fire—and under federal law enforcement scrutiny—for her warning to illegal aliens of impending ICE raids.

[email protected] on @LibbySchaaf decision to alert Oakland community of #ICE sweep – “I think Mayor Schaaf is doing exactly what’s in the best interest of her community, and I support that 100%.” Said feds trying to ‘turn back the clock’ on #CA w/lawsuits & policy pic.twitter.com/fgLrctSftj

Sen. Kamala Harris (D-CA) appeared on MSNBC’s All In with host Chris Hayes Wednesday night to discuss Attorney General Jeff Sessions’ speech on California ignoring the nation’s immigration laws and likening it to nullification. Harris warned that it’s not a good idea for Sessions to bring up Civil War history and said his credibility is “pretty shot” on those issues.

Hayes prompted the comments from Harris when he brought up Sessions’ reference to “slave states in nullification and secession” in denouncing California for evading federal immigration law. (Editor’s note: Sessions actually said: ‘There is no nullification. There is no secession.’ He then invited “any doubters to Gettysburg, and to the graves of John C. Calhoun and Abraham Lincoln.” There was no abject overtures to slavery and reconstruction.)

“Attorney General Sessions compared California’s actions quite intentionally I think, to be actions of the slave states in nullification and secession and the Civil War. What do you say to that?” Hayes asked.

“Indeed, indeed he did. Listen, as far as I’m concerned Jeff Sessions should be advised and I’ll advise him right now that — that it is — it — it’s a bad idea for him to start talking about anything to do with the history of slavery or reconstruction or the Civil War in the United States. His credibility is pretty much shot on those issues. But on the topic at hand Chris, I think Jerry Brown is absolutely right,” Harris responded.

Harris’ presidential aspirations in the United States may be hobbled by her ignorance of things like the U. S. Constitution, presidential pardons, the Bill of Rights, American history, and the federal government’s role in immigration law and enforcement.

Here’s wishing her the best of luck in running for president of her fantasy-land, though.

That country that the Democrats want to be the president of is not imaginary, it is very real. I would encourage those looking at such a lofty place, a place of Utopian vision and progressive ideals to look no further than South America. Candy trees that always sprout money can be had in that wonderful place called Venezuela. So all aboard Dems and off to the place where your never never land is real. P.S. dollars are helpful there, and you won’t want to drink the water.

Perhaps Cuba fits her bill too.

I guess in a state as large as California it is possible to find someone dumber than Barbara Boxer.

But, what about the Nancy?

when the progs are trying to unseat DiFi (and may succeed) K Harris fits right in – but not so much in rust belt states that DJT won and is continuing to keep his promises vis a vis Big Steel Recovery.

Sometimes I wonder how a dictator could kill millions of his/her own citizens on the road to Utopia. For some reason, Kamala causes me to think about that.

These are wacko people – and genocidal when holding a monopoly of power.

Limousine liberals, Leftist loons of hollywood and george soros might want this, but the nation doesn’t.

In fact, the D’rats have to realize by now just how dumb she is. So why doesn’t she have a handler? The Party should have assigned her a controller by now, her own ValJar or Huma, somebody with enough IQ to prime her with the right soundbites and tell the Press afterward, “well, what the candidate meant was …” The fact that that doesn’t seem to have happened makes me suspect that nobody (nobody who counts, at least) is considering her seriously as a candidate.

Yes, like everything is going so well in Oakland already.

In the killing of a cop CA law allows the death penalty. As San Francisco DA she refused to try cop killers as death penalty cases.

I don’t think even the DNC want Kamala to run for President because she never seems to make their list of “hopefuls”. She is not capable of winning and they know it, but she loves to throw out the insults. Her love of illegal immigrants will be a big downfall for her. That might play well in parts of California, but it doesn’t play well in the rest of the USA! And agreeing with the Mayor of Oakland’s irresponsible behavior is just stupidity.

Funny, how the Democrats have been showing their hatred of real civil rights icons. It is almost as if they are really getting back to their KKK roots.

And people thought the Cold War against communism was over! It has only changed locations right here to America where it was always going to end up. Democrats lost an election they knew they had in the bag and now look– they have shown their true colors, insurrectionist Red!

notamemberofanyorganizedpolicital in reply to Whitewall. | March 12, 2018 at 3:41 pm

“Cambridge Spies – Documentary” tells how the Russian Communists were recruiting and planting their British born and raised agents as early as 1920.

You know they were doing the same that early in the U.S., Canada, Mexico, etc.

Hmmm, the Democrats are screaming about the Russians, yet it seems like the old Soviet Union is the kind of Government and Country they want. How is it again that Trump colluded with Russia, when the Democrats seem to more closely align with Russia and Russian history?

In 2012 every time I accidentally clicked a news link that sent me to the New York Times, the article was advocating for a U.S. Democrat Party Dictatorship…..

……and/or U.S government bail-out of the newspaper industry.

That happened at least a dozen times.

Harris might have a chance of winning in deep blue states or in the urban liberal conclaves but that’s not enough. I hope they do run her.

If the left still hasn’t realized that electoral college is the winning number not great numbers of blue voters then I hope no one explains it to them.

Try to imagine that this hag was the Attorney General of California! That is almost as absurd as obama being a Constitutional law professor!

I’m telling you there’s a sex tape out there.

What scares me is that people from all across the country will actually vote for her.