CA Sen. Kamala Harris: No on Gorsuch, because he rules on law & not feelings

CA Sen. Kamala Harris: No on Gorsuch, because he rules on law & not feelings

Californians don’t know what to make of Harris, either. 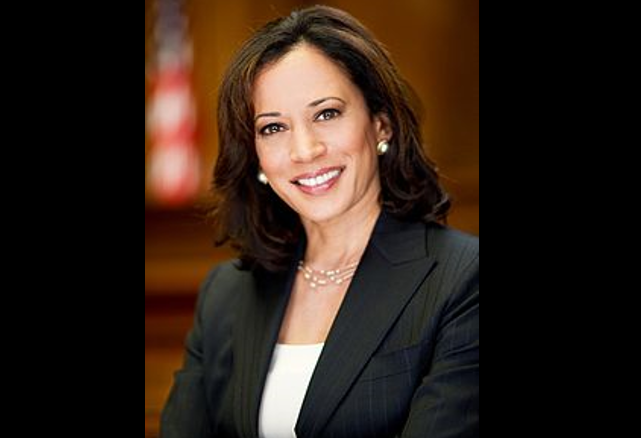 When I wrote that California’s junior U.S. Senator was probably going to be worse than Barbara “Call me Senator” Boxer, little did I realize how quickly I would be proven right.

She recently promoted an op-ed she prepared explaining why she wasn’t going to vote to confirm Neil Gorsuch to the U.S. Supreme Court with the silliest tweet since Charlie Sheen’s #Winning.

In other words, Harris has problems with Gorsuch because he believes in the rule of law and wants to follow the U.S. Constitution.

Her actual op-ed was also a real treat. After stating Gorsuch was impressive, she offers the same trite and thin analysis of his rulings that has been provided by progressive, social justice advocates.

…The rest of Judge Gorsuch’s record also shows he’s willing to favor corporations over the American people. He believes companies can impose their religious views on employees and deny women birth-control coverage. And he has been hostile toward federal agencies that protect American workers and consumers.

Supreme Court Justice Thurgood Marshall, the civil rights hero who argued Brown and inspired my career, once bluntly defined his judicial philosophy, saying, “You do what you think is right and let the law catch up.” In simple terms, Justice Marshall appreciated that the ultimate goal of the law was justice. By stark contrast, Judge Gorsuch has consistently valued narrow legalisms over real lives. I must do what’s right. I cannot support his nomination.

Interestingly, A Public Policy Institute of California poll shows that the confirmation process has not been kind to either of our senators. Dianne Feinstein’s numbers have plummeted, and Californian’s simply don’t know what to make of Harris.

…30 percent of Californians – including 20 percent of Democrats – say they don’t know how to rate Harris’ performance, according to the poll, which is the PPIC’s first post-election measure of Harris’ job approval.

Feinstein, who has served in the Senate for 25 years and is expected to seek re-election in 2018, saw her job approval rating among California adults fall seven percentage points from early 2016, to 49 percent. Thirty-two percent of Californians disapprove of the job she is doing.

Feinstein is currently 83 years old. Though she would be 90 at the conclusion of the next term, if she prevails in the election, I dread the thought of Harris being the senior senator from this state.

No shock here. Liberals consistently value their ‘feelz’ over the law or any kind of objective results.

All that matters is that they FEEL they’re doing the right thing.

No surprise. However, that is a violation of the oath of office she took, to defend and support the Constitution, isn’t it?

An oath from a Democrat is just another lie.

No, it isn’t, actually. The oath requires her to support the constitution against being forcibly overthrown; it doesn’t require her to like the constitution, and it certainly doesn’t require her to give her consent to the appointment of a justice who will uphold it. If she prefers a justice who will ignore it she is free to give her consent only to such an appointment.

a closer question is whether Justice Marshall, if she quoted him accurately and fairly, was in violation of his oath. I rather think he was, since he seems to have been admitting to knowingly and deliberately ruling contrary to the law, rather than (as he claimed at the time) in accord with what he truly believed the law meant.

Here is the text of the oath of office that U.S. Senators swear upon taking office (from the U.S. Senate website):

“I do solemnly swear (or affirm) that I will support and defend the Constitution of the United States against all enemies, foreign and domestic; that I will bear true faith and allegiance to the same; that I take this obligation freely, without any mental reservation or purpose of evasion; and that I will well and faithfully discharge the duties of the office on which I am about to enter: So help me God.”

So Harris swore to “support and defend the Constitution” and swore that she would “bear true faith and allegiance” to it, and yet she refuses to vote to confirm a judge for the Supreme Court on the sole ground that the judge’s record shows that his rulings are consistently faithful to the Constitution.

No way to square that circle.

Asked and answered. Repeating profshadow’s ignorant claim doesn’t make it any more informed. There is nothing in the oath that requires her to like the constitution or to want it interpreted properly, let alone to give her consent to the appointment of a judge who will do so. The oath only requires her to resist its forcible overthrow. She is entitled to withhold her consent to any appointment for any reason that seems good to her, or for no reason at all.

Apparently you have a reading comprehension problem, among your other problems.

My, you are pernickety.

This is in no way shocking in the least. Progressive left always goes with “their feelings”, and not the rule of law. And whenever possible, change the laws (or create regulations to go along with them), to coincide with their feelings.

Again – given her track record as AG of Cali, this comes as no surprise.

Just roll with the nuclear option, so they know when that old bat Ginsburg kicks the bucket – we can just LEAD WITH THAT.

Everyone just do whatever feels right. It’ll all work out well for Washington DC anyway.

Harris and her ilk want to rule via weathervane. Which way is the wind blowing now?

I don’t think they follow something as unpredictable as wind. Their course is very deliberate and defined. Perhaps you could say that with the sympathetic media they are able to force the wind in your analogy. And that is why the notion of a living Constitution and ruling by empathy and emotion is so important. The letter and rule of law is too slow to change. And progressives require law to force culture and not the reverse.

I don’t see much difference between her being senior and junior senator. Aside from naming US Attorneys and I doubt any Dem is going to do better. ( PS: With both Senators in the opposite party, who names US Attorney for Cali? Could be important in draining Cali’s part of the swamp. )

In a side note:I see now Nigel Farage is getting into CalExit with a modification, split in two. Mostly reported by UK press:

but one SF site has picked it up:

Secession for CA is looking very attractive right about now.

I think it was Mark Twain who said that the US was like a board, slanted heavily to the West, and thus everything “loose”
slithered down to California…Is it any wonder that this is the land of nuts and cooks and moonbeams?

So why does Harris think that it is okay for one group of people to be able to impose their religious views on another group, but not okay for other groups to do the same? Harris has no problem with the government allowing gays to force fundamentalist Christians to participate in their “weddings,” but she thinks it’s outrageous for the government to allow Christian companies to decline to pay for abortion-inducing drugs for their employees.

It appears it is not the “corporations” or the “companies” that are the problems. The real problem is the views. If they hold views that Harris agrees with, she’s fully on board with allowing them to jam those views down other peoples’ throats.

The fact that Harris & co. don’t have any substantive objections on Gorsuch but still won’t vote for him because he doesn’t follow the liberal ideology tells you everything you need to know about where the Democratic party is right now and why it’s on track to become a permanent minority. And this underscores that Trump made a great court pick.

Am I mistaken or was this woman not the AG for California? That would mean she is an attorney and would have some understanding of the law? Did she go to the same school as Chelsea Clinton (Dumb as a Rock Univ.).

I don’t understand the mystery. I moved from Kali to Texas in 2005. Now I’m more Texican than the Texicans. I’m sure as h3ll more Texican than just about anyone from Austin or Dallas. It’s not that I run from a fight. I like to fort up where it’s best to fort up.

I am certain that Kamala Harris would condemn a feeling person to being killed by ripping apart simply for being inconvenient–and with no due process of law at all. That’s what abortion is all about.