Turns out the Great Glitter Scare was #FakeScience

Turns out the Great Glitter Scare was #FakeScience

Two Swedish scientists whose work formed the basis of the microplastics pollution concern deemed “guilty of misconduct in research”. 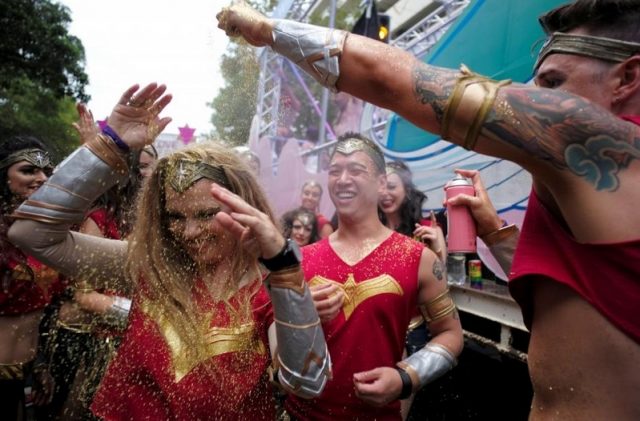 It comes as no surprise to Legal Insurrection readers as we have been following recent news cycles that sensational #FakeNews items spread rapidly through media, only to have retractions and corrections lag weakly behind.

The same is true of #FakeScience.

I recently blogged that glitter was tagged as the latest environmental scourge:

Most glitter is made from plastic, and the small size of its particles makes it a potential ecological hazard, particularly in the oceans.

“I think all glitter should be banned, because it’s microplastic,” said Dr Trisia Farrelly, an environmental anthropologist at Massey University.

Furthermore, yoga pants have also recently been targeted for contributing to microplastics in the aquatic environment.

After crunching the numbers and looking at the scientific qualifications of the environmentalists making these assertions, I concluded that the premise was an amalgam of hogwash and poppycock. Turns out I wasn’t the only one who was suspicious.

Nature has just reported that the two Swedish scientists whose publication has been the basis of the microplastics scare have been found guilty of “misconduct in research” in a paper that they published in Science, which has since been retracted.

Marine biologist Oona Lönnstedt and limnologist Peter Eklöv originally reported in their 2016 paper that microplastic particles had negative effects on young fish, including reducing their efforts to avoid predators. misconduct.

…In its decision, announced on 7 December, the board finds Lönnstedt guilty of having intentionally fabricated data; it alleges that Lönnstedt did not conduct the experiments during the period — and to the extent — described in the Science paper.

Eklöv, who was Lönnstedt’s supervisor and co-author, failed to check that the research was carried out as described, the board says. However, by the rules in force at Uppsala at the time of the work, which required that misconduct findings apply only to intentional acts, the board said that Eklöv’s failure to check the research “cannot entail liability for misconduct in research” .

Both researchers, the board concluded, “are guilty of misconduct in research by violating the regulations on ethical approval for animal experimentation”.

Part of the problem for the two scientists is that they could not offer the original data for review.

…Lönnstedt told the investigation that the laptop storing the raw data had been stolen 10 days after the paper was published and a technical glitch meant it had not been backed up on the university server.

The investigation concluded there was a “suspicion that the experiment was never conducted”, because the authors had produced “no more than weak fragments” of original data to back up their paper.

So, if you are looking for that perfect gift to get the independent-minded scientist in your life, who is willing to challenge these climate justice warriors, a pair of glittery yoga pants would be ideal. And don’t forget to use our handy Amazon link!

“Part of the problem for the two scientists is that they could not offer the original data for review.”

Climate Change anyone? I think the corruption of government money and power (i.e., EPA) has corrupted “science” to the point that no “research” should be trusted until it has been thoroughly and publically analyzed and debated. Such openness is not possible given the “tolerance” of the left for open discussion and truth.

I am surprised this latest fraud has been exposed. Perhaps there is not enough money in supporting it or it harmed some leftist sacred cow.

notamemberofanyorganizedpolicital in reply to TX-rifraph. | December 15, 2017 at 5:06 pm

I guess all that glitters is not gold.

Both researchers, the board concluded, “are guilty of misconduct in research by violating the regulations on ethical approval for animal experimentation”.

Unfortunately this tells us nothing about plastic glitter. It just means they didn’t fill out the proper forms before abusing some poor fish. Now, Swedish paperwork may well be an environmental hazard, but that’s a different issue.

Correct … but who will do any research on this once tainted?

In recent years there has been an exponential increase in phony science articles being published in all fields. Part is to gain notoriety and position….but also to push an agenda. Lysenko science is alive and well. Now we can read about our fake science reports as part of fake news. Do two “fakes” make it real?

I was at a health care conference in November where investigative reporters discussed the huge upswing in published fake science in questionable journals but also in major players like Nature. This fakeness is present in both private and public sectors.

I don’t know if scientific fraud is new, but the evidence for it has certainly increased of late. The Climategate e-mails set off serious alarms, particularly the discussed procedures for perverting the publications game. And those problems have not yet been addressed.

An obvious factor is that science (like medicine, or politics, or entertainment) is a business, and not everyone in it is devoted to fair business practices.

notamemberofanyorganizedpolicital in reply to alaskabob. | December 15, 2017 at 5:09 pm

….and it’s also because of the BIG BUCKS MONEY taken from hard-working taxpayers and given to the fake science manufacturers……

I’ve been shocked how these fake science projects don’t even feign to use one of the most basic and time-honored (but almost cost free) tools of science.

That tool is simple observation.

But wouldn’t those be some fabulous explosions

The fraud angle is not new, but there has been a rampant increase… I am trying to find the video from the conference by the reporter. It was part of Healthwatch USA conference this last November and some of the presentations are on YouTube.

Research into the effects of microplastics on fish? Yes, a research topic on the minds of most marine biologists. The competition for grant money must have been horrendous.

This whole thing got started by a couple of fruit loops who saw a chance to make a buck by applying for a ridiculous research grant. Then, in order to either save money on experiments and studies that would likely turn up nothing or to cover up data that did not support an ecological problem, they fudged the data. And, to garner accolades from the eco-warrior society, they drafted the made up data to reflect a negative ecological effect. Thereby increasing their chances at future grant money.

Rule number one, in any research, is always back-up your data. Usually to multiple sources. To give you an example, I write stories and novels. I immediately save every session to an external hard drive and thumb drive. This has saved my work a few of times. To expect us to believe that professional researchers had the entirety of their data on the drive of a single laptop is ludicrous.

Climate science is over 250 years old, it didn’t start in the last two decades. It has only recently become politicized, which obscures, obfuscates and possibly distorts the science.

I wonder if fake science could have anything to do with moral relativism and “values clarification” curricula in our K-PhD education system?

Or perhaps with the BAMN tactics of the left?