A journalist who claimed Loesch said fist in an NRA video has apologized. 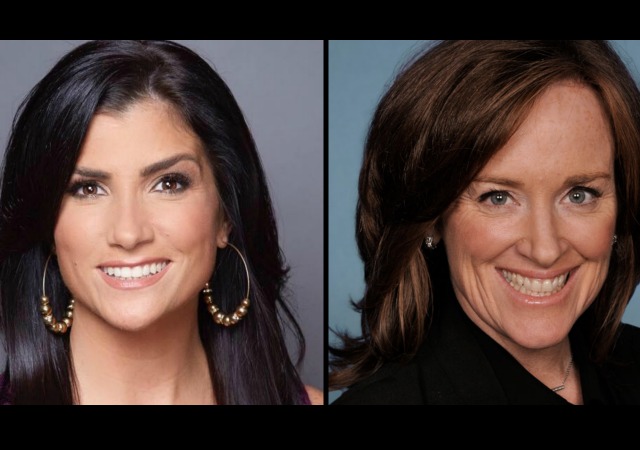 Radio host, TV host, and NRA spokeswoman has had quite a week. Journalists caused outrage after they claimed she said she wanted to fist The New York Times (she actually said fisk).

Huffington Post’s Yashar Ali penned a great and gracious apology on Twitter to Dana for his mistake.

Now others have gone after Loesch for her explanation of the death of Philando Castile, including Rep. Kathleen Rice (D-NY).

This is how it started: Loesch pointed out that Castille had marijuana in his possession while carrying his gun, which makes it not a legal carry:

But we all know her pointing out the facts obviously means that she believes Castille deserved what he got, right? Yeah no, but that’s what a lot of people assumed in their responses to her. Then Rep. Rice stepped in:

So if a white guy was shot dead during a routine stop w/ a legal gun & a joint in his car, #NRA would stay silent? You're the ones lying. https://t.co/K1KkN4SbJs

Yes, a congresswoman actually publicly called the NRA and Loesch a domestic security threat because she had the nerve to point out the facts in the case.

Not only that, but Rice implied that millions of Americans, including myself, are a domestic security threat. People immediately came to defend Loesch and the NRA:

I just wanted to shout out to @NRA bc I just joined. You can send my free gift to @RepKathleenRice and you can thank @DLoesch and #fisking pic.twitter.com/XEs1vvuTLM

I am life member of the NRA. I also have concealed carry license to protect myself. I am not a domestic terrorist! I am offended!

Rice has not responded.

I have to give major props to Yashar Ali from the Huffington Post. Earlier this afternoon, he gave a heartfelt apology to Loesch on Twitter:

1. Want to follow up on the Dana Loesch fist/fisk situation from last week. It's been bothering me on a number of levels..

2. Something that has always bothered me is how misogynistic language is used against conservative women. I find it abhorrent.

3. I don't care what a conservative woman says or believes in, no one woman deserves to be called a c*nt, whore, slut, any of it.

3. When I have called out the use of such language in past, some people have said to me "they asked for it" – no woman asks/deserves this

4. No question, my tweeting that Dana said "fist" instead of "fisk" led to her getting tweets that were filled with misogynistic attacks

5. For my mistake, I apologize unreservedly to @DLoesch – no one deserves to receive threats of any sort.

6. For those of you who dislike @DLoesch or object to her politics/approach, it doesn't matter what she says/does – no one deserves threats

Ali explained that he really thought she said fist, but admitted having watching closed captioning and listening to the ad again he knows she said fisk.

13. My mistake led her to getting threats and misogynistic language hurled at her and that's what I'm apologizing to her for. END

Thank you, Ali. I wish more people would do this.

Translation: The Congresswoman and her fellow lefties are afraid for their own safety if they try to assault, or break into the homes of Dana Loesch or NRA members, to steal things. in other words, their own criminal objectives are curtailed or decreased by the Second Amendment. Sounds good to me!

They are not just after the NRA, I’m a lifetime member and a vet, thy are after President Trump too. They should be fearful. This from Instapundit:
“Just remember, you’re setting the stage for a similar campaign of massive resistance to the next Democrat in the White House. And it may not be limited to the bureaucracy. I mean if this sort of thing is okay, why not refusal to pay taxes, or a Tea Party mob occupying the White House? And that’s just at the top of the slippery slope of “resistance.” At the bottom? Bureaucrats and politicians hanging from lampposts while their families try to evade the mobs. Is this really where you want to go, lefties?
And if you think this is “special” because you think Trump is unfit for office, what about the majority of Americans who think the federal government operates without the consent of the governed? If bureaucrats are free to ignore the law, why should they listen to bureaucrats? Do you really want to live in a Kurt Schlichter novel?” (Where HRC splits the progressive states away from the US to form the People’s Republic.)

And Hillary’s email server isn’t. Why does anyone listen to these people?

Welcome to dry land and sunsets. Their parents were full of it in ’68.

There is no apparent end to extreme statements from the hard left that would discourage moderate voters. But sadly the GOP is inept in many ways, including using Dem party members’ words against others running. The way the Dems successfully used Todd Akin’s words against GOP candidates is a gold standard.

The biggest domestic threat right now is an ongoing attempt to disrupt, obstruct or revert the will of the Republic, as expressed last November.
And we all know who is doing that.

The attacks on Dana are simply statements by the left that Dana is very effective at what she is doing.

Also, just think about this statement:

13. “My mistake led her to getting threats and misogynistic language hurled at her…”

The likes of Yashar Ali (let’s throw the fascists running google in there, too) are sick, scary people. The huffington post is just the rag to be a vehicle for the likes of a dangerous ignoramus like Ali, and vice versa.

North Korea can’t inflict a tenth the damage the likes of Yashar Ali and the huffington post are trying to inflict against our way of life.

And the terrorist apologist, Kenyan, was a great man? WRONG!!!

Michelle on the other hand: we know she is a man, and a lousy one at that.

Two things.
1. The biggest domestic terrorist is an elected progressive. Enough of them get in and we’ll be doing the Venezuela scuffle. And that ends up with the state having lethal power without any oversight, and they will use it on anyone they deem.
2. Ali, I don’t believe his apology for a second. He’s got a lawsuit from Eric Bolling, he wants to free up some time. Guy is a world class partisan hack.

I saw a tweet elsewhere which I can paraphrase:

‘Number of NRA gatherings in the past decade that had to be broken up by riot police: 0’

Wear a gun to someone else’s house, you’re saying, ‘I’ll defend this home as if it were my own.’ When your guests see you carry a weapon, you’re telling them, ‘I’ll defend you as if you were my own family.’ And anyone who objects levels the deadliest insult possible: ‘I don’t trust you unless you’re rendered harmless’!” — L. Neil Smith, The Probability Broach