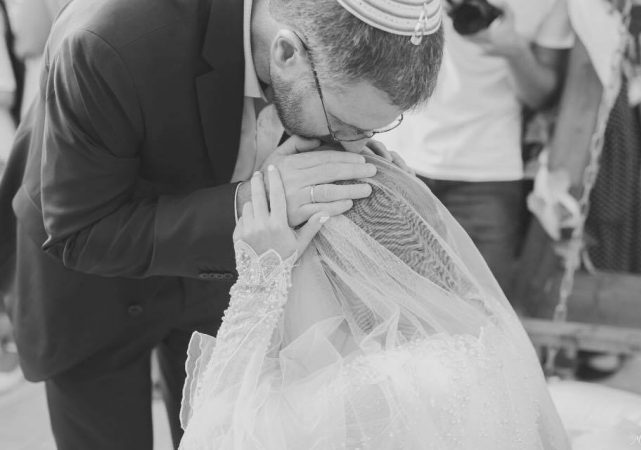 You may recall the horrifying murder of Israeli mother Dafna Meir in front of her children. We first reported on January 17, 2016, Reports: Palestinian stabs Israeli woman to death at home in front of children:

We reported when the killer was arrested, 15-year old Palestinian arrested in stabbing murder of Israeli mother in front of children and again when he was convicted, Palestinian “child” convicted in murder of Dafna Meir.

It was a particularly brutal murder:

The Palestinian teenager who killer Dafna Meir in a terror attack earlier this year told investigators the Israeli mother of six struggled fiercely until her last breath as he repeatedly stabbed her on the floor of her West Bank home with a butcher knife.

“She fought me,” 16-year-old Morad Bader Abdullah Adais said, according to quotes from his interrogation cleared for publication Sunday.

“I stabbed her until I could no longer pull the knife out of her body, and saw another woman approaching,” he said in his confession.

On the afternoon of January 17, Adais told Shin Bet investigators, he waited for Meir, 38, to come out of the front door of her Otniel home and then attacked her.

“I plunged the knife into her so deeply that most of it was inside her body,” he recalled.

In addition to the details of the murder, you may remember this image from Dafna’s funeral, of her daughter Renana: 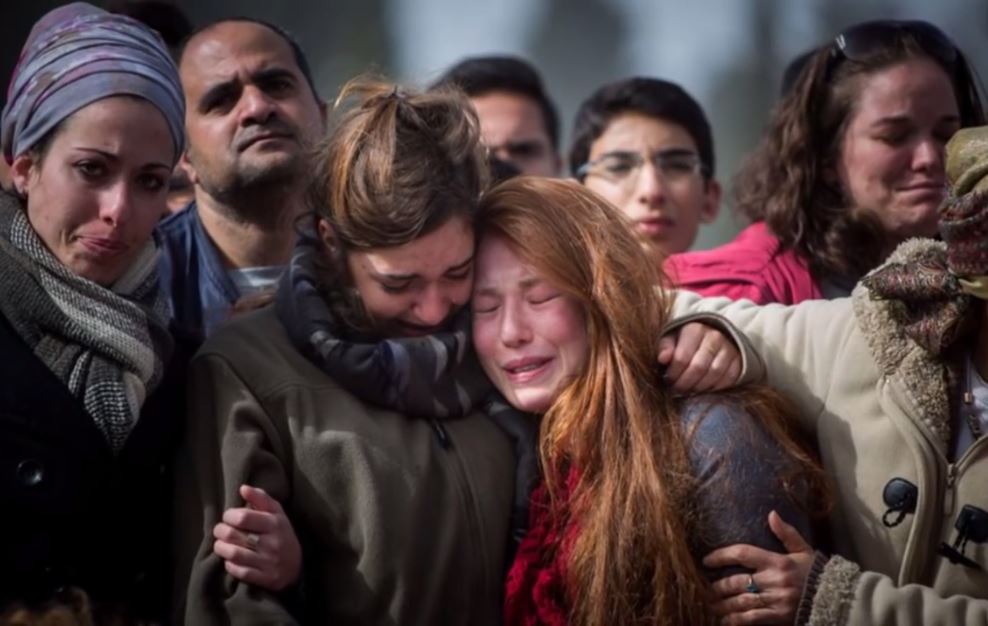 I had hoped to visit the family last June, when I visited Israel, but because the trip was cut short by family illness, the arrangements could not be made.

The last time we reported was in November 2016, Palestinian “child” who murdered Dafna Meir in front of her children gets life in prison.

We follow up on these terror victims not just to remember them, but to drive home the point made to me by an Israeli terror victim from a 1970 school bus bazooka attack along the Lebanese border, who lost his father and several cousins,

The Meir family is still there, and building.

Ranana recently married, at a ceremony attended by many other terror victims, as Israel National News reports:

Yesterday (Wednesday) the “OneFamily” hall in Jerusalem hosted a Sheva Brachot (festive meals held for the first week of marriagea at which seven blessings are said, ed.) for Renana Meir, daughter of Dafna Meir OBM, and Or Cohen, who were married on Sunday. Family members were present, headed by Dafna’s widower Nathan, Renana’s father, who remarried three weeks ago to Zohar Morgenstern.

Among the guests were representatives of bereaved families from all across Israel, including David Hatuel, whose four daughters and first pregant Tali were murdered in a shooting terror attach in Kisufim in 2004, and Meir Pavlovsky from Kiryat Arba, who was badly wounded in a stabbing attack in Hevron a year and a half ago, and after recovering from his injury – against all odds – married his sweetheart, Katya. “Today I found here a new home, warm and supportive,” he said.

Several weeks ago, Renana visited her mother’s grave and laid an invitation to the wedding next to the grave. She posted a photo of the tombstone with the invitation next to it and wrote: “Take me far, teach me to shout like there is no tomorrow, promise me that nothing ever ends, that God stays. I was never afraid of the sea, but now every wave is intolerable. We have put an invitation on your grave and I beg that you arrive. I leave one hand free for you on the way to the chupah, please come to hold it.”

Here is the image posted by Ranana of the wedding invitation on her mother’s grave: 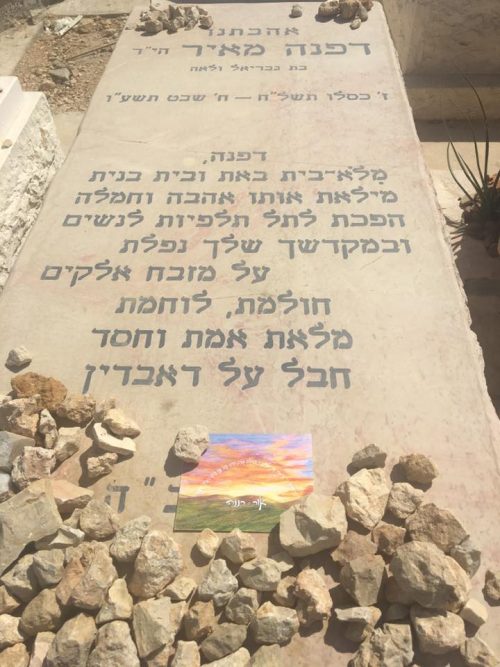 Here is Renana in her wedding gown: 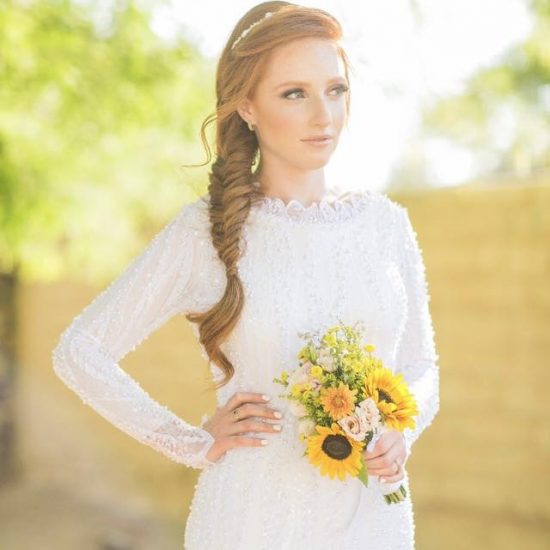 and with her new husband: 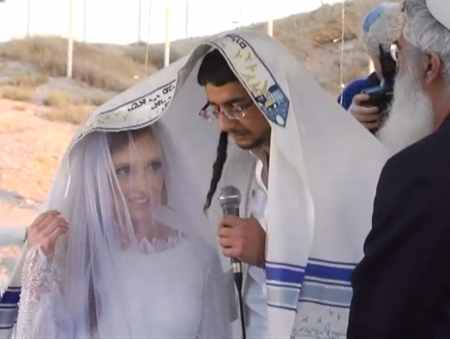 Some amazing photos, especially the wedding invitation on the grave. Very happy to see them rebuilding, in every sense.