“Actions will deal a critical blow to the top leadership.” 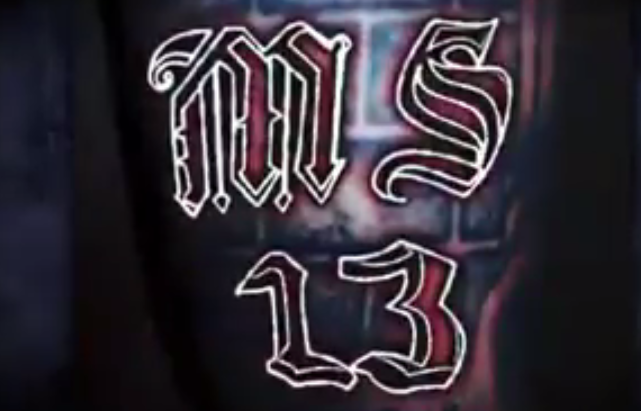 While the elite media has been attempting to stage a coup-d’-press, it has nearly ignored significant developments that highlight exactly how effective President Donald Trump’s administration has been.  For example, Sessions’ plans were initiated during an early morning sweep of MS13 gangsters that hit its leadership.

Federal prosecutors unsealed a sweeping indictment Wednesday morning charging dozens of members and leaders of the brutal street gang with a variety of crimes, including murder.

Acting U.S. Attorney Sandra Brown said the 127-page anti-racketeering indictment targets 44 members and associates of the gang, including the one-time leader of a Los Angeles faction of MS-13. Three people accused of murder could face the death penalty, she said.

Twenty-one people named in the indictment were arrested in pre-dawn raids across Los Angeles and Brown said warrants were served at more than 50 locations. Jail officials around the region also conducted cell searches, as some of those indicted were already in custody on unrelated charges. About a dozen of those arrested were so-called “shot callers” for the gang. At least three people were still at large Wednesday.

“It’s one of the largest and most entrenched gangs in Los Angeles,” Brown said. “Today’s actions will deal a critical blow to the top leadership.”

Federal prosecutors have been using racketeering and conspiracy charges to undermine MS-13. This approach was used to nab the former leader of the gang and a dozen people who acted as a joint council of leaders.

The lead defendant in the indictment is 43-year-old Jose Balmore Romero, known as “Porky.” Romero called the shots for the gang in Los Angeles in 2013 and 2014 and oversaw the gang’s drug-trafficking activities and coordinated the collection of extortion money, some of which was distributed to the Mexican Mafia, according to the U.S. attorney’s office in Los Angeles. Romero has been in custody since 2015, charged with ordering a gang-related slaying.

Three men were charged with murder in connection with the gang’s activities, authorities said.

Carlos Alfredo Cardoza Lopez, 23, known as “Little Boy,” faces a violent crime in aid of racketeering murder charge in the fatal shooting of a innocent bystander inside the gang-controlled Little San Salvador Nightclub and Restaurant on Western Avenue, federal prosecutors said in a statement. A friend of the victim also was stabbed.

But as surely as the sun rises in the east, elite media types are diminishing these positive developments because it highlights a Trump administration success.

For example, after getting the scoop on President Trump’s ice cream cravings, CNN asserts these arrests will make MS13 stronger.

But the truth about the gang, the first street gang to be labeled a “transnational criminal organization” by the US government, is more complicated — and experts say using MS-13 to justify cracking down on undocumented immigrants could actually make the gang stronger.

CNN’s projections about MS13 strength are likely to be as accurate as their presidential prognostications.

This has been a very good week for American law enforcement and for the American people.

May they be (legally) ruthless in clearing out these scum.

Drug trafficking, extortion, murder. Sound like some Bad Hombres. I wonder how they got here.

For the last eight years they were allowed (encouraged, actually) to come to the US and to set up criminal enterprises.

If you complained about MS-13 you were attacked as a racist or anti-multicultural. (Some cultures we can do without).

I am certain the MS-13 leaders could name a lot of Democratic names as accessories to their crimes.

Surely these aren’t the freeloaders Moonbeam was referencing? /

And who, pray tell, are these anonymous experts CNN is relying on? Heck, they didn’t call me. I could have told them something, but probably not what they want to hear. (And I’m probably as “expert” at prognostication as theirs.)

… after getting the scoop on President Trump’s ice cream cravings …

Perhaps Trump should go on the attack here, and announce a Federal program of free ice cream for all!

The BernieBabies would immediately become fervent Trump supports, and the Dems would be unable to attack him for it—hey, free taxpayer-funded stuff, what’s not to like?

And if he makes it clear that illegal “immigrants” get free ice cream too—maybe with an “all you can eat” program for DREAMers—the Dems may never recover.

Obviously, then, law enforcement should do nothing to combat these criminals. Just let them run free, as if they had a “sanctuary” to deal drugs and kill.

LA Police Chief Charlie “Politically Correct” Beck went out of his way to make clear that this was not targeting illegals by pointing out that they didn’t arrest several illegals (also in MS-13 leadership) at the scene. Many were already being held on charges already.

The corruption out here is stifling. The only reason violent crime is down this year is because they reclassified so many violent crimes to being misdemeanors that almost nothing is illegal anymore (except being white and employed in the private sector).

Thanks for sharing this video

Wow, this is great
But you are exactly right… this is news to me.
This is the first I have heard since Sessions said he was going to address the problem some time back.

Can Sessions use asset forfeiture on these gangs and then apply the money as Cruz suggested (ElChapo Act) and fund the wall?

MS-13 only exists because #Failifornia Leftards brought in 1000’s of criminal aliens from El Salvador back in the 80’s as part of their #resistance to President Reagan.

at least they are consistent in their actions.

The reason why MS-13 is fourishing, is due to the liberal politicians.

Rank and file LEOs want these people, both the gang members and the politicians gone. First the politicos encourage and allow gang members and potential gang members to enter the country. Then these gang members find sanctuary in the liberal, sanctuary cities, counties and states across the country. Local LEOs know the identities of the members of criminal gangs, as well as their homes and hangouts. It is what they do. And, make no mistake, the vast majority of these local LEOs want criminal gang members behind bars. That is the reason why they put their lives on the line every single day to do their jobs. There are a lot of parties in cop bars in LA this weekend.

“… — and experts say using MS-13 to justify cracking down on undocumented immigrants could actually make the gang stronger.”

“Could”
Or maybe not, but that would be against the narrative and therefore is not explored.

And here we have our unnamed “experts” again. As Professor Reynolds says, “what would we do without experts?”

Offhand, I don’t recall the National Enquirer being successfully sued, yet most of the MSM have been successfully sued and forced into at least an apology, if not an undisclosed settlement.

That is very troubling to me.

How the Supermarket Tabloids Stay Out of Court