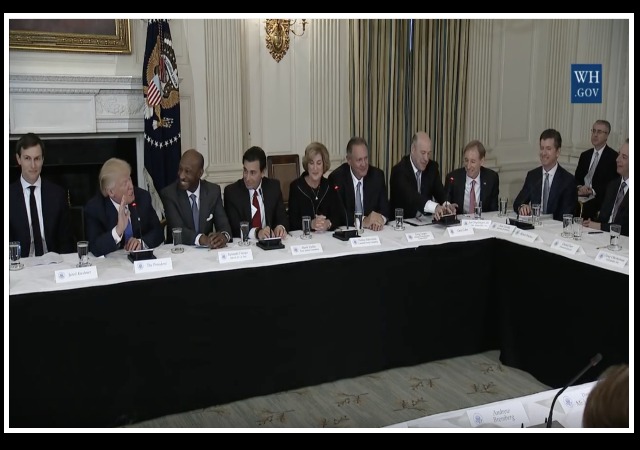 President Donald Trump’s promises to overhaul regulations and the tax codes along with positive sale outlooks have raised optimism among U.S. CEOs.

The Business Roundtable conducted its CEO Economic Outlook Index, “a measure of expectations for revenue, capital spending and employment,” found that the optimism jumped to 93.3. That’s a jump of 19.1 points and the most since 2009.

“I am enthusiastic about the opportunity to enact a meaningful pro-growth agenda that will benefit all Americans,” Jamie Dimon, chairman of Business Roundtable and CEO of JPMorgan Chase & Co., said in a statement. “As these results confirm, business confidence and optimism have increased dramatically.”

The survey, with responses from 141 member CEOs, was conducted from Feb. 8 to March 1. In response to a special question, 52 percent of the participants said tax reform would be the single best policy change to create the most pro-growth environment for businesses.

Corporate leaders project the economy will expand 2.2 percent in 2017, up from their December estimate of 2 percent.

The Federal Reserve is meeting today and tomorrow and will probably raise rates due to the strong jobs report that came out last Friday. Dimon told those on a conference call that “the Federal Reserve is raising interest rates into a strong environment, that is more important than rates going up 25 basis points.”

Trump has met with CEOs of companies many times in an effort to understand what they need for their companies to thrive and help bring jobs to America.

Either way, this survey mirrors other polls that have shown optimism for the Trump administration.

Last week, Professor Jacobson documented the optimism from the people as the media continue to act like the world will end at any second. Bloomberg discovered that the “[C]onsumer comfort index rose to 50.6 in the period ended March 5, the highest since March 2007, from 49.8.”

Gallup’s U.S. Economic Confidence Index has a +16 rating this month, which is a record high.

The NFIB’s [National Federation of Independent Business] index increased by 7.4 points in December to 105.8, up from November’s 98.4. It’s the largest month-over-month index change since it began in 1986.

Gallup also found that 54% of Americans believe Trump’s administration will make the U.S. “prosperous.” While his ratings remain lower than President Barack Obama and George W. Bush, the media does its viewers and readers a disservice making them think Trump’s ratings are down the toilet.

In February, a WSJ/NBC poll found that Americans believe the media is way too harsh on Trump as optimism rises:

Fifty-one percent of Americans said the media is too critical of Trump, while 41 percent think news organizations have been fair and objective.

The poll also found that Americans are becoming more optimistic about where the country is headed, with 40 percent saying it is headed in the right direction. In December, 33 percent felt that way, compared to 18 percent in July.

Dems will fight it any which way they can, because if the economy takes off they lose.