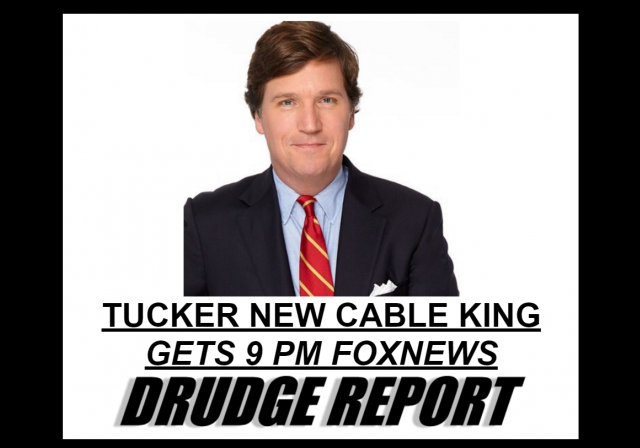 Tucker Carlson had a strong showing in our Reader Poll of who should replace Megyn Kelly at Fox News, now that she is moving to NBC.

His performance replacing Greta at the 7 p.m. slot made him a hit among conservatives. We covered many of his take-downs, the most epic of which Kurt Eichenwald. 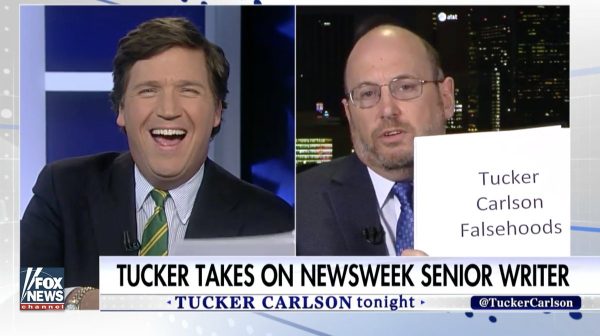 While the Eichenwald meltdown was the most epic, it was not even the most disturbing, Possibly scariest interview with college Social Justice Warrior I’ve ever seen: 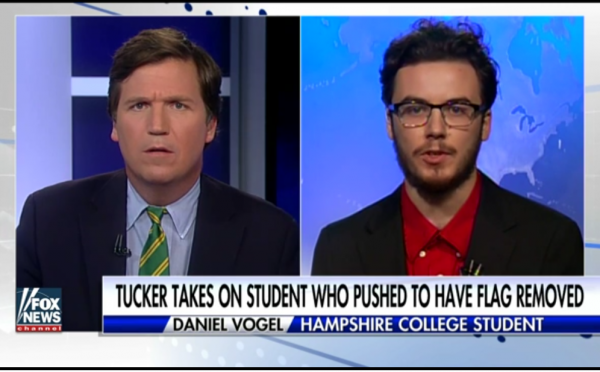 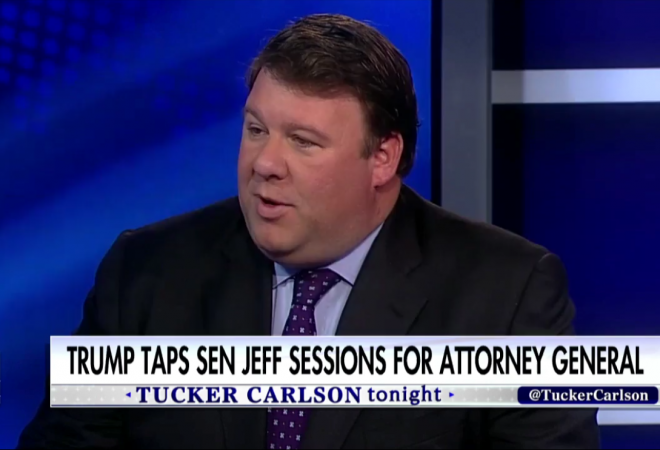 Tucker really was in his element in the format — quick witted, aggressive, and interesting. His show had excellent ratings, and was the buzz of the conservative/non-liberal internet.

And now he’s been rewarded and will replace Kelly.

This is such a great move for Fox News. There finally is a reason for conservatives to watch again in the time slot, after what appeared to me a slide to the mushy middle with Kelly.

So who should replace Tucker in the 7 p.m. slot? Martha MacCallum is taking that slot for the first 100 days of Trump’s term — which suggests Fox News is not sure she’ll be there permanently. Fox News needs to develop a rising star – I can’t imagine people getting excited “Oh, can’t wait to watch Marth MacCallum tonight!”

How about Dana Loesch, winner of the Reader Poll, for the 7 p.m. slot?

Congrats @kurteichenwald on @TuckerCarlson getting promotion 2 replace @megynkelly He couldn't have done it w/out U https://t.co/Jc5tDfsuLm pic.twitter.com/xM7yXiUsIT

“So who should replace Kelly?”

Assuming that you’re referring to the replacement for Carlson, not Kelly, I concur: Dana Loesch.

One of the reasons Megyn Kelly was so popular before she faced off with The Donald in the first debate was that she is a lawyer, and it shows. She would come to an interview well-prepared, and she would ask pointed questions, and refuse to put up with evasion. She was sharp, and ready.

At the time, I thought the first debate was well handled by both Trump and Kelly. I knew the “wimmin” “issue” would play a part in the campaign, and I figured this was one way to dispose of it. In retrospect, and according to Kelly, DJT got confirmation from that question that the Clinton Campaign would not be about policy, but about character assassination, hence the quick, obstreperous and hostile tweets. This is classic behavior for a lawyer (yes, I know Trump is not a lawyer) for the opening phase of a dishonest discovery battle.

Trump’s intel was good. We later got confirmation from horrified DNC and Clinton Campaign staffers (the leaks) that this was exactly the case, AND that the New York Times not only confirmed it, but colluded with it. We also learned that the Washington Post sent reporters to at least one undisclosed social gathering to include large numbers of reporters in this strategy, a clear violation of their published ethical standards.

Tucker Carlson appears to have the same sharp, hard-working attitude in interviews. No wonder he is appreciated.

Apparently you were down-thumbed for being insufficiently frothing regarding Kelly.

Remember, you are being observed to assure you are properly exorcised during the Two Minute Hate on designated T-rump enemies.

No, you’re just thumbed-down for being an douche. Election’s over. Grow up, please.

FU. In your mouth.

I’m thrilled about this: with the exception of the fact that Tucker’s show will be pushed back to 8 pm Central time from its current 6 PM Central time slot.

After a long day viewing liberal shows on MSNBC and CNN, I’ve been treating myself to Tucker’s show at 6, occasionally blogging on it. I’ll hate to wait until 8, which will make it hard for this early-to-bed-early-to-rise guy to blog it the same night!

Tucker is great. For now. It’s hard to imagine guests will keep coming on his show to be ripped apart by him, as enjoyable as it is to watch.

As for the 6:00 CST time slot, O’Reilly had Tomi Lahren on not very long ago. I wondered then if that was an audition of sorts. Not sure how much influence Ailes has at Fox any more, but she fits the Ailes mold: young, hot, blonde, passionate, articulate, conservative. However, when she appeared with O’Reilly it wasn’t the best performance I’ve seen from her. I’ve seen videos of her when she was with One America and The Blaze that were lights out.

I listened to Dana Loesch pretty much every day until she started on her obnoxious #neverTrump schtick. She went way over the deep end.

As a result of her tirades, I’ve no desire to ever hear from her again on any topic.

Tucker Carlson is great! I’ve been watching his clips linked here and from other sites.

I might have to actually start watching FOX again for the first time since Katrina when Shemp and Whorealdo made me rethink watching that network after several years of having FOX on at least one TV whenever I was home.

I had gotten sick of Tucker about 10 years ago or so, but this new, tougher incarnation is a very welcome break!

And he does try to engage with his guests seriously when they hold views different than his, and only starts going after them when they don’t try to answer his question or honestly defend their views, unlike someone like Hannity, who’s let his slot devolve into a clown show.

On Tucker’s show I like how he takes down the imbeciles with straight questions and then responds to their idiocy with laughter.

I have to admit surprise at this, but not disappointed.

Tucker Carlson is a very safe choice. He’s been in broadcasting for decades, has worked with Heritage / Hoover / Cato for his whole career, has worked with CNN and MSNBC, was on dancing with the stars, etc. He’s not a bad choice, but I think it gives you a sense of how risk-adverse Fox News is right now.

Yay, Tucker! Sharp and intelligent, so affable, and the greatest laugh on cable news. His show goes by so fast, that I’m usually surprised when it ends.