President Obama Still Thinks It Was “the Best Move for Peace” 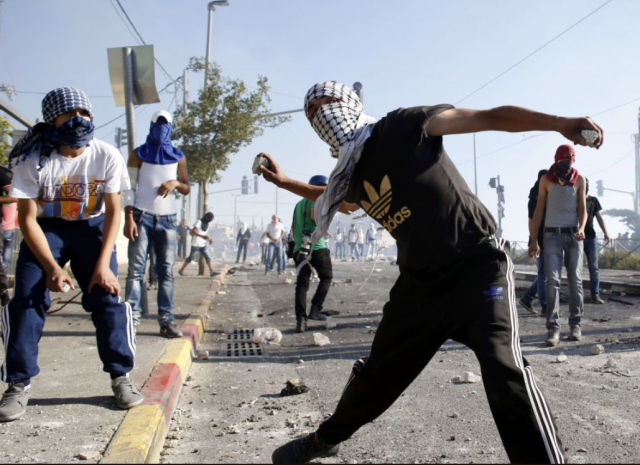 In an Israeli TV interview conducted earlier this week at the White House, President Obama dismissed the criticism that he had betrayed Israel by opting not to veto United Nations Security Council Resolution (UNSCR) 2334.

The U.S. abstention allowed the Security Council to adopt the resolution on December 23. It branded Israel’s settlements in east Jerusalem and Judea and Samaria/the West Bank as illegal and occupied Palestinian land.

The interview for Israel’s Channel 2 aired on Tuesday night. In it, Obama insisted that the resolution was the “best move for peace” and that he had “an obligation to do what I think is right.”

As we’ve noted in several posts, the reality is that UNSC 2334 is a repugnant document and not in the least conducive to the Israeli-Palestinian conflict’s peaceful resolution:

It effectively outlaws an Israeli presence on the holiest sites in Judaism located in eastern Jerusalem and the West Bank. It further condemns all settlement activity, despite the fact that Jews have had a near-continuous presence in those areas for thousands of years. The “disgraceful and harmful” resolution is also a setback for peace because it encourages Palestinian rejectionism.

This is already a sufficient number of reasons to repudiate this “shameful and morally incoherent” resolution. But now we can add another: UNSC 2334 is putting innocent lives in danger.

This past Tuesday Israeli defense officials reported that they’re seeing a “dramatic increase” in rock attacks since the UN Security Council resolution passed. 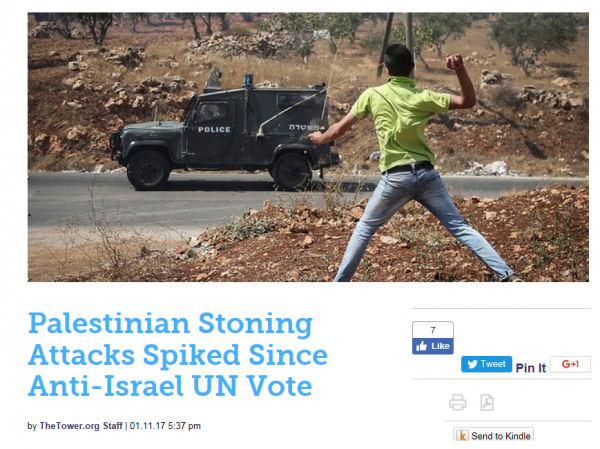 Reporting for The Times of Israel, Avi Issacharoff notes:

The West Bank has seen a sharp rise in the number of violent attacks, primarily rock-throwing incidents, since an anti-settlement resolution was passed on December 23, 2016 by the United Nations Security Council, Israeli defense officials said…

In September 346 rock-throwing attacks were recorded, in October 375, in November 420, and in December 344. Most of the December attacks occurred in the final week of the month. In the first week of January there were 169 recorded attacks, a pace that, if maintained, would lead to almost 700 attacks by the end of the month.”

Issacharoff writes that the spike in stonings could also be linked to other factors, including a series of anniversaries that take place around now: the founding of the Fatah political party and first terrorist attack on January 1, 1965 and Israel’s targeted assassination in Gaza of a notorious Hamas bomb maker back on January 5, 1996. 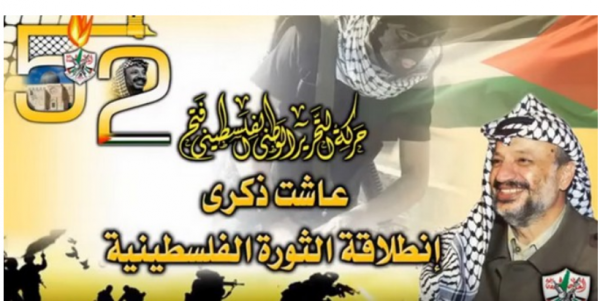 In the past, there has also been an uptick in rock-throwing attacks from the last week of December through the first week of January because it’s exam season in Palestinian high schools.

Still, according to the report, the number of incidents this year represents a larger increase than in the same time period over previous years.

Issacharoff says that the “political context cannot be dismissed.”

It would be naïve to treat this increase in stonings following the UN Security Council Resolution as just a mere coincidence. That’s because Palestinian Authority officials have been leveraging UNSCR 2334 in recent weeks by using it to encourage the Palestinian public to bolster “popular resistance”—code for throwing stones and fire bombs. 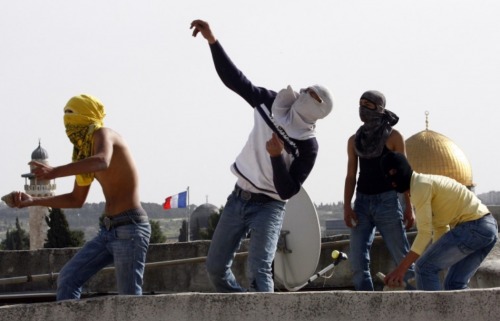 The Palestinians have a long and sordid history of responding to peace talks or international pressure on Israel with a terror campaign targeting Israelis.”

The problem is that many people don’t see rock-throwing attacks as anything to be alarmed about, much less terrorist activity.

I noted in an earlier post that over the years rock-throwing has killed and maimed scores of innocent Israelis but has long been viewed as a popular and legitimate mode of Palestinian protest activism.

As I discussed in the post, the Palestinian rock-thrower conjures up an iconic image and the mainstream media often portrays hurling stones as a “rite of passage”, not an attempt at murder. 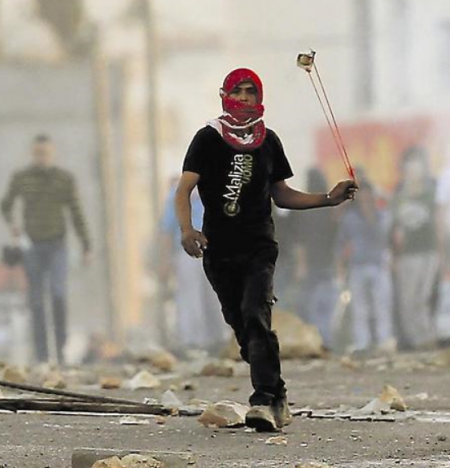 The fact is that hurled stones may be low tech but can inflict unimaginable devastation—even pebbles can be deadly (especially when flung via state-of-the-art slingshots)—no less so than firearms.

The post highlighted the many Jewish Israeli victims of this Palestinian so-called non-violent resistance. But I was remiss at the time in failing to acknowledge that Palestinians can be harmed by stonings too.

The central focus of the short video, which was uploaded to Fox News’ YouTube channel on Tuesday and is now circulating widely on the internet, isn’t about rock-throwing.

Horowitz says that he was intrigued by Secretary of State John Kerry’s claims about West Bank checkpoints in his December 28 speech, delivered a few days after the UNSC 2334 vote.

Specifically, in his speech Kerry lambasted Israel for installing a “web of checkpoints” across the West Bank. According to Kerry, they needlessly “restricted daily movement”, disrupting Palestinian life and making it difficult for people to travel around.

Horowitz set out to verify Kerry’s claims only to find that none of them are true. He was able to traverse the West Bank unimpeded for hundreds of miles in a car with Palestinian plates and a Palestinian driver.

He says he was never stopped once and has the footage to prove it.

There are checkpoints where Palestinians enter Israel from Palestinian-Authority controlled territory—set up during the years of the second intifada (2000-2006) to prevent terrorist infiltration from the West Bank and save lives. Horowitz talks to Palestinians waiting at one of them—the Kalandia checkpoint.

They tell him that it’s no great hardship or nuisance to get through and takes only a matter of minutes.

The evidence in the video debunking Kerry’s West Bank claims match up with other reports about checkpoint crossings being less disruptive today to Palestinians than they used to be in the past. One of the reasons is that Israel contracted with Hewlett-Packard (the company that anti-Israel BDS activists seek to boycott) for biometric ID technology in order to lessen the wait-time for Palestinians at checkpoints.

The 5 minute video is worth watching, but for the purposes of this post, the relevant part comes at the end when a group of hooligan teens decide to hurl rocks (more like small boulders) at the Kalandia checkpoint. Spoiler alert: it’s a Palestinian kid who gets injured. IDF soldiers then tend to his wound. 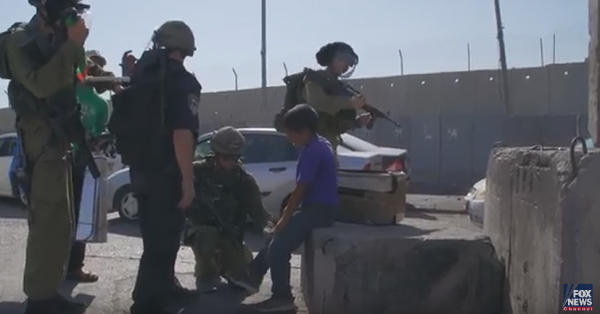 In recent weeks since the UN anti-Israel resolution passed there’s been an alarming rise in these violent Palestinian attacks, primarily rock-throwing. This demonstrates that UNSC 2334 and Kerry’s follow-up speech were self-defeating. If Obama and Kerry’s goal was to get Israelis and Palestinians back to the negotiating table, then they have only pushed that day farther away.

A South African, perhaps Serbian, perhaps Ukrainian, or even Libyan, style intervention is forthcoming, or not. I wonder why not. They tried to paint Israel as an apartheid state and failed. They tried to excuse the aggressive, violent factions of the Palestinian leadership (a la Fatah in Jordan), but Israel, friends, and allies have stood their ground. Your move, Leftists, anti-nativists.

President Obama Still Thinks It Was “the Best Move for Peace”

This is easy to explain. Obama subscribes to the Palestinian notion of “peace” which is defined as “the state of Israel has been erased”.

At this point it’s pathetically obvious that Obama is working himself up to having the US declare a Palestinian state next week.

So the only question is whether another country is going to stop it.

Not gonna lie. I would LOVE to see Putin veto it just to watch liberals melt down over Russia even more

I know they still live in the stone age, but this is ridiculous.

Bibi and the Israelis just need to keep their heads low until noon, next Friday. I get the feeling that Trump believes in their inherent right to self defense and existence.
It will do my heart good to see citizen obongo’s ears burst into flames when we open the embassy in Jerusalem.

In any other country, anyone throwing rocks like that would do hard time, and if groups started doing so regularly the national guard would respond with bullets.

If they could just find a decent left-hander, I think they’ve got a real shot….

I’ll bring my standard refrain to the discussion:

Preferably in the face, and then shoot anyone that tries to “rescue” the body. Let it rot right where it lands. Bonus if you can shoot the firebombs in the thrower’s hands so it douses them and lights them aflame.

If Pigs weren’t so detestable to the Jews as well, I would say have someone train a herd of pigs to eat only human flesh from the dead bodies, and send them out to eat the terrorists, just as a further insult to the terrorists.

Unfortunately that seems to be forbidden for any Jew to start a business doing that due to Pigs uniquely treated uncleanliness. Maybe some enterprising Christian living in the region could do it though.

[I wonder if Zachriel will think this is me advocating for Genocide again.]