Bonuses and student loans to be forgiven in most cases 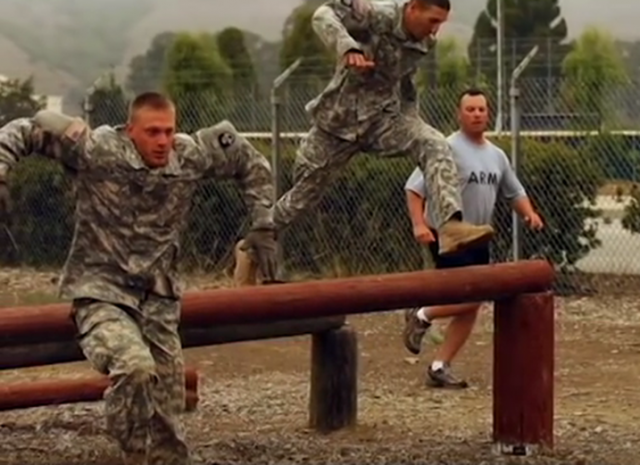 In October, I reported that thousands of California soldiers in the National Guard soldiers were being forced to repay over-paid enlistment bonuses and student loans. Many of these brave men and women were struggling financially to meet the repayment terms.

Shortly after the Department of Defense took a substantial P.R. hit once the details behind this travesty became widely known, Secretary Ash Carter announced he was suspending this program.

Lawmakers have formally hammered out a compromise agreement that allows the Pentagon to forgive bonuses and benefits that were improperly awarded.

The agreement, included in a defense bill due to be voted on by the House on Friday and the Senate next week, seeks to strike a balance between the Pentagon’s concerns about fraud in the bonus system and lawmakers’ attempts to resolve a scandal that has hurt thousands of military veterans and sparked a public furor.

The compromise calls on the Pentagon to forgive the enlistment bonuses and student loan benefits unless the soldier who received the money “knew or reasonably should have known” that he or she was ineligible for it.

The provision stops short of requiring the Pentagon to forgive debts owed by all California Guard soldiers as long as they fulfilled the terms of their enlistment contracts and did not commit fraud — a far more sweeping waiver that members of the California delegation had proposed.

Both Republican and Democratic lawmakers from the state of California are pleased with the terms.

“This largely meets the needs of the soldiers who accepted their bonuses in good faith, as the vast majority of them did,” said Rep. Adam Schiff, a California Democrat. “It should give these soldiers peace of mind during the holidays that the Pentagon won’t claw them back.”

“This is an important fix that ultimately does the right thing,” added Rep. Darrell Issa, a California Republican.

Perhaps Donald Trump’s announcement that retired Marine General James Mattis is his pick for Secretary of Defense may have something to do with this final compromise.

After all, the military won’t need the extra money to fund transgender training sessions and battle-ready climate change measures.

I would like to share this Mattis quote: “No war is over until the enemy says it’s over. We may think it over, we may declare it over, but in fact, the enemy gets a vote.”

Hopefully, this nation’s bureaucrats will no longer wage a fiscal war on our military personnel.

“Perhaps Donald Trump’s announcement that retired Marine General James Mattis is his pick for Secretary of Defense may have something to do with this final compromise.”

Poor Leslie. I’m embarrassed for you.

I suspect most normal people who aren’t consumed by Trump-hate would have read that statement as the humorous comment it was intended to be.

You will be added to my prays, as I hope you soon find a better sense of perspective.

I might even buy that, were it not for all the lilly gilding you did with the quote and Marine stuff.

Well, and your propensity to weave some T-rumpian encomium into several of your posts of late.

Maybe your perspective is a bit skewed. Ever consider that?

Aw, don’t be so hard on Leslie, Rags. I’d be doing the same thing if it were President-elect Cruz 😉

ROFL. In that case, I would also be joining you.

And if you wrote logically inconsistent stuff to twist into a Cruz hagiography, I’d call you on it, too.

I used to enjoy reading your comments.

“Maybe your perspective is a bit skewed.”

According to most vets who served with or under Mattis command, he is very Anti-PC. He is very much ‘cast in the mold’ of General Patton ( WWII ).

Too many vets are saying the same thing for it to be a lie.

I said nothing about Mattis. It was the logical disjunction in what Leslie wrote, like with her Ford vocational trucks piece, that I noted.

I got Leslie’s point and I thought it was a good one. Obama has wasted so much of the money on ridiculous agenda items. Same thing in education. Etc. Etc…..

You embarrass yourself. For many months now.

Keep fighting the battle for the left though. You will go down as big a loser as them.

Obama had to find some way to pay for his social engineering. What better way to get money than to rob the military. He needs that money to pay off the illegal alien voters.

‘Peace dividend’ … except we aren’t at peace.

If I recall, didn’t the Dem controlled CA state legislature gain a supermajority this cycle? I (((shudder))) to think what that will lead to.

The federal government has been doing this for decades. It is not unusual for a department of the federal government to pay recipients more than they should and then attempt to cover-up the DEPARTMENT’s error, by recovering the money from the unwitting recipient. Speak to anyone who draws SSDI and you will hear horror stories of incompetence within the SSA which results in the benefit recipient’s benefits being reduced to pay for an over payment which was none of the recipient’s doing.

While this is convenient for the government, it places an undue burden upon the recipient who accepted this money in good faith.

“Keep fighting the battle for the left though. You will go down as big a loser as them.”

What’s ironic is that Rag’s baseless attacks only serve to inoculate Trump from legitimate criticism. I’m certain there will be a host of things to criticize Trump about in the coming years, but we will instead be spending most of that time dispensing with Rags and his #TrumpIsHitler nonsense.

So welcome to Team Trump, Rags. Thank you for all your help.

Yes, because the whole world reads Rags’ comments here on LI, and his vast influence has a decisive impact on Trump, his ability to lead, and how he is viewed by the public at large. In fact, Rags is such a key player in all things Trump that he’s in constant contact with the Trump team and even being paid by them to improve Trump’s image and his teflon tendencies! It’s a conspiracy of goodness with Rags the central and key and most powerful person evah!

Come on, Fen. Do you even hear yourself? Enough already.

Hen: “I’m certain there will be a host of things to criticize Trump about in the coming years, but we will instead be spending most of that time dispensing with Rags and his #TrumpIsHitler nonsense.”

Except there’s nothing true about anything you said, Herr Doktor Goebbels. I’ve never implied, hinted or outright stated that #TrumpIsHitler, you lying lil’ sack of filth.

What I HAVE said, and is being shown every day, is that Der Donald is a Collectivist who can be relied on to swamp the drain.

The poor idiot who I call Butt-hurt Berri is too dim to get that I solely attack T-rump from the right.

It’s one of your more irrational trolls on me to suggest that anything I say could “innoculate” T-rump, unless you refer to the knee-jerks who form his cultish turd-swirl here. Those idiots are never going to permit any criticism of their Great God Cheeto in any case.

Finally, what’s really amusing here is that I never said a word about T-rump in my comments up-stream, only noting that Leslie’s piece is logically disjunctive. Again.

“What I HAVE said, and is being shown every day, is that Der Donald is a Collectivist who can be relied on to swamp the drain.”

And by your broad definition of “collectivist”, you voted for many before, named Romney, McCain, and Bush.

The poor idiot called Ragspierre is too dim to get that his attacks are unfounded, wrong, and useful to the left.

2. your too stupid to avoid repeating yourself

3. helpful to the Left

Also, tell us where you got the total bullshit that the economic LAW of comparative advantage (a status it holds because it has been so completely demonstrated)…which you don’t BEGIN understand…is passe, has ANYTHING to do with unemployment OR the relative cost of labor.

I’d seriously like to know who packed that crap in your skull.