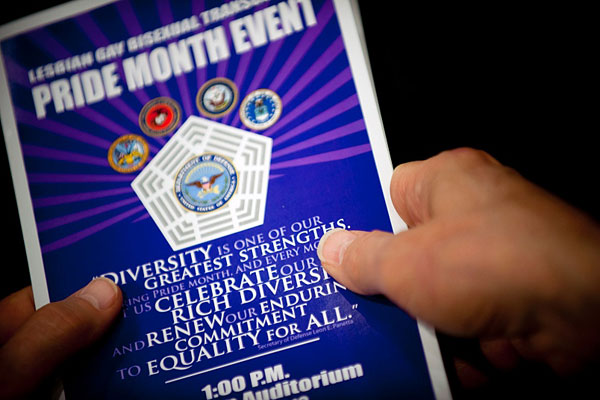 Now that the Pentagon has approved transgender military members to serve openly, the military is planning for the massive number of its transgender personnel who will undoubtedly embrace their inner “zi.”  To that end, the United States Navy is planning a three-pronged training process to help sailors with the transition.  Three-pronged.  Seriously.

“This training will emphasize policies and expectations of personal behavior,” the message states.

These sessions will also be open to equal opportunity advisers, ombudsmen and other command-designated representatives who will have a role in training the tenant commands on policies governing transgender troops.

No matter where in the world an American sailor is, he or she (or zi) will receive a transgender training kit.

“Service members are expected to maintain standards of conduct and treat each other with dignity and respect,” she said. “Training for sailors will be conducted by command triads via mobile training teams or DVD with a facilitation guide if the unit is in a remote area and unable to receive face-to-face training. There will also be webinars for COs to ask questions prior to delivering training to their commands.”

According to the message, DVDs and discussion guides will be mailed to each unit, along with copies of the commander’s tool kit and a Defense Department guide being created to explain policy. The webinars, made available to leadership teams, will be provided after mobile training team visits as an opportunity for subject matter experts to answer any remaining questions before fleet training begins.

All sailors will have completed a training session on the new policies by July 1, 2017, Anderson said. That’s when the services plan to begin accepting transgender recruits for the first time.

Along with permitting transgender troops to serve openly, the military is creating procedures for troops to change their “gender marker” in the administrative Defense Enrollment Eligibility Reporting System, and laying out rules to govern how troops might undergo medical gender transitions while in uniform.

Our government shoving genetic perversion up the noses of our military. What a load of crap.

I knew Adm. Zumwalt shouldn’t have let them have facial hair.