One of many under-reported compassionate acts. 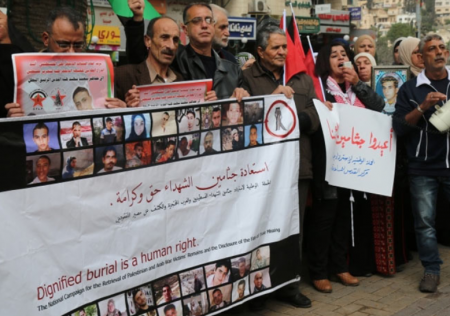 For Hamas, Hezbollah and other terrorist groups, the most prized possession is the body of an Israeli, alive or dead. Those bodies are used both to inflict mental anguish on the Israeli public, but also to trade for prisoners who themselves have killed or attempted to kill Israelis.

There have been many similar kidnap attempts in Israel proper, as well as Judea and Samaria (the “West Bank”), in which local Palestinian terrorist groups have tried to kidnap, or succeeded in kidnapping, Israelis. Because of Israeli control of the area, unlike in Gaza and Lebanon, the kidnapping doesn’t get far, resulting in repatriation or death.

Yet, in the prevailing narrative of the Israeli-Palestinian conflict, the settlements in the West Bank and the Jews who live in them are called the main obstacles to peace. West Bank settlers—some 350,000 Israelis—are typically stereotyped as zealots and racists who are hostile to Arab Palestinians.

Given this widespread view, a recent news item featured in the Israeli media is worth sharing (brief accounts in English appeared in both The Times of Israel and Haaretz, see here and here). The articles recount the efforts of a group of Israelis who live in the West Bank’s Gush Etzion settlement bloc to help the family of a Palestinian teenager retrieve his remains for proper burial in the neighboring village of Beit Ummar. 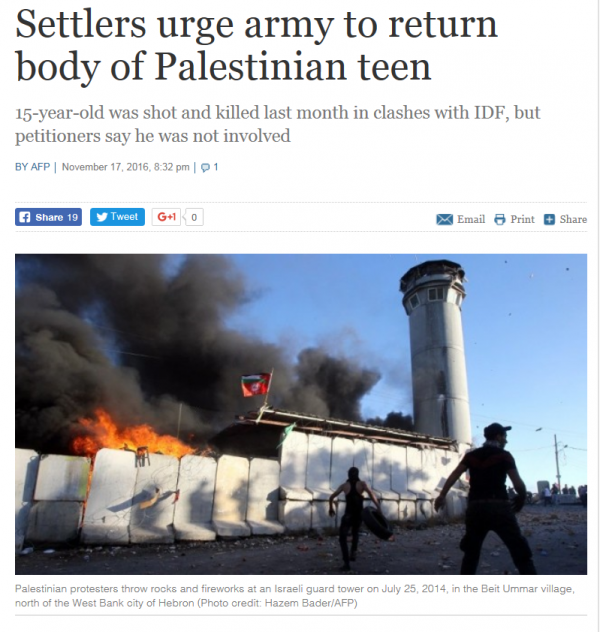 As best I can tell, no mainstream media outlet outside of Israel covered this story.

A group of people from the Etzion settlement bloc have appealed to the Defense Ministry to hand over for a family funeral the body of a Palestinian teen shot dead by the army.

In a letter seen by AFP on Thursday, seven rabbis were among around 30 Gush Etzion residents who called on Defense Minister Avigdor Liberman to ‘immediately’ deliver the body of Khaled Bahar, 15, for burial.

Bahar was shot dead on October 20 as Israeli soldiers opened fire on Palestinian stone-throwers near Beit Ummar in the southern West Bank.

The signatories of the letter said an investigation by the army had found that Bahar ‘apparently had nothing to do with the stone-throwers.’

‘We, inhabitants of Gush Etzion, with links to residents of Beit Ummar and neighboring villages, ask that the family be allowed to bury the young man’, the letter reads, noting that the Bible does not allow bodies to go unburied.

Also among the signatories were the poet Eliaz Cohen and Michal Froman, a young woman who was stabbed by a Palestinian assailant in January at a time when she was pregnant.” 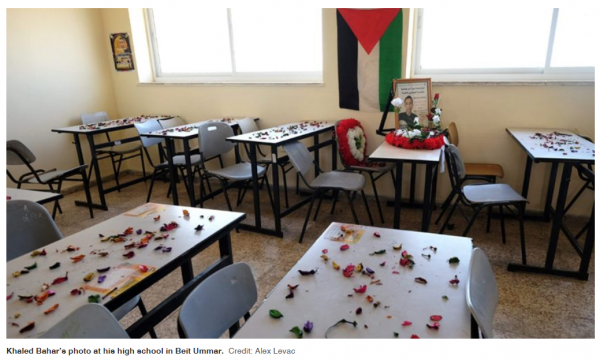 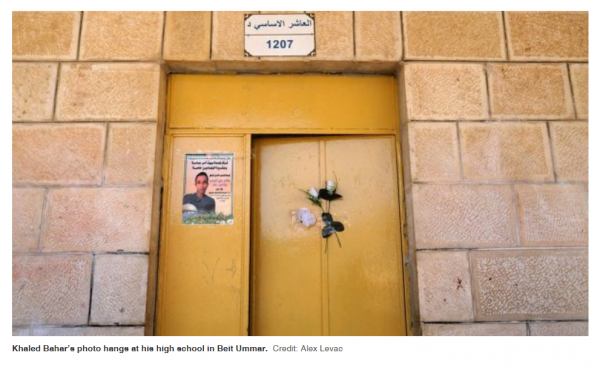 The context for the petition is Israel’s resumption of a controversial policy of delaying return of the bodies of Palestinians killed by Israeli security forces while perpetrating acts of terrorism.

The practice had prevailed during the years of the second intifada from 2000-2005. Since the start of the wave of stabbings, car-rammings and shootings in October 2015, the IDF has also often refused to return the bodies of Palestinians killed in clashes with police and the IDF, sometimes for a number of months. 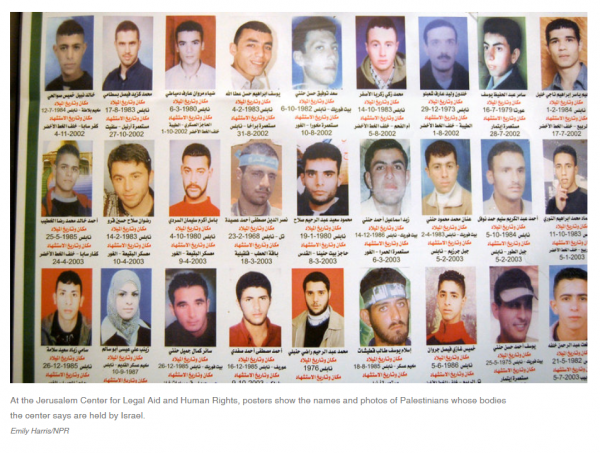 The thinking was withholding the corpses would deter further acts of violence because Palestinian burials of ‘heroic martyrs’ were typically large, public events that quickly became infused with incitement. 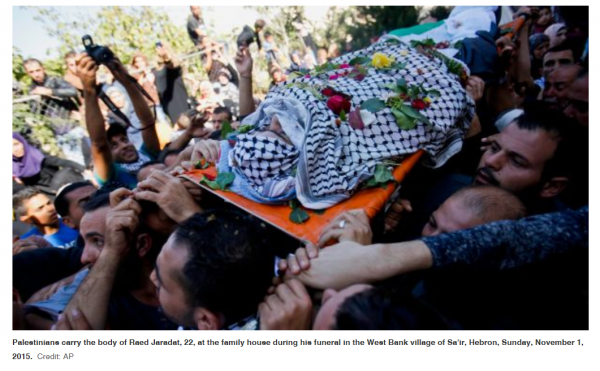 In a post from last November, for example, we showed how one of these funerals became a celebratory occasion glorifying violence and encouraging more of it when two ‘martyrs’ were posthumously married during the event. 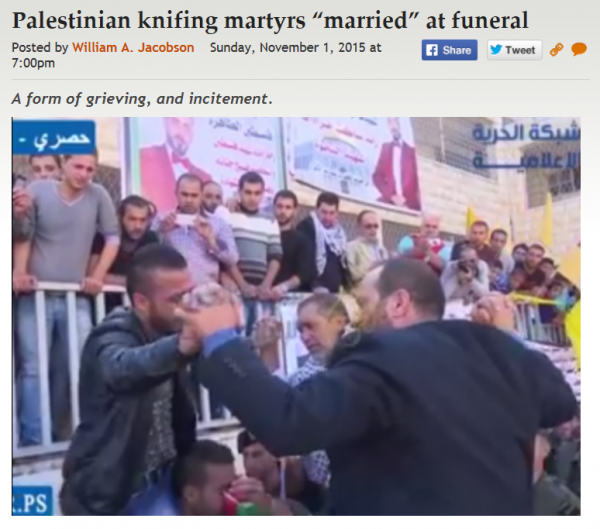 Israel’s Public Security Minister Gilad Erdan ordered the police to stop releasing the bodies of Palestinian attackers after a video surfaced online showing a large crowd at a funeral for a slain terrorist chanting anti-Israel slogans, praising the terrorist act, and calling for more violence.

But Defense Minister Moshe Ya’alon had opposed the policy arguing that it had little deterrent value and in fact, by increasing tensions and catalyzing West Bank protests, it raised the prospect of further violence. So for a time the army had begun to return corpses to their families for burial. 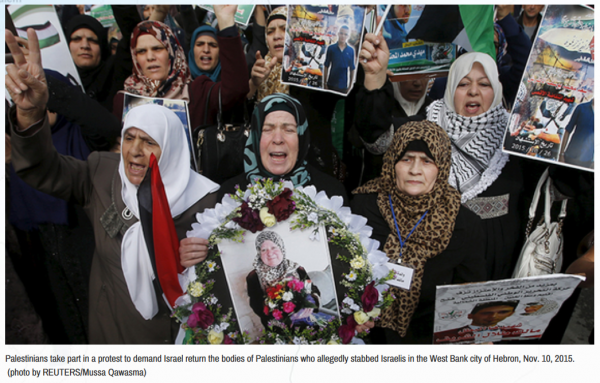 That changed when Avigdor Liberman took over the Defense Ministry.

Liberman ordered a moratorium on returning bodies in the wake of the Tel Aviv attack last June.

The halt was ordered the day after two terrorists killed 4 people and wounded 16 in a shooting spree in central Tel Aviv’s Sarona Market (see our post here). 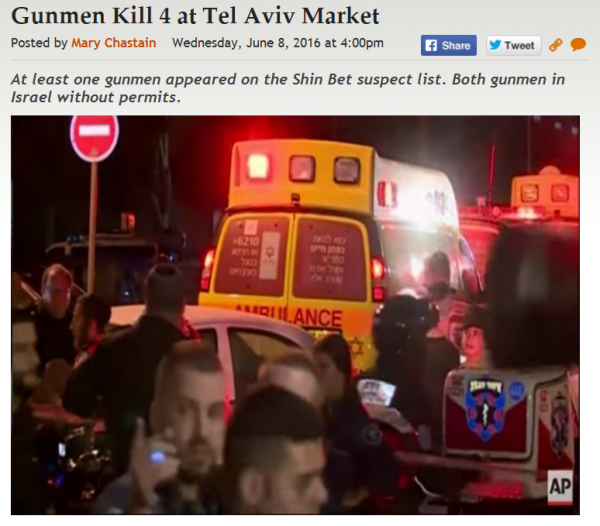 At the time, Erdan agreed with Liberman, recommending that Israeli authorities return to the prior practice of burying the remains in a cemetery reserved for that purpose. PM Netanyahu reportedly asked the National Security Council to form a committee that would examine the issue. 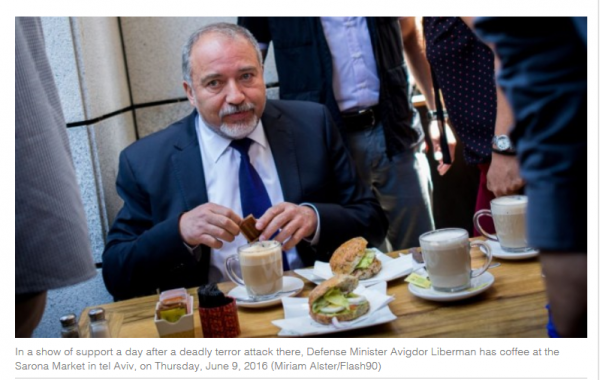 [Photo Credit: The Times of Israel]

A Gesture of Kindness on Behalf of Grieving Neighbors

The letter from the Gush Etzion residents didn’t focus on policy. In this instance, the killing of Khaled al-Bahar wasn’t a clear case involving a terrorist.

The missive was a heartfelt plea on behalf of the Beit Ummar residents, with whom the Gush Etzion residents reportedly said they had “close ties.”

can bury him and mourn for him in accordance with their religion…As people of faith, we cannot accept the security forces holding onto the body.”

Eliaz Cohen, one of those who initiated the letter, told Haaretz that he and the other petitioners were pained by the unnecessary “tension and unrest” that IDF custody of the body was causing in Beit Ummar:

When you feel the pulse and live in a partnership of sorts with the other side—and we have a considerable number of partners from Beit Ummar—these stories don’t go in one ear and out the other, and you understand how complicated this business is…Our language is one of faith and in this matter [involving] a violation of respect for the dead and a violation of the image of God in man, we said we can remain silent no longer.”

To my mind, this compassionate action is remarkable, considering that one of the petitioners was herself the victim of a terror attack. But these sorts of gestures by Israelis who live in the Gush Etzion area aren’t uncommon.

Several years ago they joined with Palestinians in nearby communities to lodge a complaint against the Israeli government, protesting the construction of a segment of the security barrier which would cut through Palestinian olive groves, agricultural farmlands, and a nature preserve.

In a recent post, we also reported about the mayor of the town of Efrat inviting Palestinians from neighboring villages to partake in a Sukkot holiday meal, aimed at strengthening the relationship by facilitating a respectful airing of grievances. As we highlighted, when four of the Palestinians who attended were later arrested by the Palestinian Authority for fraternizing with the enemy, the distraught mayor intervened to ensure their release. 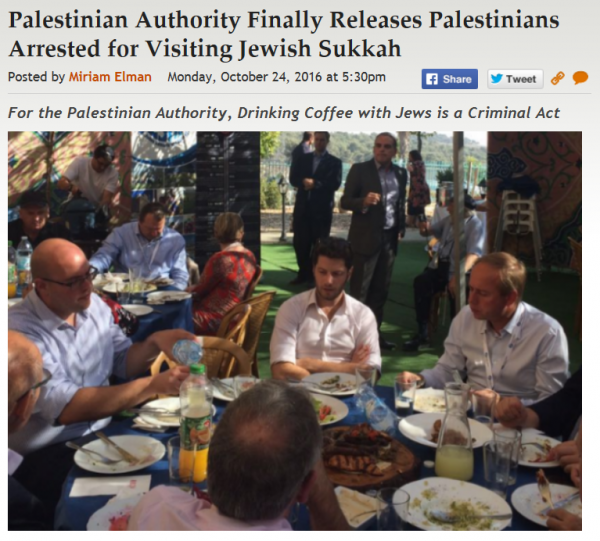 So despite the relentless intimidation that West Bank Palestinians face from fanatical anti-Israel BDS activists, Palestinian Authority officials, and those from within their own communities determined to pressure them into avoiding all ‘normalizing’ with Israeli settlers, the interactions still happen.

Share this post the next time someone tells you that Israeli settlers are all reactionary Jews and racist haters hell bent on harming Palestinians. The reality is that, living lives guided by their faith, the vast majority are good, decent people who harbor no ill will toward their Arab neighbors.

[Featured Image: Protest in Nablus Demands the Return of the Bodies of Palestinians Killed by Israeli Security Forces While Perpetrating Terror Attacks During the ‘Stabbing Intifada’, Credit: Activestills, December 3, 2015]

I don’t think these Jews get it. Arabs hate them BECAUSE they are Jews. End of Story. They can act as compassionate as they want but thats not going to change the facts on the ground that Arabs want Jews dead…the deader the better!