A 12-hour block, followed by possible additional hurdles to restore his account 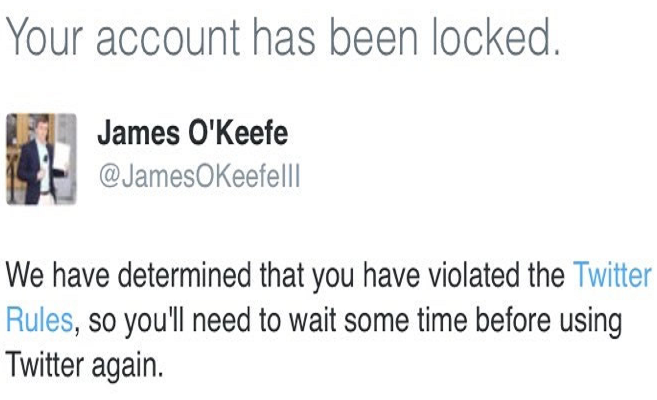 O’Keefe’s Project Veritas has been dropping some hot stories of late . . . none of which reflect well on Hillary Clinton.  For some reason (?), his Twitter account was briefly suspended.

On Wednesday, O’Keefe released a video which shows a male Hillary Clinton staffer stating: “To be fired I would have to grab Emma’s [female coworker] ass twice and she would have to complain about it, I would have to sexually harass someone.”

The second video also showed the campaign worker stating that he could rip up Republican voter registration forms and not be reprimanded.

We’ve already seen that Twitter has an odd measure of what’s acceptable and what is not, usually favoring—no surprise—Democrats and suspending conservative accounts.  Like Insty, O’Keefe is back up and running again now.

The Queen is not amused…