“This is why I get more conservative as I get older.” 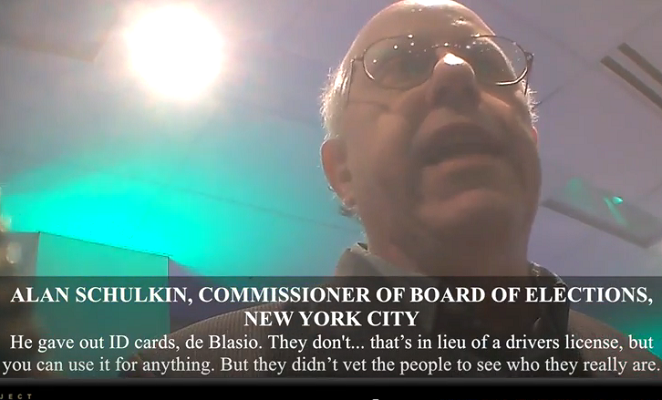 More for the election fraud that doesn’t exist files: An election official is caught by Project Veritas stating that NYC Mayor Bill de Blasio’s id program is “contributing to all kinds of fraud.”

The Manhattan Democratic representative on the city’s Board of Elections was caught on a secret video slamming Mayor Bill de Blasio’s municipal ID program as contributing to “all kinds of fraud” — including at the polls.

“He gave out ID cards, de Blasio. That’s in lieu of a driver’s license, but you can use it for anything,” Commissioner Alan Schulkin said in the undercover video recorded by a muckraker for conservative nonprofit Project Veritas.

“But they didn’t vet people to see who they really are. Anybody can go in there and say, ‘I am Joe Smith, I want an ID card,’ ” he said in the bombshell tape.

“It’s absurd. There is a lot of fraud. Not just voter fraud, all kinds of fraud . . . This is why I get more conservative as I get older.”