Ireland is home to some of the worst anti-Israel BDS groups. 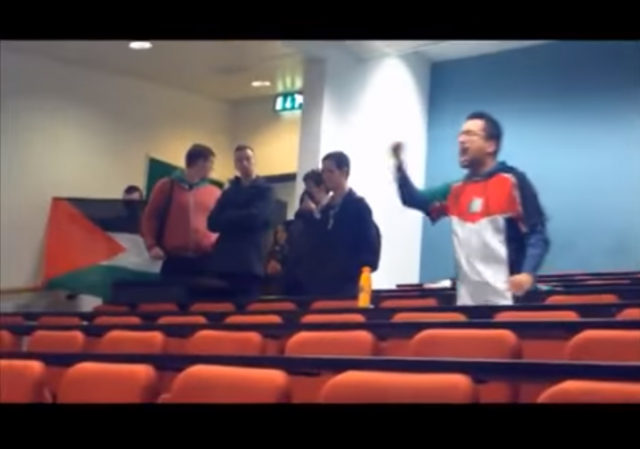 We have noted previously that some European banks are closing accounts of anti-Israel Boycott, Divestment and Sanctions movement groups:

The Bank of Ireland, the country’s oldest financial institution, closed the accounts of the pro-Boycott, Divestment, Sanctions organization’s Ireland Palestine Solidarity Campaign (PSC) in late September. The group’s accounts were terminated in Ireland and Northern Ireland, according to a report Sunday in the Irish news outlet RTÉ.

A spokesman for the Bank of Ireland wrote The Jerusalem Post on Monday saying that they “cannot comment in relation to customer accounts.”

According to RTÉ, the PSC said the bank closed its accounts because it defined transfers to Palestinian territories as high-risk. The PSC said it transfers funds to a factory in the West Bank that produces Palestinian scarves that the PSC buys to promote solidarity, wrote RTÉ.

The PSC had held accounts at the Bank of Ireland for 15 years.

The Irish pro-Palestinian group opened a new account with the Allied Irish Banks (AIB). A Post query to the AIB was not immediately returned on Monday.

According to RTÉ, the PSC believes it is vulnerable to a new closure.

Post media queries to the PSC in Ireland were also not immediately returned. The AIB and the Bank of Ireland are considered to be part of the “Big Four” Irish financial organizations. SPC also maintains a PayPal account.

The SPC branch in Ireland is a hardcore BDS group targeting the Jewish state.

This is a significant move, because Ireland is home to some of the most vicious and nasty anti-Israel BDS groups, as we noted in April 2012, The Irish anti-Israel sickness. It includes creeps like Joseph Loughnane, featured in this video verbally abusing a British academic for the sole reason that he supports Israel’s right to exist: