France and Germany Shutting Down BDS

France and Germany Shutting Down BDS 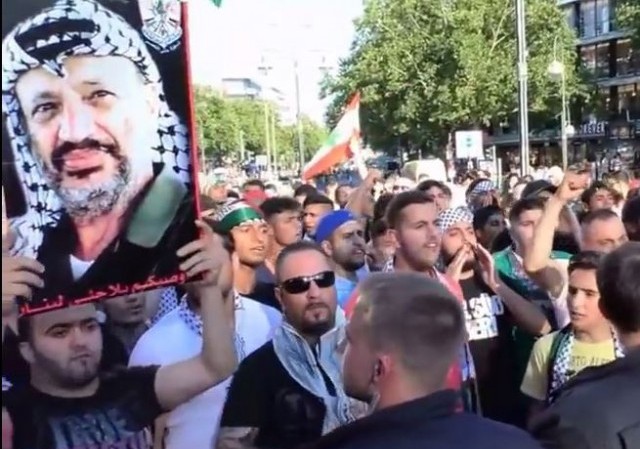 French banking giant BNP Paribas is shutting down a major financing source for the Boycott, Divest and Sanction (“BDS”) campaign in Germany.  This is the latest in an anti-BDS trend in Germany and, potentially, the first step in cutting of BDS funding in Europe.

Benjamin Weinthall, a Fellow for the Foundation for Defense of Democracies wrote in The Jerusalem Post:

The Munich-based DAB Bank is slated to discontinue the account of one of the top BDS campaign websites in Germany, the Jerusalem Post has learned.

This is good news in-and-of-itself, but actually understates the implications.  First, it is part of a broader anti-BDS trend in Germany.  According to JPost:

There is a growing backlash against BDS in Germany. The city council of Bayreuth rescinded on Tuesday its human rights and tolerance prize to the pro-BDS US group Code Pink.

In September the Commerzbank, Germany’s second largest bank, closed a pro- BDS account connected to the al-Quds day demonstration and annual marches in German cities calling for the destruction of Israel.

The bank “closed the account in September because of business conditions,” a spokesman told the Post in September.

Recognition by ordinary Germans that BDS is a hate campaign and should not be tolerated is a major victory, and its development should be monitored and encouraged.

Second, it may be that BDS’s financing is going to take a much bigger hit. According to the Jerusalem Post:

It is unclear if action by BNP Paribas against the BDS-Kampagne account is connected to possible violations of French anti-BDS or anti-terrorism laws.

The implications are potentially enormous.  BNP Paribas is France’s biggest bank and a financial powerhouse with a a troubled history of skirting financing regulations.  Just last year, BNP Paribas paid nearly $9 billion in civil forfeitures and fines to the U.S. government for:

conspiring to violate the International Emergency Economic Powers Act (IEEPA) and the Trading with the Enemy Act (TWEA) by processing billions of dollars of transactions through the U.S. financial system on behalf of Sudanese, Iranian and Cuban entities subject to U.S. economic sanctions.

If BNP Paribas is shutting down BDS accounts in Germany because of anti-BDS laws in its home country of France, the implication is that it will shut down BDS accounts everywhere.  According to its website, BNP Paribas was operating in 78 countries in 2013, meaning BNP’s decision could reverberate around the globe.

Even more so – and still assuming BNP Paribas is closing BDS’s German account in compliance with French law – every French bank might soon close every BDS account everywhere in the world.

That is a hefty tactical win for BDS opponents.

Where does the BDS support money originate from? Sovereigns like Iran or Saudi Arabia? Or some billionaire or another?

My guess is Saudis, Soros, Zuckerberg. Z is such an obviously self-loathing Jew, the way he panders to Muslims.

This is all excellent news and WAY overdue.