Black Life In Louisiana Wants to Know: Where Are The #BlackLivesMatter rescue boats?

Black Life In Louisiana Wants to Know: Where Are The #BlackLivesMatter rescue boats? 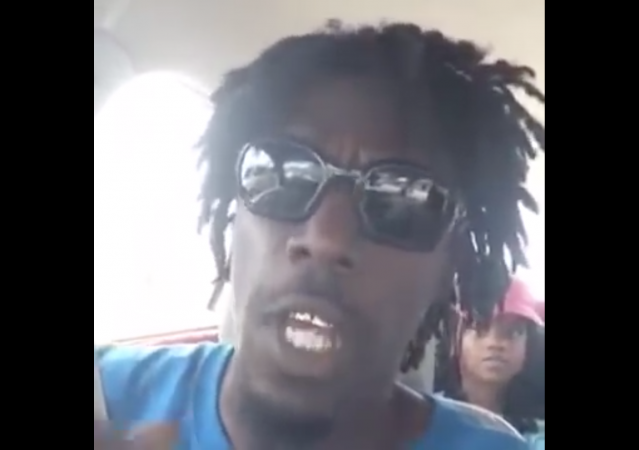 Legal Insurrection has chronicled the radical social upheaval pursued by Black Lives Matter, which seems to have enriched some of the participants more than accomplished anything worthwhile.

However, the lack of BLM response to the Louisiana floods now have some black Americans questioning the movement’s true motives. Jerry L. Washington, a former Baton Rouge resident who went to southern Louisiana to lend a hand after the disaster, is angry about failure to respond.

He has a few choice words for Black Lives Matter:

…“If y’all out there, where ya at? Where ya boats? Where ya money? Where ya food? Where ya services at?”

“Black Lives Matter: Obviously we must [not] matter too much, because I ain’t seen y’all yet, when we really need ya.”

Washington wasn’t the only one angered by the lack of response from the self-appointed beacons of social justice, either.

Black Lives Matter drew an outraged response on Facebook last week after promoting a company offering free family photos to victims whose pictures were destroyed in the flooding.

“This is the most you have done after you [came] and raised hell and stirred up [a] mess … Where are the donations from your organization?” asked Manolo Espinal of Louisiana. “[B]oats to rescue people? Food for the hungry? Where are the marches and protests for the homeless and those who lost everything?”

In reflecting upon the lives saved by the Cajun Navy, Prof. Glenn Reynolds wrote:

Bad things happen. When they do, don’t wait for help. Be the help. It’s an attitude that’s not just for Cajuns.

That is a lesson Washington has clearly learned. He is helping organize donations:

As CEO of The Real Cadillac Recordz, LLC, he appears to be using is social media savvy and humor to organize a Go Fund Me page on a mission:

…Hi, My name is Jerry L Washington and I’m from Baton Rouge Louisiana. I’m the voice of the people of Baton Rouge. Sabrina Pack will be withdrawing the funds as she will be the person in charge of purchasing the gift cards and documenting who, gets a gift card, how much it is, and the date and time.

We will call the families documented, get the ok and POST UP to put the donations right in their hand. With such devastating disaster putting so many people out of their homes and into shelters we must do something to help. We must also use our power, our energy and love to help the ones who need us get their lives back together. We don’t know if we will reach our goal but if we do, we are going to start an annual Live, Laugh, and Love Festival in honor of God, our great country THE PEOPLE of America, and myself, Jerry L Washington.

…We will start by dispersing those gift cards to the families we’ve already helped and provide public proof by photo, video, and the testimonies of the people we helped. We will keep documents of what we spend to avoid any legal penalties…

I can’t imagine why Washington would think Americans would be wary of charity organizations?

Meanwhile, President Obama finally made it to Louisiana. After he remarked that he would be gone in 5 months so he doesn’t “worry too much about politics,” he praised the efforts of the Federal Emergency Management Agency (FEMA).

“I could not be prouder about the work that FEMA has done,” Obama said, calling their work “high quality.”

He urged all Americans not to criticize the federal government, and pointed to their success on the ground in Louisiana.

Relying on FEMA is probably unwise, as indicated by its response to the devastating Superstorm Sandy in 2012. In April of this year, a former contractor for FEMA said he was told to deny or underpay claims exceeding certain ranges in deciding compensation for its victims.

…Jeff Coolidge, a former manager for OST Inc., said at a news conference he was required to deny or underpay almost all of the roughly 1,000 Sandy claims he handled during the four months he worked as a flood manager supervising a team of case workers on the claims review task force.

“I left the Sandy review process because it is a sham,” he said. “I was literally losing sleep because I didn’t want to be a part of that fraud anymore.”

Who should Baton Rouge residents trust more: Jerry Washington or Washington D.C.? I know who I would choose.

Not surprisingly, Black Lives Matter — which claims a parallel between Blacks shot by police and the treatment of Palestinians by Israel — has had nothing to say about a Palestinian beaten to death by Palestinian police.

BLM is not present as they may find themselves in a position where they accidentally help someone not of color. They wouldn’t want to have to help out a privileged person who lost their home and everything they owned.

Great post as usual Leslie!
Word is some peoples favorite charity, The Clinton Foundation, was Johnnie on the spot. It made sure there were enough funds in its rifled account it would cover Chelsea’s paycheck.
“The vital work of the Clinton Foundation must go on!”
Never question the “integrity” of such people who do such “work!”

Mabeee it happened, but was not publicized, but….

I haven’t seen or heard tell of the Wrong Reverends Wright, Jackson, Al or Farrakhan doing jack diddly in Louisiana.

Nor have I heard of the NAALCP doing ought.

BLM people down there would only help themselves to whatever they could steal.

If a liquor store was flooded out they would come take everything off the top shelf.

There were four black women arrested the other day for looting homes in the flood zone. They were trying to remove a window air conditioner.

There have been numerous other people arrested for trying to carry off items from abandoned homes of evacuees. They were all black. Every one of them.

Expecting protestors, rioters and looters to rescue people. Good luck with that! That’s too much like work.

Several times I’ve sent emails to BLM, asking why they don’t think Black Lives Matter in the womb. Odd. They never respond. The last stat I saw was approximately one-third of all abortions (since 1973) were performed on black women. BUT, if Conservatives/Republicans demanded that all UNMARRIED black women be FORCED to have abortions, a lot more babies would be born.

Soros hasn’t cut the PO to bus them out there yet. Besides, his “agitators” don’t come in the shape of outboard motors.

Like most protest organizations, BLM is only for the people who run it. They will do whatever they can to promote themselves and make money. Just like jug ears going down there after most of the rescue and emergency work has been done and promising that he will deliver for the people of LA just like he did for the Veterans or Sandy Hook. All talk and no action!

I got into it with three black teenagers at the grocery store last night. I couldn’t contain myself. They were riding around in those electric carts that should be reserved for the disabled. Which, tell me I’m if I am wrong, is like parking in the handicapped space.

To make a long story short, I had a higher opinion of them than they did. Words were exchanged. That was all. Maybe I made a difference. I hope so.

Indeed, #BlackLivesMatter. Wasn’t that was what the whole anti-slavery movement was about?

Everything is too wet to burn down?

We have all got to stop thinking of BLM as a racial organization. They are not. They are an anti-Capitalist, far Leftist/Marxist organization using race as a wedge issue to divide the nation. Further, they are aligned with anti-Semitic forces globally.

I don’t expect them to do anything but to use our laws and freedoms against us. Nothing else “Matters” to them.