Amazing letter of support for police in liberal Ithaca, NY

Amazing letter of support for police in liberal Ithaca, NY

“I felt very sad … to see your flag basically permanently at half-mast due to the killings of police officers.” 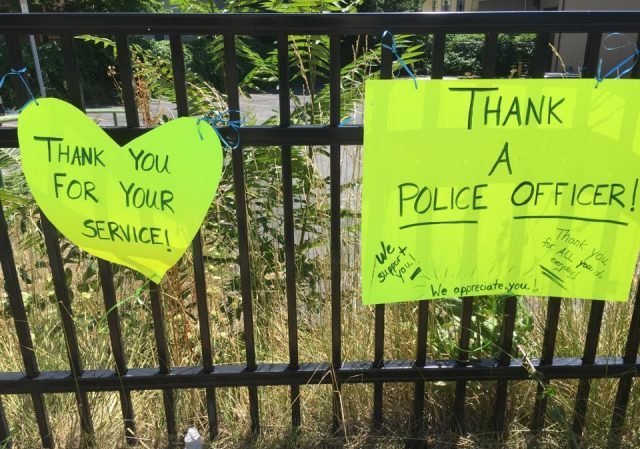 It’s not easy being a police officer in Ithaca, NY, where I live and work. Ithaca is the home of Cornell University and Ithaca College, and is known for being “10 sq. miles surrounded by reality.”

First, despite it’s fancy (pseudo) intellectual and progressive “caring” veneer, there is a serious drug and violent criminal underground in Ithaca. It’s a magnet for problems from upstate communities in distress. This will come as a surprise to most who send their kids here for college or pass through on their way to Finger Lakes wineries, yoga retreats, and organic whatever. But it’s no surprise to the Ithaca Police, who have to deal with shootings, including of police officers.

Second, it’s not easy dealing with 20,000+ college students in a town with a permanent population of only 30,000. Lots of drunks, noise complaints, and rowdiness.

Third, it’s not easy dealing with progressives, many of whose first instinct is to demonize the police. We saw that at the recent Black Lives Matter event where the police were insulted and the lead organizer, professional activist Dubian Ade, called for defunding the police department.

Fourth, it’s not easy being a police officer anywhere these days. Which makes Points 1-3 even more challenging.

With all that in mind, the Ithaca Police Department published on its Facebook page an amazing letter of support:

On Jul 28, 2016 Chief Barber received the following email from Shyam K. Sriram, a scholar who studied at Cornell University this past summer. Support like this is appreciated more than words can describe. This email was shared with Mr. Siram’s permission.

My name is Shyam (pron. SHAAM) and I had the pleasure of living in Ithaca this past summer while I took language classes at Cornell. I subleased an apartment at 126 E. Spencer, and crossed in front of the Hall of Justice every day. I took delight in smiling at every police officer I saw and they smiled and waved back. Not sure if anyone remembers an Indian guy wearing a shirt and tie in this humidity, but that was me.

I wanted to write this email after I returned to California to thank you for such maintaining such a remarkable police department. While my only formal interaction with your department was on July 10th when I called to complain about my neighbors sitting on their roof and partying during a week day – to which an officer rolled up within minutes and gave them a warning – I have lived across the U.S., and truly have never met a more friendly group of law enforcement officers than in the City of Ithaca.

Chief Barber, I am American born, but of South Asian descent, and a Muslim too, but there was never a single moment this summer when I felt unsafe in Ithaca or did I ever feel that anyone in blue treated me with anything but the highest degree of respect. In fact, I felt very sad over the last few weeks to see your flag basically permanently at half-mast due to the killings of police officers.

In short, I want to congratulate you on hiring a fine group of officers. Organizations succeed when they have quality personnel, and I can see that you hire only the best. I am a former community college professor, and will return to that field after I finish my Ph.D. I teach my students how to be better citizens, and part of that is getting them to write letters to government officials when there is a problem, but also when praise needs to be doled out too. It has been my privilege writing this email.

This is me! Glad this is going viral. Hope I can inspire others to appreciate law enforcement! 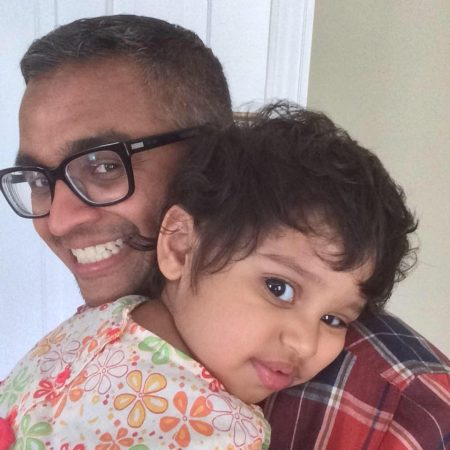 [Featured Image: Via Ithaca Police Department – “These posters appeared anonymously on the fence in front IPD. What an awesome show of support!”

His “progressive” “colleagues” are going to eat him alive over that. As for Professor Sriram; well done, sir.

“In short, I want to congratulate you on hiring a fine group of officers. Organizations succeed when they have quality personnel, and I can see that you hire only the best.”

When one examines the personal and professional lives of the dozens of police officers murdered so far in 2016, one sees that this observation applies universally. If the murdered cops are a random sample of all cops, the bad cops, while they do exist, are very rare, leftist narratives notwithstanding.