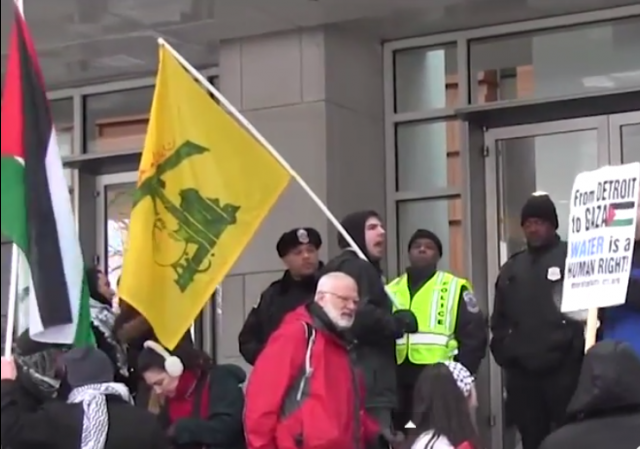 One of the most common questions I get when I give speeches about the Boycott, Divestment and Sanctions (BDS) movement has to do with its funding.

BDS, including in the U.S., has plenty of money to organize, fly people around, and coordinate efforts across dozens of campuses and multiple countries. Yet BDS portrays itself as just a bunch of concerned people seeking to do social justice.

The money angle, though, is barely exposed.

Some of the funding comes from the fundraising efforts of tax-exempt groups like Jewish Voice for Peace and the U.S. Campaign to End the Occupation. Some of it comes from churches and church-related groups like Sabeel North America and American Friends Service Committee, which use their tax exempt status to fund anti-Israel activities.

I have long argued that at least for educational tax-exempt entities, supporting academic boycotts violates the tax-exemption, and that simple congressional action could solve the problem.

[Note: I just received a Press Release that a group of American Studies Assocation members have filed suit against ASA regarding its academic boycott. I will have more details when I see the Complaint.]

Testimony at a congressional hearing on April 19, 2016, shed additional light on assistance given to Students for Justice in Palestine (SJP) and similar student groups, which increasingly focus on disrupting Israeli and pro-Israeli speakers on campus and sponsoring student government BDS resolutions.

The hearing was more broadly about threats to Israel, and presented several speakers. One of the speakers, Jonathan Schanzer of the Foundation for the Defense of Democracies addressed the connection between Islamist activists and BDS in the U.S. (written statement here, full embed below).

Schanzer, a former terror finance analyst for the US Treasury, presented open-source research conducted by his group, the Foundation for the Defense of Democracies which highlighted a network linking Hamas supporters with the leadership of the BDS movement.

The research tracked employees of three now-defunct organizations – the Holy Land Foundation for Relief and Development, Kind Hearts Foundation for Humanitarian Development and the Islamic Association for Palestine — all of which were implicated by the federal government for terrorism finance, specifically of Hamas. A federal court found that the Holy Land Foundation had sent some $12 million to Hamas over the course of a decade

The research yielded what Schanzer described as “a troubling outcome” – with seven key employees of these organizations now associated with the Illinois-based organization American Muslims for Palestine.

Schanzer told members of Congress that the latter is “arguably the leading BDS organization in the US, a key sponsor of the anti-Israel campus network known as Students for Justice in Palestine.” The organization, he said, provides money, speakers, training and even “apartheid walls” to SJP activists on campus, for the annual Israel Apartheid Week events.

“The overlap between AMP, Holy Land, Kind Hearts and the Islamic Association for Palestine is striking,” said Schanzer, but noted that “our open source research did not indicate that AMP or any of these individuals are currently involved in any illegal activity.”

“The BDS campaign may pose a threat to Israel, but the network I describe here is decidedly an American problem,” he warned. Americans for Justice in Palestine raises money as a transparent 501c3 tax-exempt non-profit, which then provides funds for AMP which has the usually temporary designation of a corporate non-profit – a status that is usually transitional en route to a tax-exempt 501c3 organization.

The BDS movement is not as portrayed on campuses.

As we have documented, BDS was not a result of a grassroots “civil society” boycott call, but of an Islamist, anti-Semitic government-instigated effort conceived at the 2001 Tehran conference resulting in the 2001 Durban conference boycott call.

It’s good that people now are following the money. Not surprisingly, that money leads back to anti-Israel Islamist activists. The BDS movement, as did its predecessor movements even before Israel was a state, always has been religious-based discrimination. BDS hates Israel because it is a majority Jewish state. Plain and simple.

In that context, the involvement of Islamists behind the scenes in the U.S. is no surprise.

The age old “whack-a-mole” game. Shut one company/foundation down, a new one starts up with the same people and same goal. The only thing different is the public name.

The only way to really stop this is to kill the funding.

It would be poetic justice if ALL the funds they received went to terror victims and the victims medical bills instead. ( No buying “not-so-smart-bombs” ).

There is no pleasing the anti-Israel crowd. They will believe lies and deception before ever entertaining the truth.

And once again the Left shows how their Olympian ignorance leads to such gullibility that they are easily manipulated. You would think that at some point they would learn form their serial embarrassments, but they appear to be learning impaired. Perhaps this is why they figure so prominently as educators in our universities.