And the jury verdict is … 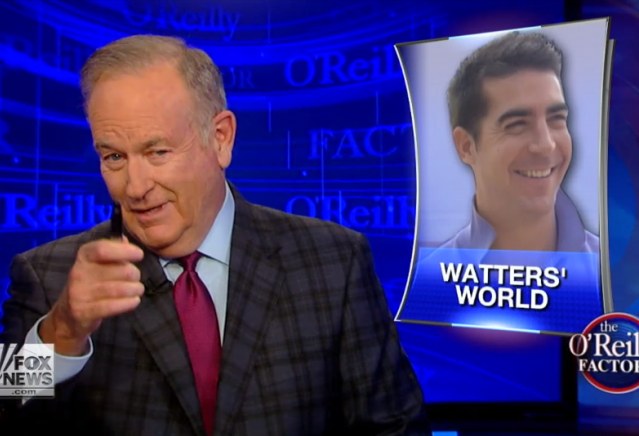 Jesse Watters of the O’Reilly Factor on Fox News visited Cornell late last month to interview students about a Cornell Daily Sun report that over 96% of faculty donations went to Democrats.

And then a funny thing happened. Cornell Media Relations shut Watters down. Which created — as I predicted — a Streisand Effect.

There was widespread criticism of Cornell’s handling of the event, including by mainstream media.

But those reactions were peppered with cheap shots at Fox News and Watters, like the claim by The Daily Sun in an editorial that accused Watters of posing “witless questions” and engaging in “shoddy journalism techniques.”

So Watters and O’Reilly ran a follow-up segment last night, with more video. Via The Cornell Review:

“They called you a practicer of shoddy journalism,” O’Reilly laughed, referring to a Sun staff editorial about the video and media fallout.

Watters responded, “I didn’t embarrass the students, they did that for themselves.”

And the verdict is?

Watters would be a vast improvement if hired by CNBC.

But that’ll NEVER happen! Generally, all the Cornell coverage is totally justified, plus a lot more!

Meanwhile, on the campuses of Vasser & Oberlin, the US Constitution was shredded b/c panic attack trigger.

Yet another example of the folly of diversity and inclusiveness

The young lady who wrote the Cornell news article seemed pretty open, not biased, which was quite impressive. I also love that the students admit that they write a lot of their leftist-angled schoolwork to ensure a good grade, for two reasons: first, that shows they know the difference in left and right – i.e. can see the propaganda, bias and indoctrination; also, they have critical thinking skills (and understand the leftist profs’ game of “you will fail or get graded down if you don’t agree with me and my leftist viewpoint”) – because it exposes the REASON that diversity of viewpoints is ESSENTIAL in higher education!

EPIC FAIL Cornell U! Cornell, and all the rest of the Ivy League schools that kicked Watters off campus, you got pwned!

I love the cognitive dissonance that occurs when the religion of diversity is confronted with the fact of their 96% Democrat faculty. A furtive but loud “YES” to “do you believe in diversity?”, but a stunned silence on why 96% Democrat is fair and balanced.

For the leftists, “diversity” actually means accepting all leftist trope. Everything is beautiful, except traditional conservatism, the only recognized evil on campus.

The “Senior Director of Media Relations” guy may be a Trump plant. For a split second when the sun was reflecting off his hat at exactly the right angle, pretty sure I saw the wording change from Cornell University to “Make America Great Again”.

If he was a Trump plant, he would have just pointed at Watters and said “You’re fired!”.

A fundamental difference between lefties and conservatives/libertarians is that lefties view others as evil, while cons/libs view others as simple-minded. The natural progression from those views is what we are witnessing in the world today. Lefties are okay with silencing or eliminating their opponents by any means necessary while cons/libs try to educate their opponents.

Mag, I thought I saw the media director give birth to a gigantic goose egg that flew up in the air, land on his head, crack open, and release tendrils of bias which oozed out over his Marxist face and beard.

Now that there is a indelible mental picture if ever there was one.

Not only is the faculty is biased to the left, so is most of the administration and board of trustees. The board of trustees can be changed by elections and they can make the other changes happen.

The faculty political leaning follows the normal Bell Curve. The problem is that the fourth and fifth standard distributions to the right fall at left of center on a national scale.

Instead of the Bell curve, I was thinking more along the lines of the Gong Show Curve. Lord knows most of these mental midgets would feel right at home on that stage.

There are many ex-Hippies, who are aging Profs. on college campuses who seem to be making their last ” Stand,” to destroy the USA. Old criminal ” Hippie,” Bill Ayres, who launched the Obama campaign in his living room, is still trying to help any groupthat is trying to destroy the country. When we have a pres. who controls the MsM & the Justice Dept. who seems to control Congress, You have a near self- imposed Dictator. If Hillary is elected, it will be like a 3rd Oblamo term. I still think that he has no plans of leaving.

I grew up in the sixties near Berkeley. What happened to the free speech movement that started there? Where are those students? Oh, right, they are the tenured professors at this and all the other universities. Full circle.

I hold no torch for Megan Kelly, but I did hope her popularity would knock O’Reilly off FOX TV, which is to say, off TV entirely.

It won’t be long when the US Constitution will require a Warning for micro aggression and hate triggers.

I disagree. If a private enterprise believes in the goodness of its values, koolaid or no, then it should seek to find professionals that emulate them. Despite this being hypocritical, Cornell or its ilk not seek diversity for its own sake, as the video suggests. If people object to Ivy League ideology, have them vote with their wallets and feet and government funding (if ever applicable) to tout the doors of another institution of higher learning. Let the Ivy League embarrass its own name past recognition (as some student interviewees appeared to do).

I’m not a fan of the videos since it’s heavily-edited “gotcha” journalism with what looks like a clear intent to embarrass the interviewees with the cartoonish insertions. With these abrupt outtakes, context to their statements went missing. This struck me as the opposite of both fair and balanced, with plenty of preconceived bias (even if the bias is largely correct).