EPA waters rule not about water–“it’s about power” 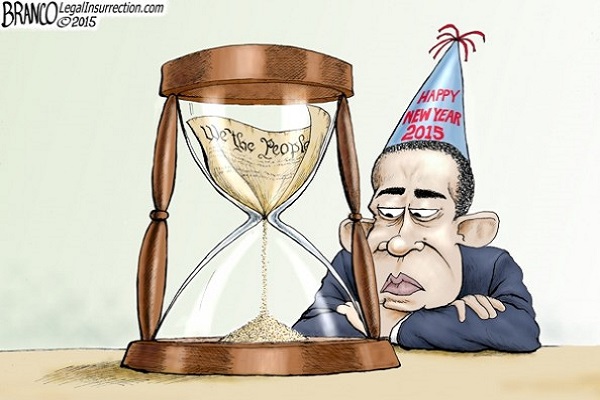 The Obama EPA’s “Waters of the U. S.” power grab has come under a lot of scrutiny and resistance, and rightly so. In addition to citizen outrage and push back from Congress, the EPA is now facing two lawsuits filed by the Attorneys General of 16 states.

Texas and 15 other states filed suit to block the new “navigable waters” rule as soon as it was published.

The EPA legal eagles have not one lawsuit to worry about, but two. Texas, Louisiana, and Mississippi have filed suit in Houston. Alaska, Arizona, Arkansas, Colorado, Idaho, Missouri, Montana, Nebraska, New Mexico, Nevada, North Dakota, South Dakota, and Wyoming have filed suit in a separate case to have the rule overturned.

“The EPA’s new water rule is not about clean water — it’s about power,” Paxton said. “This sweeping new rule is a blatant overstep of federal authority and could have a devastating effect on virtually any property owner, from farmers to ranchers to small businesses.”

“If it moves forward, essentially anybody with a ditch on their property would be at risk of costly and unprecedented new regulations and a complicated web of bureaucracy. Texans shouldn’t need permission from the federal government to use their own land, and the EPA’s attempt to erode private property rights must be put to a stop,” Paxton said.

McCarthy said the new rule is actually a good thing for businesses and landowners because it ensures that waters protected under the Clean Water Act are more precisely defined and predictably determined, making permitting less costly, easier, and faster.

She also said the rule is grounded in law and the latest science, and is shaped by public input.

“Protecting our water sources is a critical component of adapting to climate change impacts like drought, sea level rise, stronger storms, and warmer temperatures,” said McCarthy, “which is why EPA and the Army have finalized the Clean Water Rule to protect these important waters, so we can strengthen our economy and provide certainty to American businesses.”

Now that we’re looking at the coming “mini” Ice Age, we probably needn’t worry about all of these changes associated with warmer temperatures.  Not that we worried in the first place.

“From the beginning, I have explained that this rule from the EPA and the (Army) Corps goes beyond the intent of Congress under the Clean Water Act and will negatively impact Arkansas’s agriculture community, a community that accounts for one in every six jobs across the state,” said Rutledge.

“I am confident that the courts will once again affirm that local oversight and local control is the best way to protect our waters.”

Louisiana Attorney General James “Buddy” Caldwell (R) joined the other attorneys general who argue in the suit that the rule violates the Commerce Clause of the Constitution and the federal Administrative Procedures Act, and that the rule infringes upon states’ sovereignty rights granted under the 10th Amendment.

“Our farm ponds and drainage ditches, even our backyards, could be subject to costly and burdensome federal regulation under this absurd rule set forth by the EPA,” Caldwell said. “We are confident that the courts will recognize this as an illegal power grab and will prevent the federal government from intervening in state matters. This rule would require the states to spend our scarce tax dollars regulating dry creek beds, for example.”

Colorado Attorney General Cynthia Coffman (R) said her state, often seen as one of the more environmentally aware of the 50 states, knows well how important water is as a resource.

She also said, thank you very much, but Colorado does not need the EPA’s help in keeping its water clean.

Actually, none of the 50 states need the EPA anymore.  Maybe it’s time to do something about that.

THIS is what must happen! State, county, borough,and city push-back against anti-constitutional edicts, rules, regulations, guidelines, and executive orders must come from a majority of the states. Such push-back must be forceful and backed by rigid willpower.

If such actions fail to quickly and effectively materialize, this soft federal tyranny we are current experiencing will soon harden and an inordinate number of lives, fortunes, and sacred honors will be required to reclaim our American rights and freedoms.

What do you call a “shuttered” EPA agency?

The Federal EPA is obsolete.

State and local authorities do a much better job than the old EPA ever has.

I agree with Gingrich that it is time, past time, to shut down and replace the EPA. If it were up to me the new agency would be kept strictly to a research and advisory role and be absolutely forbidden from creating new regulations. If new laws & regulations, or tweaks to existing l+r’s, are needed let Congress create and pass them. With Congress at least we the voters have a rather direct means of dealing with them if they pass a rather bone headed law.

Sunset laws for regulations are something I also favor, especially for ones that have outlived their usefulness.

Welp, time for “sanctuary states, counties, and back yards”.

Can we set up – EPA free Sanctuary States?

Does anyone know when that has ever been done, previously? The Government make something less costly, easier, and faster?

If it has been done, you can be sure somebody made a mistake.

A good friend was the late James “Preacher” Harrelson, former SC State Senator and Representative, who first gained fame as the defense lawyer who won acquittal for a black DI charged in the deaths of two Marine recruits in basic training at Paris Island around 1960.

Preacher owned some fields near his Green Pond, SC home that he hadn’t rented out in several years. The ditches had become overgrown, so he had them cleared out before spring planting. The Army Corps of Engineers sent him a cease and desist letter claiming he was altering wetlands illegally and ordering him to fill in the ditches. It wasn’t until he produced old aerial photo clearly showing the fields and ditches they agreed to stand down.

That was over 20 years ago, they are much worse now. It needs to be stopped and reversed.

Give it time. More states will join as they prioritize it and go through their procedures to file.

Good to see my state getting in on this as well. We’ve got a lot of lakes here in Oklahoma, many of them artificial. These new reg’s have the potential to impact a lot of lives within this state.

“Colorado does not need the EPA’s help in keeping its water clean.”

True, but are you willing to raise the necessary State taxes to do so at the State level? or, are you intending to keep sucking at the Federal teat for the funding?

I’ve long maintained that it was the unwillingness of the States to raise taxes for all the programs that they wanted back in the Roosevelt days. It’s a lot easier for the State governments to blame D.C. for all those nasty taxes than it is to raise ’em themselves. It was that cowardice that tipped the balance of power in favor of the Executive Branch, and which kicked off the Administrative State that we find ourselves unable to contain today.

The States need to take their powers back; to grab those programs back; to re-assert themselves as the sovereignties that they are constituted to be. But they must also be willing to take on the burdens of those programs. They’ll have to be willing to stand in front of their voters and tell them “There are no Federal funds anymore. We’ll have to raise the State taxes to cover these programs.” Until and unless they’re willing to do that, these lawsuits are just barely more than hot air.

With power comes responsibility. Do the States really have the courage to live up to the power that they claim to want? On the record to date, I’m skeptical.