All your puddles are belong to us 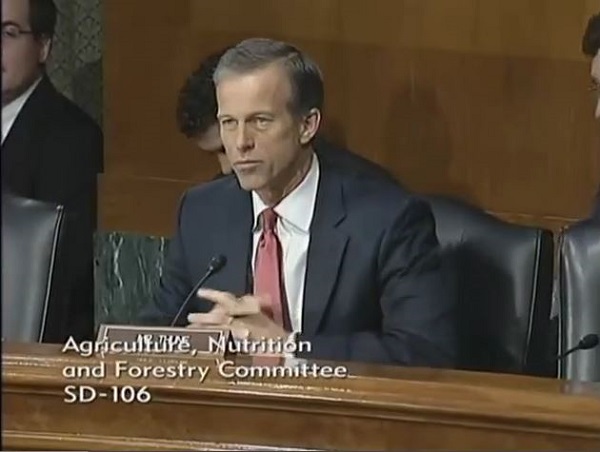 While presented as a means to protect drinking water and “hold[ing] polluters accountable,” the Obama administration’s latest EPA rule, Waters of the United States, is rather more far-reaching than many conservatives like.

According to the document (full text embedded below), the rule itself is not intended as regulatory (that probably comes later), but is instead “a definitional rule that clarifies the scope of the ‘waters of the United States’ . . . .”  Essentially, almost all fresh water, including that in “water-filled depressions,” is now under the federal government’s purview and subject to government oversight and regulation.

On its face, the Waters of the United States rule is largely a technical document, defining which rivers, streams, lakes and marshes fall under the jurisdiction of the Environmental Protection Agency and the Army Corps of Engineers. But opponents condemn it as a massive power grab by Washington, saying it will give bureaucrats carte blanche to swoop in and penalize landowners every time a cow walks through a ditch.

. . . “This rule will provide the clarity and certainty businesses and industry need about which waters are protected by the Clean Water Act, and it will ensure polluters who knowingly threaten our waters can be held accountable,” Obama said in a statement after the EPA released a final version of the regulation. “My administration has made historic commitments to clean water, from restoring iconic watersheds like the Chesapeake Bay and the Great Lakes to preserving more than a thousand miles of rivers and other waters for future generations. With today’s rule, we take another step towards protecting the waters that belong to all of us.”

Obama’s emphasis is on safety and clean water; the rule, however, greatly expands the definition of what waters “belong to us all,” including that on privately-owned property.

The agencies and their supporters say the safety of drinking water and stream health are threatened because of weak state and local regulation and a lack of enforcement. The rule is meant to make it clearer which waterways EPA and the Corps of Engineers can oversee under the 43-year-old Clean Water Act, which covers “navigable waters” such as the Mississippi River and Lake Erie but is vague on how far upstream protections must go to keep those water bodies clean.

In essence, the rule would establish whether antipollution laws are triggered if a farmer blocks a stream to make a pond for livestock, a developer fills in part of a wetland to put up a house or an oil pipeline has to cross a creek.

“The only people with reason to oppose the rule are polluters who threaten our clean water,” senior White House adviser Brian Deese told reporters during a conference call. He added that the rule “is based on common sense. … The status quo is rife with unsustainable confusion over what’s protected and what’s not.”

The final rule ensures protections for tributaries that have physical signs of flowing water, even if they don’t run all year round, and ditches that “look and act” like tributaries, said Jo-Ellen Darcy, the assistant secretary of the Army for civil works. The rule also limits EPA regulatory oversight to any body of water within 1,500 feet of another water body already covered by the rule, unless they have a surface water connection.

We’re being protected by the federal government from citizens wantonly creating ponds on their own property.  Sound familiar?

You can read the rule here:

Translation: The science is settled! Now shut up and do what you’re told!

Any opposition are diverters, wreckers and saboteurs!

Since my seasonal backyard puddle will now “belong to all of us”, the next question is, how soon before the glorious Peoples’ EPA bans cisterns and private rainwater catchment?

In Oregon, it already is. If you collect water that would have gone in to a communal water source (ie; pond, river, lake, water table), then you are guilty of theft.

My suggestion is that each of them should send a written warning:

I, [insert name], hereby give notice to all concerned that the act of proposing EPA regulations “triggers” an extreme negative reaction in me, including but not limited to hives, hemorrhoids, fear, loathing, goosebumps, paranoia, copiuos tears, runny nose, etc.

Many? I can’t think of any conservative who thinks it’s a good idea that the EPA have control over the muddy pond that forms in my back yard whenever we get a decent rain.

Or is that sarcasm?

I was going for thoughtful understatement, but “sarcasm” works nicely. 😛

The EPA is yet another unelected, unaccountable government body that is designed for mischief rather than any public good. Time to kill off that dinosaur, along with its outdated and equally useless federal brethren ~

If there is a little pothole in front of the White Hut, I’d gladly piss in it and let the black messiah regulate it. Go ahead and have at it.

How about air? Will they claim the air in party balloons? Will they require permits to blow them up?

My little acres are currently doing what civil engineers call “sheet flow”. Water is flowing (too damn slow) off every inch of my place, and under the surface, as well. Texas has a lens of impermeable clay not far below the top soil, which is why our soils are so “doughty”. Everything above that lens gets saturated very quickly, and quickly dries out.

I have a lil’ “creek” at the back of my place, which is, naturally, a “tributary” to a real creek.

It is very common here to pull sand off our own land for use as a building pad, on which our foundations are formed. That leads to creation of a happy, happy pond, such as I have. Wildlife LOVE it. I’m sure that some EPA martinet would want to screw with me over it.