Conservatives are right to question the EPA–here’s proof

Conservatives are right to question the EPA–here’s proof

It’s not paranoia if they’re actually plotting against you. 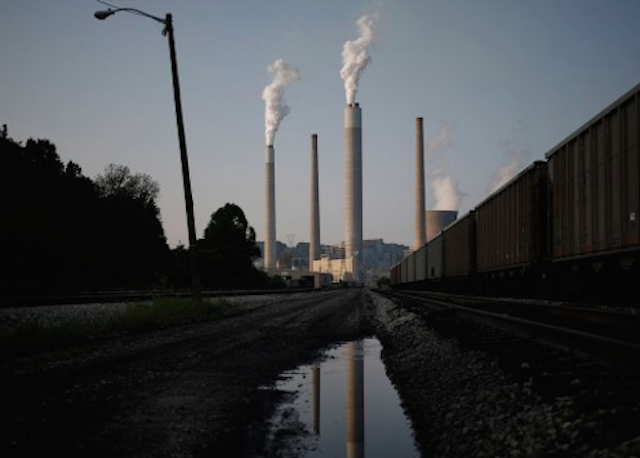 Earlier this month, the EPA lost big when the Supreme Court ruled that the agency had erred during implementation of new regulations governing coal-fired power plants. That blow came on the heels of Congressional action against the EPA’s new “Waters of the United States” rule, which opponents rightly argue amounts to little more than a power grab legitimized under the trappings of “environmentalism.”

It’s an agency under fire; and while it may not be teetering on the verge of total self-destruction, evidence released today suggests that the EPA may be more nervous than they’d like to admit about maintaining a hold on private enterprise. E-mails obtained from the EPA via a FOIA request submitted by the Environment & Energy (E&E) Legal Institute show that agency officials used talking points provided by a left-wing special interest group to sway prominent journalists covering controversial new power plant regulations.

From Lachlan Markay at the Washington Free Beacon:

Weiss emailed Goffman in September 2013 with a series of suggestions for convincing the Times’ Matt Wald of the commercial viability of carbon capture and sequestration (CCS) technology, a vital component of the agency’s stringent power plant emissions regulations.

Five minutes later, Goffman sent an email to five colleagues in his office and the agency’s public affairs division. Unredacted language in the email is identical to language in Weiss’ list of talking points.

Please give Lachlan and the WFB some traffic by clicking through to read the whole thing.

Of course, EPA spokeswoman Melissa Harrison is hedging, saying that “No one forwarded a suggestion as their own, and one email is not representative of how the agency works,” and that “EPA’s priority is reaching out and engaging with the public and stakeholders so we hear from as many voices as possible. Nothing we do is about one individual or group coming up with an idea or suggestion.”

No one expects agency flacks to insulate themselves from talking points favorable to whatever policy it is they happen to be pushing; but if you read through the e-mails, you can sense a level of cooperation—if not collusion—that doesn’t just happen.

The EPA is in trouble, and this copy/paste job just made it worse.

You can read Legal Insurrection’s coverage of the EPA here.

This is actually a decades-old story. EPA pukes have been doing this sort of thing for many years. The whole movement is a closed loop.

It’s even worse than that. A favored tactic of EPA over the last 20 years or so is when they want a rule they know will run into heavy public opposition and trouble with Congress – even when Democrats were in control, they thought twice about the wanton destruction of industry and jobs – they don’t propose it and go through the long process of public comment, hearings, etc.

Instead, they get their pals at one of the leftist groups to sue them over it. They then “negotiate” with the group and agree to the demands, which they propose as a consent decree. Few judges will object to a settlement between the parties to a suit, so the Decree becomes a judicial order.

BOOM! New rule, no public comment or input, no congressional or even Administration interference with the Green Agenda.

So, what Democratic contributor makes a fortune from carbon capture and sequestration (CCS) technology ?

The EPA is not needed. It should be shut up and boarded up.

Some of the NFP enviro groups are actually fronts for the lawyers the groups “hire”, and the only members are those lawyers plus a legal aide. The federal or state department throws the case so federal or state gov’t is forced to comply with whatever they wish was a law, and the lawyers get a big payday.

Quite right – I describe the process in my reply to Rags, above.

The sooner the EPA is a defunct government agency, the better off we all will be. In fact, if more government agencies were closed, there would be more money for the American people to keep in their own pockets. People blame Nixon for the EPA, but it was a almost a veto proof DemocRAT Congress that forced him to sign the bill into law.

The EPA is a superfluous relic from the past, totally unnecessary. The Indian stopped crying decades ago ~

And it should be mentioned the “Sue and Settle” scam they play.

An enviro group sues the EPA for something, and since the EPA loves the “suggestion” made in the lawsuit, they settle, and it’s now “a court decision” whereby the EPA not only did not put up a fight, but wanted the decision.

The EPA is the only place an enviro extremist can get a serious job.

Consider this: I live in Alaska. RIGHT NOW we are having our yearly out of control forest fire season.

One big reason? We cannot clear cut … due to the EPA. So, every year (or nearly every year, last year was very wet) we get these blazing walls of death called forest fires.

Then – and you can’t make this sh!t up if you tried – they are now telling us that “due to the high amount of particulate matter in the air, we need to regulate wood stoves”.

Wood stoves. Not the out of control raging infernos due to no one being allowed to clear cut and to get rid of the brush that burns easily – no, they go after our sources of heat.