Referendum calls for complete academic and cultural boycott, and includes implicit call for destruction of Israel. 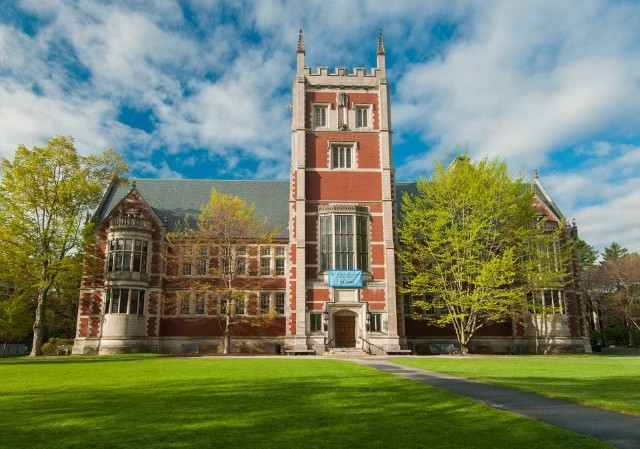 On Thursday, April 30, 2015, I reported on a developing story at Bowdoin College in Brunswick, Maine: ALERT: Bowdoin College Students May Vote on Israel Academic Boycott

The Bowdoin College Students for Justice in Palestine (SJP) group may obtain sufficient signatures on a Petition to send a referendum endorsing the full academic and cultural boycott of Israel to a vote by the full student body.

This is not a mere “divestment” resolution. In calling on the full student body to endorse the complete boycott of Israel, the referendum appears to be taking an unpredecented move among college anti-Israel initiatives, which normally are narrowly tailored.

It is a resolution, much like that passed by the American Studies Association, that would cut all academic and cultural ties with all Israeli Universities and any Israeli scholar or student acting on behalf of or through those universities. The ASA boycott was condemned as a violation of academic freedom by over 250 University Presidents (including Bowdoin’s) and several major academic groups, such as the American Association of University Professors.

As of 5 p.m. yesterday, Bowdoin SJP apparently obtained the necessary signatures, even though the online petition is short of the 383 signatures needed. There were some students who signed on paper, I am told, to reach the required number.

The voting on the referendum has just started, as detailed below. But there is a question as to whether it even is procedurally proper.

The referendum may be procedurally defective under the Bowdoin student government Constitution since there was nothing in the text of the Petition which stated that the signatories wanted a referendum on the issue. The Petition did not contain the word “referendum” or any specific referendum language.

This is particularly important as the referendum that will be put to a vote (text below) contains an implicit call for the destruction of Israel by demanding a boycott until Israel “ends its occupation and colonization of all Palestinian lands ….”  The Boycott, Divestment and Sanctions movement considers all of Israel to be occupied Palestinian land, hence the common chant at campus rallies: “From the River to the Sea, Palestine will be Free.” (Language warning on link.)

It is unlikely that students signing the Petition understood they were calling for a referendum on the destruction of Israel.

THIS IS YOUR PERSONAL BALLOT AND IT CAN ONLY BE USED ONCE.

IF YOU CHOOSE TO FORWARD THIS EMAIL, PLEASE BE SURE TO VOTE FIRST. OTHERWISE, YOU MAY UNINTENTIONALLY GIVE SOMEONE ELSE THE ABILITY TO VOTE FOR YOU.

ONCE YOU HAVE VOTED YOU CANNOT CHANGE YOUR VOTE .

Voting will be open from today at noon until Wednesday, May 6th at noon. Please feel free to contact me with any questions or concerns you may have.

I am informed by a student with access to the voting website that the text of the referendum is as follows:

“Do you support a resolution boycotting Israeli academic and cultural institutions as detailed below?

It is resolved that the Bowdoin student body endorses and will honor the call of Palestinian civil society for a boycott of Israeli academic and cultural institutions. It is also resolved that we support the protected rights of students and scholars everywhere to engage in research and public speaking about Israel-Palestine, as well as their right to speak out in support of the boycott, divestment, and sanctions (BDS) movement.

This boycott will remain in place until Israel:
1. Ends its occupation and colonization of all Palestinian lands and dismantles the Wall;
2. Recognizes the fundamental rights of the Palestinian citizens of Israel to full equality; and
3. Respects, protects and promotes the rights of Palestinian refugees to return to their homes and properties as stipulated in UN resolution 194.

I am in favor of the boycott of Israeli academic and cultural institutions as outlined above.

I am opposed to the boycott of Israeli academic and cultural institutions as outlined above.

I abstain (I do not have enough information to make an informed decision).

The choice of “abstain” is important because it is semester-end, and students are entering reading period and finals, and the vote is taking place without any time for campus debate.

In particular, SJP is misrepresenting to students that the academic boycott does not target individuals. We have debunked that canard many times.  (See our article about Vassar for an example of what an academic boycott means on campus.)

An amusing article. It mistakenly states, however, that the boycott targets individuals. The boycott specifically cuts links with Israeli academic and cultural institutions that are integral to state policy of occupation, siege, systematic discrimination, but individual level contact, collaboration, and research between scholars is good as long as the Israeli scholars aren’t operating as representatives or ambassadors of the state or state institutions.

In fact, the total academic boycott of Israeli academic institutions is a boycott of the individuals working there, as I explained in my speech at Vassar in May 2014:

Universities are not just buildings or abstract concepts — they are the people who work there. Any academic or scholar acting through an Israeli university affiliation, which is what academics and scholars normally do, will be boycotted.  That SJP cannot defend its own boycott without word games speaks volumes to the need for Bowdoin to have had a real conversation on what the referendum actually means.

Students for Justice in Palestine’s (SJP) proposed boycott of Israeli academic and cultural institutions infringes upon academic freedom and damages the Bowdoin community. We believe the student body has not been sufficiently informed about the serious effects that the boycott will have on members of our college, prospective students and alumni. To be clear, this article is not a stance on the Israeli-Palestinian conflict, rather we aim to make clear the effects of the boycott.

If the referendum passes, the implications include:

If this referendum passes, it will severely restrict Bowdoin students’ educational opportunities as well as those of faculty and staff. We feel that the boycott will stifle discussion about the broader conflict and limit the free exchange of ideas. This boycott threatens Bowdoin’s academic integrity and reputation as an open-minded and tolerant community.

Also, will Bowdoin students be willing to live up to the consequences of their actions? Will they in fact boycott the vast array of medical, scientific and technological innovations and devices developed at or in cooperation with Israeli Universities?  (If so, they should turn off their computers and cell phones.)

The option to abstain is important also because as both we and The Bowdoin Orient reported, there was significant confusion among students signing the Petition as to what the Petition even meant:

Juniors Zachary Albert, Rachel Snyder and Evan Eklund submitted an op-ed to the Orient on April 9 [link here] expressing their opposition to SJP’s petition and urging BSG to reject the resolution.

“A lot of the people who are signing are minimally informed, and those signatures don’t mean anything because they don’t know what they’re signing. But they are about to mean everything,” said Snyder.

Earlier this week, members of J Street U Bowdoin, a student organization that labels itself “the political home for pro-Israel, pro-peace Americans,” emailed all those who had signed the petition and shared a link through which students could unsign the petition.

Sasha Kramer ’16, one of J Street U Bowdoin’s leaders, said that many students thanked the group for enabling them to take their names off the petition.

Leah Kahn ’15, acting on behalf of a separate group of students but not any specific organization, forwarded a separate email sharing the same link with petition signers.

While no group was able to provide an exact number, Lamel estimated that around 60 people unsigned the petition following the emails.

Under the Bowdoin student government Constitution, there must be a quorum of the one-third of the 1915 total students who participate in the vote, and the referendum requires a two-thirds majority of those voting to vote Yes in order to pass.

The outgoing Bowdoin President, Barry Mills, already is on record opposing the boycott of Israel. Incoming (as of July 1) President Clayton S. Rose has not yet responded to an email this morning seeking his position.

Unlike SJP, which is highly organized and has been working on the boycott plan for months, students opposed to the boycott only recently created an informal group to get information out to Bowdoin students.

This referendum is highly unlikely to result in any substantive actions against Israel, but has symbolic importance for the anti-Israel movement on campuses.

Similarly, if the referendum fails, it will signal that there is no appetite even among progressive students for an academic and cultural boycott of Israel, even when there is a highly organized and aggressive campaign to achieve that result.

We will keep you posted on further developments.

I can’t stand brunswick. bangor area not a whole lot better but is palatable

RE: “the vote is taking place without any time for campus debate.”

Of course it was planned like that on purpose……

So, only 154 years ago, Bowdoin College supplied one the great heroes of the Civil War, a man who went on to be governor of Maine and president of that college, but now some at that college wish to make themselves known as an institute where anti-Semitic scum rule, those purveyors of ignorance and hatred, and most of all, those who wish to deny others any rights at all.

Well, that’s one of the great benefits of our First Amendment,that these people may announce to the world their positions on anything, idiotic or good or simply dumb or stupid. Yet, these self same wannabes would take away that right of free speech from their opponents.

May we now go after these fools and demand that they identify who is funding their efforts, a complete list showing names of its donors and the amounts donated? After all, they demand of us.

Either that or perhaps we should do unto them as they would wish to do unto us. Personally, no problem doing that under those conditions as they would then exist.

Netanyahu: “The Czech Republic is Israel’s best friend in Europe.”

Israel Matzav’s Carl in Jerusalem: “With the exception of the Czech Republic, Israel has no friends in Europe, only interests.”

Evelyn Gordon, Commentary: “So could we please stop insulting the Czech Republic by lumping it in the same semantic category [Best Friends in Europe] as Germany, France and Britain?”

I think the logical conclusion is we need to vastly increase the number of Czech exchange students in this country. I think American students could learn from them and their historically imbued outlook.

Isn’t it obvious that what Israel is doing to almost no one at a miniscule pinprick on a pimple of the earth is far more important than what billions of non-Israelis are doing all over the globe?

After all these non-Israelis are only doing things like: