End of semester rush to vote on Referendum under disputed circumstances. 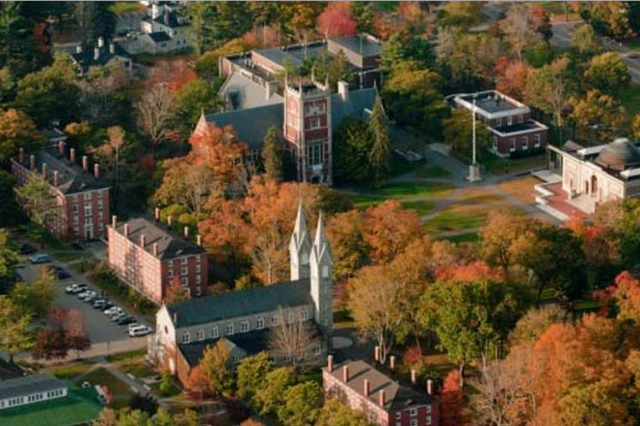 The Bowdoin College Students for Justice in Palestine (SJP) group may obtain sufficient signatures on a Petition to send a referendum endorsing the full academic and cultural boycott of Israel to a vote by the full student body.

This is not a mere “divestment” resolution.  In calling on the full student body to endorse the complete boycott of Israel, the referendum appears to be taking an unpredecented move among college anti-Israel initiatives, which normally are narrowly tailored.

It is a resolution, much like that passed by the American Studies Association, that would cut all academic and cultural ties with all Israeli Universities and any Israeli scholar or student acting on behalf of or through those universities.  The ASA boycott was condemned as a violation of academic freedom by over 250 University Presidents (including Bowdoin’s) and several major academic groups, such as the American Association of University Professors.

Whether SJP will obtain sufficient signatures is a matter currently under dispute.

As of last night, SJP was claiming that it reached the required number at the time it closed the Petition.

According to the Bowdoin Orient student newspaper 360 signatures were needed, but the online petition as of this writing shows only 351 signatures.  I am told that in a new development this afternoon, the number of signatures needed was raised to 383, as there has been a miscalculation of the total number of students.

Accordingly, the Petition drive appears to have been reopened, through Friday, May 1 at 5 p.m.

If sufficient signatures are obtained, the vote could start almost immediately, and likely would last several days.

There was an interesting dynamic the past several days.  In the final days of the original Petition drive, I am told, several SJP members aggressively buttonholed students outside the dining hall seeking signatures.

That led to an effort to educate petition signers as to the true nature of the Petition, leading dozens to withdraw their names.  The Petition went from 347 signatures, back down to 308 signatures, and then in a day back up to 360, at which time SJP claimed the voting closed. Almost immediately, however, the vote dropped back below the threshhold.

That Threshold now is even higher, and SJP once again is aggressively seeking signatures. 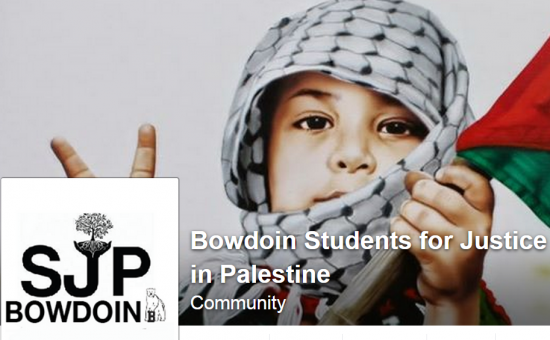 The referendum is so sweeping that it literally would shut down much of Bowdoin’s intellectual life, particularly in the STEM areas, as joint programming and intellectual interaction with leading-edge Israeli universities would be barred.  Equally important, it would prejudice students and faculty who wish to interact with Israeli Universities.

President Mills is on record as opposing any boycott of Israeli educational or cultural institutions. Please see this statement issued to the College community in December 2013.

His position has not changed.

As to the position of incoming President Clayton S. Rose, Hood emailed: “Barry Mills is president of Bowdoin until June 30, 2015. The next president will make his views clear on July 1.”

But an informal group of Bowdoin students is organizing, both to fight what are perceived as possible petition irregularities, and to educate students as to the negative repercussions of the boycott.

While there is no chance that the Bowdoin administration would actually implement a boycott, if passed the student referendum would be a great propaganda victory for the anti-Israel movement, particularly since Bowdoin is such a highly ranked college.  It also likely would damage Bowdoin’s reputation.

One student told me: “On top of our other objections, we believe that the passage of this academic and cultural boycott will deter applicants and future members, both faculty and student, from engaging in future scholarship at our institution.”

We will keep you informed as this progresses.

Is it the pro-boycott students, or the professors directing them, that devote their lives to the cause? It’s much easier to devote organizing time to a project when you’re being paid for it.

I mean, if reasons for boycotting is because of inhumane treatment of its citizens and breaking international law, then this vote should include a large portion of the world’s countries.

Heck, because of Obama’s actions recently, add the United States of America to the list of countries that need to be boycotted.

I hope some of the kids signing these petitions will learn you HAVE to read stuff before you put your name on it.

And THEN they’ll remember who stuck that petition under their chin, and treat them accordingly.

Once again, from your lips to Gods ear, Rags.

Personally, I would like to petition the government to “boycott” the $1.3 billion we annually send to the “Palestinian Authority.”

We essentially bought peace between Egypt, Jordan, and Israel with our aid, but it’s a bargain at the price. However, the “Palestinians” can have peace any day they want to.

They only have to acknowledge Israel’s right to exist as a Jewish state within secure borders. They won’t do that.

But they can and do have a “de facto” peace as long as they don’t attack Israel or allow and condone terror attacks from their territory. They still have to endure the border scrutiny, etc., but they can always have that peace if they want it. Yet they can’t even seem to do that for long.

The problem there is that they don’t want peace, they have never wanted peace. They want to bully and threaten.

I have to say, if I were a professor (of a STEM subject, of course) at a university that passed an academic boycott of all things Israel, I’d be sorely tempted to dock letter grades for “insufficient and/or invalid research” on any papers turned in by pro-boycott-group members or supporters, if they cite any academic sources in, from, or tangentially-related to Israel.

They need to learn what “academic boycott” really means.

Someone once said, “I will bless those who bless you, and I will curse him who curses you.”

Help! My school is also trying to pass a secret divestment resolution this Saturday! Ive tried to find help.
http://mondoweiss.net/2015/04/activists-california-palestine

https://twitter.com/SJPLAVC Here is the twitter. Can there be a story to help me with this to stop it or get awareness?

The newly revised “Offer of the College”
To be at home in all lands (except the Holy Lands)
and all ages (except non-barbaric, modern, democratic ones);
. . .
To gain a standard for the appreciation of others’ work (except Judeo-Christian ones)
And the criticism of your own (as long as they are PC and agree with you);
To carry the keys of the world’s library (as of 200 BC when all science and math discoveries ended afdter inventing Arabic numerals) in your pocket,
And feel its resources behind you in whatever anti-semetic, racist, bigoted, terrorist task you undertake;
To make hosts of friends who are terrorists, and none that not Christians or those nasty jooos)
To lose yourself in generous enthusiasms
And cooperate with others for common ends especially wiping Israel off the map.
This is the offer of the college for the best four years of your life.

For reginagale54 and all others on college campuses faced with similar issues, you should contact StandWithUs with headquarters in Los Angeles. http://www.standwithus.com

They have lots of experience with campus matters and are effective.