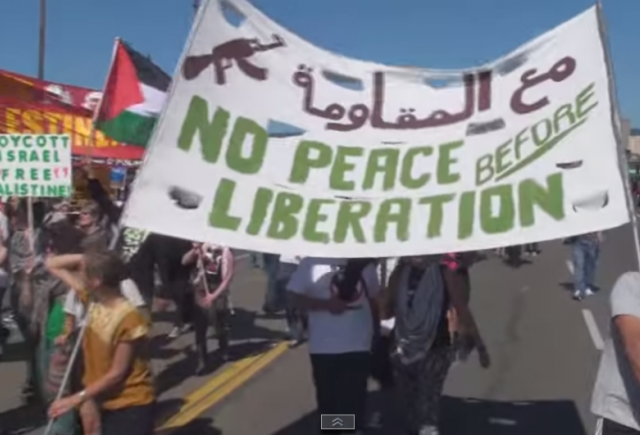 With little time for investigation or opportunity for opposing viewpoints to be heard, the Israel tip was cancelled without the Council being consulted or permitted to vote.  We expect that when VSB complies with the FOIA request served by Judicial Watch on our behalf, we will learn more details.

The Israel trip was undersubscribed and probably would have been cancelled on April 1 anyway, but VSB acting through President Kevin Martingayle and President-Elect Edward Weiner, chose to focus on alleged Israeli border policies when the membership was informed by mass email in late afternoon/evening.

The push back was swift, leading to a March 29 VSB explanation which again focused on alleged discriminatory policies, while disavowing that the cancellation was political. That March 29 doubling down was just as ill-advised as the original March 27 cancellation.

As Prof. David Bernstein of Volokh Conspiracy (The Washington Post) points out, VSB should have issued a correction and apology rather than compounding the error. Bernstein thinks the apology should have looked like this:

“Dear Colleagues: Please disregard our email on Friday cancelling the planned midyear meeting in Jerusalem. As of Friday morning, we had only about twenty bar members signed up for the meeting, not nearly enough to meet our minimum of sixty needed for the trip. That morning, we received a petition from a handful of bar members requesting that we change the venue for the midyear meeting due to discriminatory security policies by Israel. Already frustrated by low signups for the trip, and concerned that we were inviting an unanticipated political controversy, we panicked and hastily canceled the trip without taking the time to properly investigate the matter, including the fact that there is a well-organized international campaign to boycott Israel that we had inadvertently seemed to support. We apologize. The trip is still on, but will still need to cancel it if we don’t get more signups, and soon.”

Of course, no wording from VSB since then has looked anything like Bernstein’s proposed apology. To the contrary, Martingayle says he will not apologize.

Why have the Speaker of the Virginia House of Delegates, and today The Lawfare Project, also called for corrective action?

Because we understand the nature of the anti-Israel boycott movement.  The boycott movement is not about non-discrimination, it’s about using any tool, including false allegations and lawfare, to break down Israel’s relations with the world.

Both Martingayle and Weiner say they were unaware of the anti-Israel boycott movement.  That’s their fault, and perhaps if more than a few hours had been given to deliberation, and opposing voices heard, they would have learned how VSB was being used.

Early on I predicted the VSB action would be exploited by the anti-Israel boycott movement.

And like night follows day, the anti-Israel movement is celebrating, as reported by Daniel Harper at The Weekly Standard, Anti-Israel Groups Praise Virginia State Bar for Boycotting Israel (full letter at the link):

Anti-Israel groups are rallying around the Virginia State Bar after the legal group announced the cancellation of a planned trip to Israel. The support is coming in the form of a letter signed by 40 groups, which are part of the anti-Israel Boycott, Divestment, and Sanctions (BDS) campaign.

While “40 groups” is an overstatement, since there were multiple chapters of single organizations involved, it nonetheless contains the support of some of the worst anti-Israel groups.  Jewish Voice for Peace, possibly the most aggressive boycott group which uses Jewish identity as a shield, is on the letter along with several of its chapters.

It was a JVP-led protest against a NYC Council trip to Israel that disrupted a NYC Council vote commemorating the liberation of Auschwitz in January 2015.

Both Martingayle and Weiner say they didn’t mean to put the VSB in the middle of the Middle East dispute, but they did.

They made a political statement even if that is not what they intended, and they made VSB a hero of the anti-Israel movement, even though the VSB Council and membership never agreed to assume that status. And even though it is the policy of the Commonwealth to build, not tear down, economic relations with Israel.

This deed needs to be undone.

I’m not a lawyer, but I’m well aware of Ignorantia juris non excusat “ignorance of the law is not an excuse.”

So, when I read this:

“Both Martingayle and Weiner say they were unaware of the anti-Israel boycott movement.”

They are continuing to lie????

For some reason I suspect that Martingale was behind this, and Weiner was manipulated into backing him.

Sorry, but I’m not buying the proposition that politically connected operators such as presidents of the Virginia state bar were oblivious to and ignorant of the anti-Israel boycott effort. Doesn’t pass the laugh test.

Who are the supporters of Hamas that wanted the trip cancelled?

It should become obvious by now that there is an epidemic of capitulation to a small number of screaming leftists by the more ‘normal’ among us in every area of modern life. (Witness the GOP, personified by the pathetic John Boehner and the GOP Senate, led by McTurtle – who are going to confirm Loretta Lynch.)

When will ‘normal’ people leave their comfort zone, and fight back, lest they and their loved ones eventually become enslaved – or worse – murdered?

Repetitively telling them “NO” is the only cure.

It has been said that the degree of anti-Semitism in a society is a key indicator of a nations’ health.

That being the case, France has serious health issues that go well beyond its debt to GDP ratio. The EU as a whole is dying on the grape vine due to is inclusive multiculturalism that offers nothing of lasting value to those who come. Hence the influx of immigrants are not inoculated against the Islamic virus. They become radicalized.

Based on the passivity of American anti-intellectual voters we are quickly becoming like Europe and France and in so many nihilistic, Epicurean and anti-Semitic ways.

The jingoists of the Islamic Revolution proclaim “No Peace before Liberation” submitting themselves, as did the VSB 36, to the will of the false god Allah. The term “Islam”, by the way, means submission specifically to the will of Allah (and its bastard child: Political Correctness).

Because many Americans have chosen the path chosen for them by their lack of moral courage (e.g., the President of Brandies University with regard to Hirsi Ali’s speaking invitation) Americans will continue down the road to perdition with its deadly anti-Semitic ways.

Be prepared for a long and protracted battle against evil in some of its most perverse forms: Islam is the new angry atheism. It stands against the One True G_d;

One cannot stand for Israel without standing for the One true G_d. This is a spiritual battle.

Not so much capitulation but fellow travelers. There is a long history of this type of behavior on the hate mongering left.

I can’t tell if some of these small hate groups have really “gained traction”, or if they just glom on to incidents and claim them as their own success. Or maybe the MO is to leverage small incidents into bylines that fit the MSM narratives.

Without a scorecard, I can’t tell the players, as in this case where two lead guys claim ignorance of the BDS motivation. Do Dem voting Jewish Americans really support the BDS crap, or are they just caught up in PC religion?

The same PC religion hates public Christianity, but that platform of the political side of their religion is hidden. Lying Democrats had to force recognizing God, and recognizing Jerusalem as the capitol of Israel, into their platform, over loud booing, and without the two thirds vote required.

As with all these recent dramas (hands up don’t shoot, I can’t breathe, pizza place denies gays service, etc.), this incident gets national attention as a BDS win, as Republicans in office cower. As with Zimmerman vs Obama, undoing the assault is tedious but made necessary. But though Zimmerman was vindicated in court, it still left Trayvon a martyr, as with Wilson/Brown.

To me the root of power behind the PC religion branches, is always atheist Marxist communism, Soviet style. They’ve been infecting our western social order since WW2, and we haven’t had enough Bill Buckleys to stop them … yet.

The point I didn’t quite get to is that the sympathizers need to be exposed. Do they really support BDS/Palestine/Hamas/Iran/Russia? They each need to be directly on record.

Or do the radical LGBTs that demand civil and criminal action against Christians that don’t want to participate in same sex “marriage” ceremony … do those radicals really represent the gay community at large? Do such draconian laws need to be passed to protect/empower the 0.0001% that demand a Christian baker submit to them?

The Democrats/MSM are hiding extremists and they need to be called out.

Expose THEM. Show their numbers. Ferret out their writings.

Put them out in the sunlight for all to see and know. It’ll be like pouring salt on slugs.