The Boycott, Divestment and Sanctions (BDS) movement, conceived at the anti-Semitic 2001 Durban NGO Conference and rolled out with a 2005 boycott call from “Palestinian Civil Society,” is a weapon to isolate, demonize and dehumanize Israel and Israeli Jews.

As documented here hundreds of times, the goal of BDS is the destruction of Israel, though it is packaged in vague social justice language that leads many naive and ill-informed progressives to think it is only about the “occupation” of the West Bank. In fact, the leadership and founders of the BDS movement consider all of Israel “occupied” territory which must be liberated. That’s why a leading chant at rallies is “From the River to the Sea, Palestine Will Be Free.”

The BDS movement has gained a lot of public attention in the past couple of years and is a hot topic of discussion, particularly at academic organizations like the American Studies Association, which have been taken over by anti-Israel faculty activists.

The BDS movement’s relentless false and defamatory propaganda against Israel is a key factor in the rise of anti-Semitic violence in Europe and even on some U.S. campuses. When a Synagogue in Paris was attacked in the summer of 2014, it started with a BDS rally.

BDS is, in my terminology, the mother’s milk of modern anti-Semitism.

The grossly distorted caricature of Israel found in the BDS movement propaganda fits nicely with traditional anti-Semitic stereotypes. It’s no surprise that the Vassar College BDS campaign ended up with a Nazi cartoon being circulated. It doesn’t start that way with BDS, but it ends that way.

When you have convinced yourselves that the expression of Jewish national identity in the homeland of the Jewish people is the equivalent of Nazism, there’s no place left to go except outright Jew hatred.

Many decades ago, Congress passed legislation to counter the Arab League state boycott and secondary boycott of Israel. That legislation, while still important, does not neatly fit with the non-state BDS movement.

So Congress is taking moves to modernize the anti-boycott legislation.

In early February we reported that Congress introduces sweeping anti-BDS legislation, in the form of the U.S.-Israel Trade and Commercial Enhancement Act. BDS supporters are apoplectic over the Trade Act legislation, which would put anti-BDS language at the center of a proposed U.S.-E.U. free trade deal.

There were two recent important developments.

First, legislation similar to the House Trade Act was introduced in the Senate.

Second, a second piece of legislation was introduced in the House, the Boycott Our Enemies, Not Israel Act, to require government contractors to certify that they are not engaged in BDS activity. From Congressman Doug Lamborn’s website:

Today, Congressmen Doug Lamborn and Ron DeSantis released the following statement after their introduction of H.R. 1572, the Boycott Our Enemies, Not Israel Act :

“Today, we introduced H.R. 1572 to thwart efforts by Palestinian organizations to pressure different corporations, companies and educational institutions to boycott, divest, and sanction Israel. Recently the Palestinian Authority declared a boycott against Israeli goods, depriving their own population of most basically needed products. Threats of similar actions emerged out of the European Union. These attacks and the falsehoods being spread about Israel are harmful to any honest effort to bring peace to the region.

My bill will require that any prospective contractors with the U.S. Government will certify that they are not taking part in any boycott against Israel. The bill also includes penalties for false certifications, including the ability to ban companies that breach its parameters from doing future business with the U.S. Government. Our government business practices should not play any role in harming our greatest ally in the Middle East….

Such a provision could prove hugely important. So many companies do business with the U.S. government that this will take a significant chunk of the American and foreign economy out of the BDS sphere.

The definition of boycott activity is very broad: 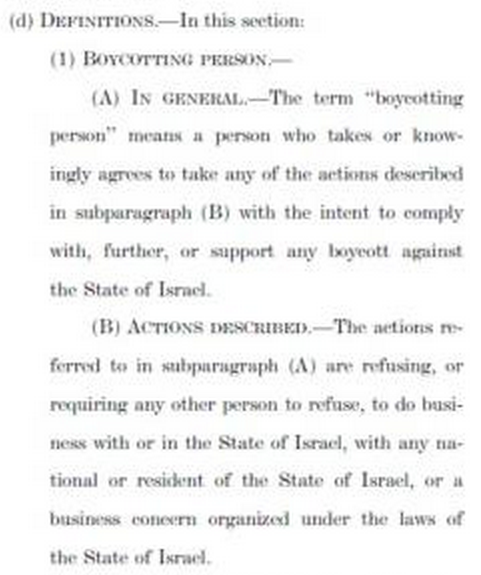 Here is the text in image form from Congressman Lamborn’s website (no yet available on Congress.gov – will update with clearer images when available): 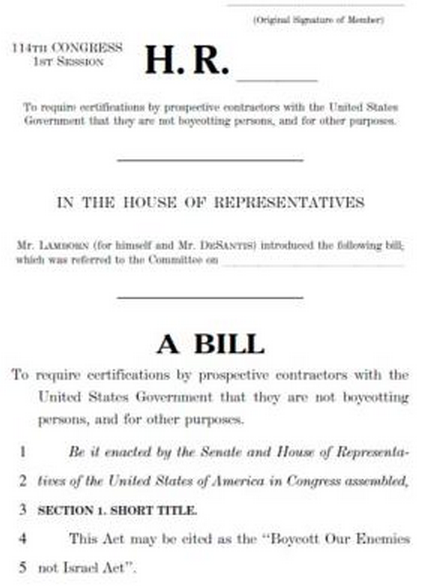 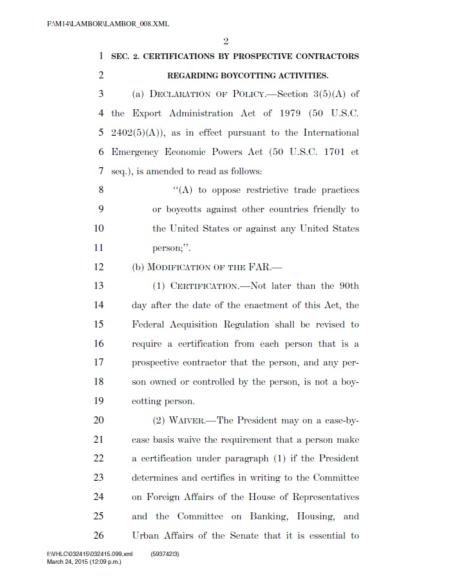 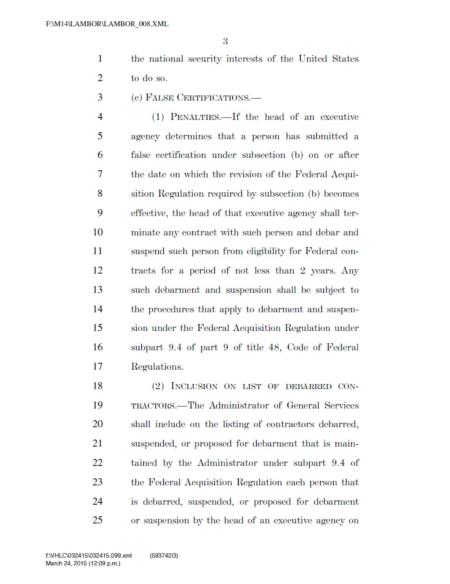 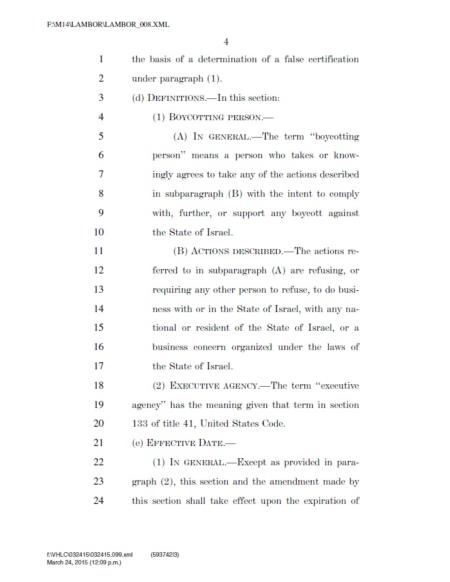 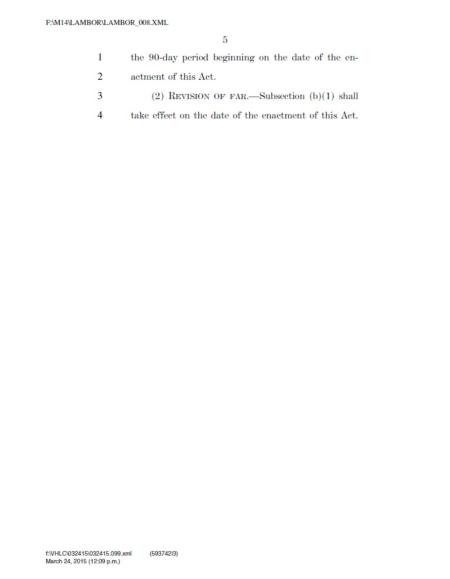 I consider BDS the equivalent of a nacent Nazi party. We’ll see how Dems treat this bill.

RE: “Congress ramps up attack on anti-Israel boycott movement” – It’s a good thing!

Henry, they are cut out of the identical clothe as the Nazi.

This is a welcome development.

I propose an answering chant: “From the sea to the river, Israel will be delivered.” 🙂