10 Americans exposed to Ebola flown back from Africa

10 Americans exposed to Ebola flown back from Africa 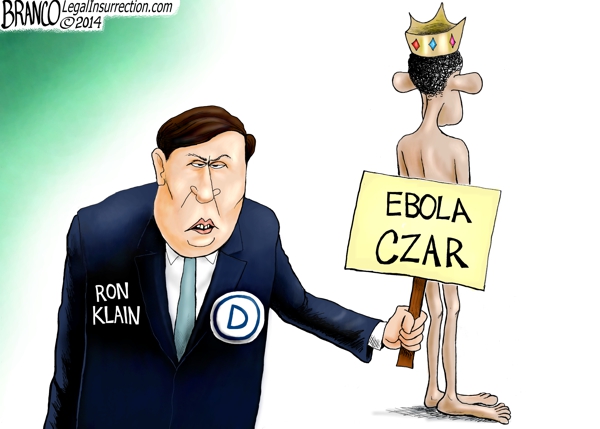 In the wake of the Ebola Czar stepping down and a presidential commission laying part of the blame for the spread of Ebola on this country, news comes that nearly a dozen Americans are heading home after potential exposure to the deadly virus.

At least 10 US citizens possibly exposed to the deadly Ebola virus were being flown to the US from Africa for observation, the US Centers for Disease Control and Prevention (CDC) said on Saturday.

The individuals were set to be transported by non-commercial air transport, on their way to be housed near the University of Nebraska Medical Center, the National Institutes of Health in Maryland, or Emory University Hospital in Atlanta, the CDC said.

It said none of the individuals had been identified as having Ebola.

A US healthcare worker who tested positive for Ebola while in Sierra Leone arrived at the NIH on Friday and was in serious condition, the NIH said.

CDC spokesman Thomas Skinner said 10 people who may have been exposed to the unidentified Ebola patient or who had a similar exposure to the virus as the patient were being flown to the US. But he said the investigation was continuing and there could be more Americans evacuated from Africa.

A CDC statement said the individuals would follow the center’s recommended monitoring and movement guidelines during a 21-day incubation period.

One intrepid American headed to Honduras after a stay in an Ebola-striken area, and now that country is hosting a 21-day quarantine period:

An American who was hospitalized in Honduras pending Ebola checks has been released from hospital, authorities said on Saturday, though he will be kept under watch for 21 days.

The 66-year-old American had spent time in Liberia before coming to Honduras on March 11, authorities said. He was hospitalized on Friday in Comayagua, about an hour north of Tegucigalpa, with a fever.

The vice minister of health, Francis Contreras, said the American did not have any symptoms of Ebola, but authorities are being extra careful because he came from a country that has been affected by the epidemic.

These developments are not preventing the former Ebola Czar, Ron Klain, from doing a media victory lap and touting his five points in Ebola management…which have nothing to do with actual medicine.

Clearly, one really can’t accuse any Obama administration member of “over solving” problems…but, I digress.

Now that Klain is gone, who will replace him? Given how professional Jen Psaki and Marie Harf have been in their role of deputy spokespeople, it looks like the administration is using a similar deputy-oriented template to fill the now vacant role:

Word is that Amy Pope, deputy assistant to the president for homeland security, will be tasked for the job — though not as a czarina. She will oversee the Ebola response as part of her portfolio, according to a senior administration official.

Pope has been part of the U.S. Ebola response team from the start, as the special assistant to the president for homeland security, with a focus on “transborder” policy.

I will pray that all our fellow citizens are free of the virus.

If Americans stay free of this virus, it will be no thanks to this administration, but to knowledgeable individuals who have insisted on decent recommendations, not to mention responsible people from other countries, who have voluntarily agreed to quarantine.

We were plain lucky that the first person to carry ebola to this country had nursing assistant for a step-daughter. That woman kept her mother and other family members safe. That woman, not the NIH or our government, averted disaster.

I notice that one of the nurses who caught ebola here (IRRC, Nina Pham) is suing the hospital for lack of preparation and decent advice to prevent exposure. This lawsuit is necessary only because the dunderheads at NIH and the top of this administration were asleep at the wheel.

She had protective equipment that NIH knew, or should have known, was inadequate. A personal injury lawsuit is the traditional American method for waking up a bureaucracy, and this will work.

The ebola “scare” also highlights a real, existing problem in our hospitals that accounts for a significant number of deaths at the present time: failure to control infection in hospitals. We have known for decades that our hospitals are dirty, and that people catch infectious diseases from going to the hospital.

If the ebola “scare” results in better hospital procedures, some newsie will probably write an article about how the entire response to ebola was an expensive bit of hysteria from the right-wing nut bars. The article will be correct only to the extent that it will point out that ebola infections were not prevented. However, preventable deaths from measles, mumps, whooping cough, pneumonia and staph infections could drop like a stone.

Next time you are in a hospital, look up. I’ve never seen anything more than 7 feet above the floor properly dusted.

We can but hope that Pope is not the Harf of viral plagues.