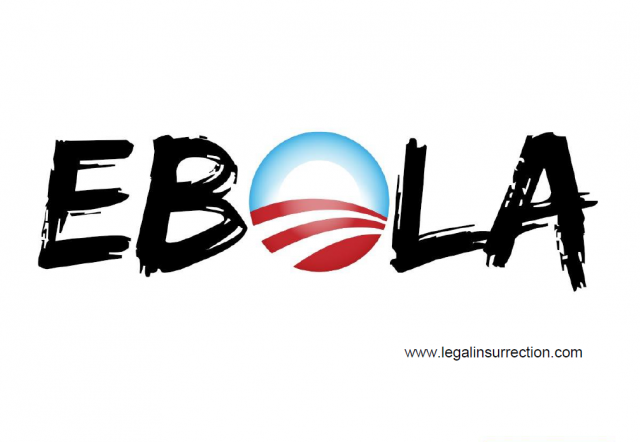 When it comes to domestic problems, a common joke among my independently minded friends is, “It’s all Bush’s fault.”

However, when it comes to problems of a more international scope, the preferred target is the United States. So, when tasked with figuring out what went wrong, the Presidential Commission for the Study of Bioethical Issues blamed America first!

Despite the fact that there have been regular flare-ups of Ebola in Africa since 1976, and that there is a United Nations group that is tasked “to improve health, particularly among disadvantaged populations”, a recent report lays the blame for the spread of the virus at America’s doorstep.

The United States fumbled its response to the Ebola epidemic before it even began, neglecting experiments to make vaccines and drugs against the virus, and cutting funding to key public health agencies, a presidential commission said Thursday.

Americans focused on their own almost nonexistent risk of catching Ebola from travelers instead of pressing to help the truly affected nations, the scathing report from the Presidential Commission for the Study of Bioethical Issues says.

They’ve been acting against their own best interest, the commission said in its report.

“Both justice and prudence demand that we do our part in combating such devastating outbreaks. Once we recognize our humanitarian obligations and the ability of infectious diseases to travel in our interconnected world, we cannot choose between the ethical and the prudential,” it reads.

“Ethics and enlightened interest converge in calling for our country to address epidemics at their source.”

I find it laughable that our citizens are being blamed for wanting the government that they have voted into power and pay for through taxes to act in the national self interest. The biggest flaw in the American response to Ebola was the fact for our Centers for Control and Prevention failed to send a fully trained response to Texas Presbyterian Hospital when America’s “Patient Zero” was originally identified.

As a result, virus-laden vomit was spray washed by unprotected clean-up crews, a nurse was allowed to fly the friendly skies to a bridal shop, and our government seemed more worried about our international image than about American public health.

Recall that Obama, ever mindful of how to “spread the wealth”, arranged for “Operation United Assistance” in September, and millions of dollars were directed at combating the most serious outbreak of Ebola ever recorded.

How has that worked out? Exactly as you would expect when you send millions of dollars in “aid” to Africa:

A report by Sierra Leone’s national auditor says government ministers lost track of more than $3 million in internal emergency funds to fight the Ebola virus, impairing the response to the disease.

There is no paperwork to support payments of 14 billion leones, or $3.3 million, from government Ebola accounts, while $2.5 million in disbursements had incomplete documentation, the country’s auditor general, Lara Taylor-Pearce, said in the report.

And, despite the troops, the aid money, and the “mission accomplished” accolades , the number of cases is surging again — because of the resumption of unsafe burial practices.

Ebola-hit Sierre Leone and Guinea saw an increase in the last week in unsafe burials that risk spreading the disease, the World Health Organization reported.

In Guinea, there were 39 unsafe burials and in Sierre Leone, there were 45 reported in the week to February 15, WHO said in a report late Wednesday.

At least the Liberian President Ellen Johnson Sirleaf seems to appreciate the role our country has played in the fight against this disease.

In her comments, Sirleaf said, “I come to express, on behalf of the Liberian people, to you, to the Congress, to all the entities, what we call the front-line responders, to faith-based institutions, to the American people in general, for the support we received as we fought this virus.”

It’s good to see that at least one president appreciates the American people. It’s just too bad its not ours.

If NGOs and individuals want to fight the good fight, great.

I heard (on Savage Nation, mind you) that once upon a time West Africans followed their age-old tradition of dealing with pestilence, which was to quarantine the infected village. At that point all outbreaks were contained. Then NGOs showed up with their money and started providing comfort to Ebola sufferers, which meant putting them in taxis and hospitals. That’s when it started to spread across the continent.

There has been another flare-up,
http://www.theguardian.com/world/2015/feb/27/ebola-sierra-leone-village-lockdown-31-new-cases
because a sick man escaped quarantine and went home to be treated by a witch doctor. He killed the “traditional faith healer” and most of his own family.

This is how the big outbreak began.

And yet, it is America’s fault for failing to anticipate a catastrophic outbreak from any one of a large number of rare tropical diseases.

Who wrote that report, a disciple of the lying Rev. Wright?

Quarantine is the oldest and best method of stopping the spread of disease.

The good we got out of it was a little more awareness of our vulnerability to foreign disease outbreaks, and more training for the medical community in disease control and hysteria control.

But that hasn’t slowed dear leader from keeping borders wide open, and his covert dispersing of illegal intruders to all parts of the country. And of course Obama insists they all get free health care so they can overcrowd and infect our hospitals.

You’re joking about the whole more training for the medical community in disease control” Right ???

As a 18 year nurse and my wife as a 18 year nurse this whole Ebola thing frightened the hell out of us. Not because of the disease but the guidelines that the government threw down were insulting at best and actually rather deadly in reality !!!!

Maybe America saw different pictures and news clips than I did but I saw a lot of foreign workers over seas with full containment ENVIROMENTAL suits on while we were handed gowns,gloves and a mask !!!!!!!

Yeah you go ahead and trust the C.D.C.

That was what those two nurses that got infected had apparently … I’m saying the response to that was the “more training” part. Or maybe just more awareness. You and your wife are more aware now, right? The future patients were sent to more prepared facilities I believe, and we moved toward better training, and more healthy skepticism of federal mandates.

Hospitals were at the very least made more aware of the limits of their facilities, and the dangers of winging it. Whoever sent the infected to that hospital without a full team to train and oversee was irresponsible at best … and they hopefully learned as well. No one died but patient zero, and even his roommates and pressure washer guy didn’t manage to get infected, so we maybe learned Ebola is indeed not easily spread till late stages. But it was certainly expensive tracking the hundreds of contacts to the nurses and patient zero.

I still think the moron at the head of the CDC should have been replaced by a nurse. There are such things as Phd nurses, and it is nurses who know the meaning of the procedures.

It would have been refreshing to have someone with the most relevant skill set heading up the Ebola effort in the US.

Mixing Science and Politics is a deadly dastardly deed. We’ve seen it at every level of medicine from mental health (the APA groups) to clinical medicine and research funding to the climate change hoax.

Truth, logic, reason, fact and empirical data have been devalued, even falsified and bent to serve nefarious political agendas holding court in the District of Corruption.

We have entered the new age of mythology via the highway of political correctness.

http://newsbusters.org/blogs/joseph-rossell/2014/10/16/hey-journalists-15-ways-nih-and-cdc-wasted-taxpayer-money
The subject of congress cutting funding to the CDC will no doubt be coming up in the near future. Arm yourself with the truth.

Their monkeys, their circus.