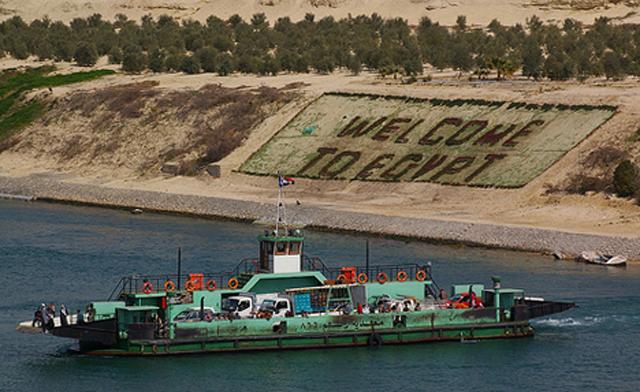 I am happy to see that King Abdullah’s robust response to ISIS terror is not being debated for its proportionality; and while I hope that these new metrics are eventually applied to Israel, a look at Egypt indicates that it may soon follow Jordan’s lead in the “proportionate” reaction to the savagery of Islamic extremists.

As the United Nations engages in more “brokered talks” among Yemen’s political factions, including the Iranian-backed Houthis who recently took over power in in that country, Egyptian officials have expressed their concerns.

The head of the Egypt’s Suez Canal authority, obviously not comfortable with relying on the United Nations, says that the country will respond militarily if the head of thewaterway is blocked by Yemeni militants.

Lieutenant General Mohab Mamish said that Egypt “will not accept” closure of the waterway which “directly affects the Suez Canal and national security.” Mamish said events in Yemen are under constant review and that the military is ready to intervene if the strait is blocked.

Most ships that pass through Bab Al-Mandab are either going to or coming from Egypt’s Suez Canal, one of the country’s main sources of income and foreign currency flow.

A close-up image of the area shows that Egypt has reasons to be concerned: the nation takes in $5 billion annually from the canal. 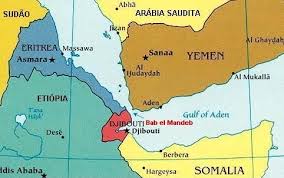 A new loan deal with France could serve as an early indicator of Egypt’s intent to respond militarily. There’s one remarkable aspect to this negotiation: The scope of the loan being requested.

A deal with Egypt would enable a speedy export order seen as needed to relieve severe budgetary pressure on France, which is in a pressing search for foreign clients for Dassault and DCNS.

Egyptian officials have been in “discussions with banks” to find commercial lending that would allow paying France a 15 percent down payment for the military equipment, a market analyst said.

The talks have been held with French banks as Cairo seeks to raise the down payment required, a second analyst said. That client said down payment is one of the golden rules, answering the call to “show me the money,” the analyst said.

Bank lending for arms purchases is not new, but the Egyptian search for funds is remarkable for the size and the speed in which the loan is sought.

I argue that this would money well spent, especially in light of Egyptian President Abdel Fattah al-Sisi’s call for an Islamic religious revolution. Sisi was formerly Egypt’s Commander-in-Chief of the Armed Forces, so I suspect he will be as ready, willing, and able to defend his country’s interests as King Abudullah.

Jordan’s response was triggered by the immolation of its hero pilot. Another clue that Egypt may be readying for a new phase in its response to terrorism is that national publications are likening a murder in Cairo to that horrific event.

His name was Paula Mansour Fawzi and he was an 18-year-old working part-time at Kentucky Fried Chicken to make a living for himself and his family.

On the 5th of February, Paula’s life ended after armed men fired live ammunition at the KFC store before setting it on fire.

Paula, like the Jordanian pilot brutally killed by ISIS members two days earlier, burned to death in the store located in Menoufiya, a city north of Cairo.

…According to his mother, the young man graduated from high school recently and had been working at KFC to help with family expenses, including treatment for his father who is suffering from kidney failure.

One of Egypt’s militant religious groups has just declared jihad on tourists there; and in recent days, the iconic American food chain, KFC, was the target for attacks throughout the country — not just where Fawzi was killed.

Tourism is as important to Egypt as the Suez Canal, and the number of visitors plummeted when the Muslim Brotherhood was in charge. This vital industry has just begun to recover under al-Sisi, and I am sure the former general will ensure that it does by any means necessary.

I hope Egypt continues the proportionate response Jordan started with its sorties.

I hope not. I’d prefer something way out of proportion.

Use terrorism, we will kill you. Everywhere we find you.

That is PERFECT proportioning.

Tourism? Oil! A lot of countries around the world have deeply vested reasons to keep the Suez Canal open. Cash for arming Egypt to protect the canal would not be a problem.

I thought the headline was referring to internal matters. Egypt IS being criticized for trying and sentencing local terrorist gangs en masse. But this article is actually about Egypt potentially killing Yemeni terrorists. I doubt anybody, whether Egyptian or otherwise, will have any problem with that.

Some time back, Wretchard, of The Belmont Club, remarked that, during the Sri Lanka civil war, the government had a tremendous advantage wrt human rights issues in the fighting; they were not white. You can get away with a lot if you’re not white.
For these purposes, Israel is full of whites and Jordan and Egypt are full of non-whites.
Let them have at it; nobody will complain.

Egypt only cares if the jihadists attack Muslims. They won’t care if the terrorists attack non-Muslims, and Egypt’s own population is quite busy persecuting Copts and every other non-Muslim group.