Israeli researchers: Not so fast on artificial sweetener settled science

Israeli researchers: Not so fast on artificial sweetener settled science 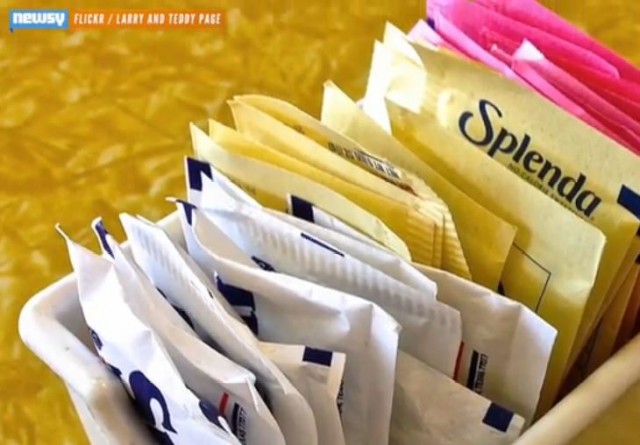 It’s a good thing we still have scientists who refuse to accept settled science and scientific consensus, and keep on digging and questioning prevailing wisdoms.

It seems that many of such scientists are in Israel, perhaps because politicized scientific conformity is not as prized in the “start-up nation” as it is in Euorpe and the U.S.

One example from Israel we reported on previously was Nobel Prize in Chemistry awarded scientific denier:

Israeli scientist Daniel Shechtman won the 2011 Nobel Prize in chemistry on Wednesday for his discovery of quasicrystals, a mosaic-like chemical structure that researchers previously thought was impossible.

The Royal Swedish Academy of Sciences said Shechtman’s discovery in 1982 fundamentally changed the way chemists look at solid matter. It initially faced strong objections from the scientific community, and even got him kicked out of his research group in the United States.

Promoted as an aid to good health, artificial sweeteners may in fact be boosting diabetes risk, said an Israeli study Wednesday that urged a rethink of their widespread use and endorsement….

After leaving a sensation of sweetness on the tongue, NAS [Non-caloric artificial sweeteners] molecules pass through the intestinal tract without being absorbed.

This explains why, unlike sugar, they add negligibly, if at all, to the calorie count.

But Israeli scientists reported in the journal Nature that experiments on lab mice and a small group of humans found NAS disrupted the makeup and function of gut bacteria, and actually hastened glucose intolerance.

“Artificial sweeteners were extensively introduced into our diets with the intention of reducing caloric intake and normalizing blood glucose levels without compromising the human ‘sweet tooth,’” the paper said.

“Our findings suggest that NAS may have directly contributed to enhancing the exact epidemic that they themselves were intended to fight,” it said bluntly.

Scientists led by Eran Elinav and Eran Segal of the Weizmann Institute of Science in Israel added three commonly-used types of NAS — aspartame, sucralose or saccharin — to the drinking water of mice in body-size appropriate doses equivalent to recommended maximum human intake.

Oh, and one more thing.

The Weizmann Institute of Science is subject to the academic boycott of Israel championed by Steven Salaita, the controversial almost-U. Illinois professor and his supporters at the American Studies Association and in some pockets of academia. 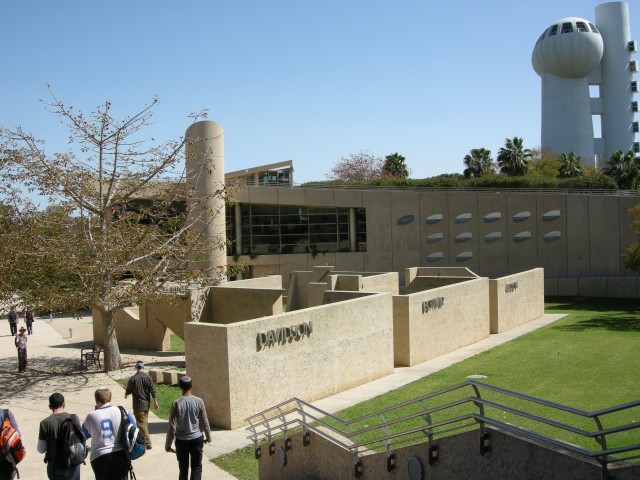 The academic BDS supporters should ignore these Israeli research findings, in the spirit of anti-Zionist solidarity.
More Sharing Options

Israeli is a first-class leader in science, research, and technology now.

How appropriate they found that artificial sweeteners do more harm than good.

Hey it’s just like those anti-Israel academic boycotters – fatuous, full of fake sweetness, doing the most harm but claiming they are good.

Unfortunately, some of those “anti-Israel academic boycotters” teach in Israeli universities, their salaries heavily subsidized by my Israeli tax money, and their jobs protected by our insane leftist court system. But allow that a student suggesting the homosexuals may not make good parents might have a point, and you will find yourself out on your ear.

However, everything you write is certainly true.

Puh-lease
This sweatners are dangerous despite the fact that they are not absorbed, is “old news” initially pushed by wacked out lefties Betti Martini and Mark Gold of Mission Possible.

It fits the general narative of the left “chemicals bad” natural materials are good–like Stevia. Nevermind that Stevia has it’s own problems.

The gut bacteria stuff is new, but bacteria can be replaced. Also it’s not clear if the same bacteria are damaged in mixed diet of artificial sweetners/sucrose. It’s hard to avoid sucrose in the modern diet.

Stevia can be especially deadly if you screw with the wrong meth cook.

I’m halfway through the book ‘Grain Brain’ by Dr. David Perlmutter. He makes the case for why our most beloved staples are causing our neurological problems later in life. It is a fantastic topic, and quite interesting. The big villain, according to the book- Gluten. Even people without celiac disease may have a gluten intolerance, or sensitivity. In many cases he has effectively treated behavioral problems among many others through a gluten free diet and supplemental fish oil (for DHA omega 3 fats).

Cholesterol is actually good for you, says the doc! The brain is 20% cholesterol by weight, and increasingly the results are found that people with higher overall cholesterol levels have better cognitive abilities later in life.

Sorry for not being exactly on topic, I thought this was relevant and perhaps someone will get the book and give it a shot. This book is the ‘snake oil’ cure many have been searching for (my words/belief).

“Grain Brian” was recently recommended to me. I looked it up on Amazon, and then did what I usually do with every book, movie, or product I’m considering buying – I read the worst of the negative reviews. I recommend you read the one-star reviews of the book on Amazon. The are extremely critical and appear to be very well-informed.

What! Color me skeptical! You’re trying to kill off the BDS crowd, aren’t you?

Disclaimer: I eat natural foods like butter, cold pressed oils and eggs because I figure that they are the foods that allowed my ancestors to survive and produce me.

My common sense warned me off artificial sweeteners because I thought that my tongue would alert my body to prepare to digest the foods I consumed which would include producing the insulin needed to digest the “sweet” I had just enjoyed. What would be the long term effects of producing insulin that was not needed? I am guessing stress and confusion that in rare cases could lead to breakdown and diabetes.

My common sense warns me about eating food produced in a lab and against lying to my body. I mean that, even without my body, I would still be me but where exactly would I be?

Dude, what pipe, Dude? Projecting much?

We have reached this point in our physical evolution by eating the foods found in nature and native to our places of origin. People with an intolerance to a certain grain or dairy product were less able to survive periodic famines in those areas in which that grain or dairy product was a significant portion of the diet. Our tolerance increased our odds of surviving. That said, life is too short for eating any food that disagrees with you.

Every time the “experts” told us to substitute a lab created “food” such as hydrogenated fats or trans fats for animal fat, we find out a couple of decades later that the natural foods, such as butter or lard, are healthier. They insisted that we avoid high cholesterol foods despite the fact that most of these foods come from vegetarian animals. I never stopped eating eggs but personally avoid eating animals raised on meat byproducts.

The reason I insist on cold pressed oils is the way we produce cooking oils in this country. First, we grind the seeds very fine, put the results into a high temperature bath to extract the maximum amount of fat, add a chemical to solidify the fat, skim it off and finally add a chemical to turn the fat back to a liquid. Doesn’t that sound appetizing? I prefer to exact less oil and feed the leftovers to our animals.

Enjoy your artificial sweeteners or high fructose corn syrup but I will stick with my honey, pure maple syrup and cane sugar.

Unfortunately, out universities (in Israel) are heavily infested with political correctness. Some of the biggest proponents of academic boycotts teach in Israeli universities.

Of course, the hard sciences are another matter.