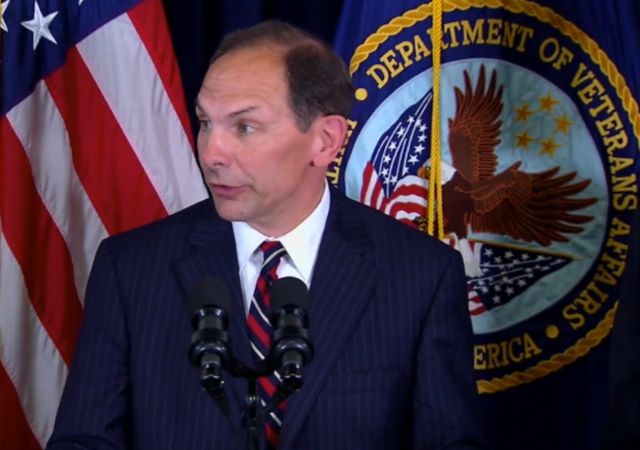 The Senate Committee on Veterans’ Affairs will hold a nomination hearing next week for Robert McDonald, the White House’s choice to lead the embattled Department of Veterans Affairs.

Sen. Bernie Sanders (I-Vt.,) the committee chairman, said his panel will hold a confirmation hearing on July 22 for McDonald.

“At a time when we have unacceptably long waiting times for VA health care and when some 500,000 veterans have returned from Iraq and Afghanistan with post-traumatic stress disorder or traumatic brain injury, it is absolutely imperative that the VA move to provide quality care in a timely manner to all of our veterans,” Sanders said.

McDonald was identified late last month as Obama’s pick to run the troubled agency. He graduated from the U.S. Military Academy at West Point, N.Y. in the top two percent of his class and served in the Army for five years, according to the Washington Post. McDonald was also a former CEO for Procter and Gamble, where he faced some challenges of his own.

But many seem to be hoping that McDonald’s combination of military service and corporate experience will be the right mix to help fix some of the issues facing the VA.

And those issues are plenty, as recent audits have revealed the secretive waiting lists in VA facilities that were intended to conceal actual waiting times, and reports have detailed the numerous veterans waiting months for their first appointments or not getting appointments at all.

There has also been testimony from VA whistleblowers about alleged retaliation for bringing light to such problems.

And at a hearing Monday evening, lawmakers heard testimony about issues and backlogs in veterans’ benefits claims, as well as manipulated dates on claims in at least one facility in particular.

[Assistant inspector general Linda] Halliday, in her report, said she found similar problems with the benefits agency, including faulty claims processing that “increases the risk of improper payments to veterans and their families.”

Inspectors surveying Philadelphia’s VA benefits center in June found mail bins brimming with claims and associated evidence dating to 2011 that had not been electronically scanned, she said.

Inspectors also found evidence that staffers at the Philadelphia regional office were manipulating dates to make old claims appear newer. The findings are similar to problems in which investigators have found long waits for appointments at VA hospitals and clinics, and falsified records to cover up the delays.

In Baltimore, investigators discovered that an employee had inappropriately stored in his office thousands of documents, including some that contained Social Security data, “for an extensive period of time.” About 8,000 documents, including 80 claims folders, unprocessed mail and Social Security information of dead or incarcerated veterans, were stored in the employee’s office, Halliday said.

Kristen Ruell, an employee at the VA’s Pension Management Center in Philadelphia, told the committee that mail routinely “sat in boxes untouched for years” at the pension office. Once, after becoming concerned that unopened mail was being shredded, Ruell opened the boxes and took photos. Instead of addressing the problem, she said, VA supervisors enacted a policy prohibiting taking photos.

All of that said, fixing some of the problems at the VA, which seems will also require a change in the culture, will be no easy task for McDonald. Or for anyone, for that matter.

If confirmed, McDonald would replace Eric Shinseki, who resigned in late May after some of the VA issues first became highly publicized.

If he’s acceptable to 0bama, then he ain’t right at all.

One of the VA whistleblowers, a surgeon, relates that VA nurses retaliated against her by refusing her orders.

During surgery. In an operating room. With an anesthetized patient on the table.

Nothing’s happened to those nurses, and nothing will.

Would someone please explain to me how we’re going to ‘fix’ or ‘reform’ such an agency?