George Zimmerman back on patrol, sort of

George Zimmerman back on patrol, sort of

Watching a gun store for a friend 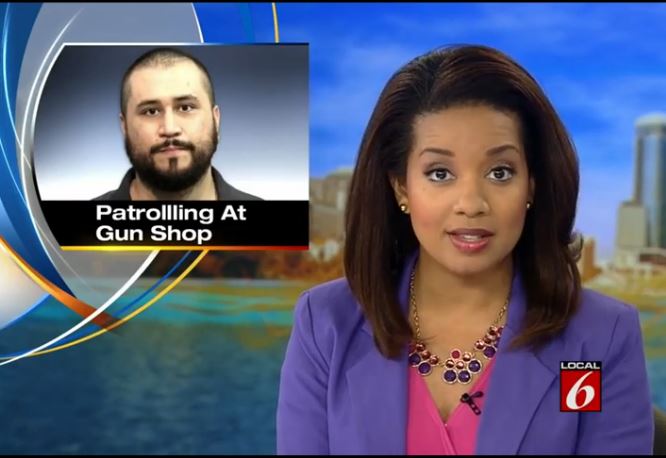 Controversy is sure to follow George Zimmerman, even though he has not been convicted of anything and the evidence suggesting he acted in justifiable self-defense in the shooting and killing Trayvon Martin was overwhelming.

He also beat multiple accusations of assault brought by his ex-wife and ex-girlfriend when the evidence did not support the accusations.

George apparently is hanging out at a gun shop keeping an eye on things, and that’s big news, although it’s not clear whether he is on “patrol” as some of the headlines suggest.

Although he’s not a hired security officer, George Zimmerman has been “patrolling” outside a Volusia County gun shop after it was recently robbed, according to the store owner.

Pat Johnson told Local 6 that Zimmerman is not an employee of his DeLand store Pompano Pat’s, which sells firearms, ammunition and motorcycles.

Johnson said that Zimmerman, on his own accord, has been spotted outside the store since the robbery earlier this month. The thieves stole rifles worth up to $5,000 and two mini-bikes, according to Johnson.

Johnson added that although he knows Zimmerman, he has not hired him as a security officer.

George Zimmerman has found work as a security guard, according to a DeLand Police report.

According to the report, a police officer spotted a dark-colored truck around 12:30 a.m. behind Pompano Pat’s Motorcycles, which also sells guns and offers weapons and concealed carry classes.

The officer made contact with Zimmerman, who was sitting inside the vehicle with his dog.

Zimmerman told the officer he had permission from the business’ owner, Pat Johnson, to be there. He said he was keeping an eye on the business after a recent burglary.

Last year, Johnson received death threats after offering Zimmerman a gun of the same make and model used by Zimmerman in his deadly confrontation with Trayvon Martin in Sanford.

FWIW, here’s audio of me discussing the acquittal:

Well, based on George’s judgment in picking women, this is good.

A dog will never bite him as badly.

hmm…wonder what is going through his mind.
hope he doesn’t now see himself as a vigilante.

This guy has some kind of issues.

The cops in FL have issues. who writes a report on a civilian contact (that is cleared on the spot of any wrong doing). ?

Hmm. Wonder what the law is about shooting someone fleeing from you after stealing weapons. After all it is safe to assume that they are not stealing the weapons to use ion a legal fashion.

Heck, Zimmerman could be seen buying a burger from the local taco burger pizza seafood house and that report would be broadcast as “breaking new at 6!” Or, breaking news might be that George made a deposit at a local thrifty bank. He’s a target for the Mass Medium idiocy forever now.

Exactly. The first rule of social activists, is that no one escapes their clutches. It would set a bad precedent and damage their business.

And the cops would be there (under Holders orders) to document his presence in a formal police report.

This isn’t the first time that the press has abused its privileged position to carry out a vendetta against an individual or organization which they disfavored.

In the absence of moral constraints, and with a complicit government, there are only competing interests to prevent the press, etc. from running amuck. Unfortunately, the press is not the only body with a privilege to abuse civil rights.

I think the vendetta comes from Holder. Standing orders to write up reports on any Zimmerman encounter so that the press can find them.

What was the Police doing back there? someone call? I doubt it.

You know how the media is soooo careful to pronounce a criminal caught doing crime as doing so “allegedly”?

Yeah, that’s the case here too. The guy who owns the store is the source of the accusation/statement.

So far no one else corroborates this story and one has to see that this store owner could have some reason for lying. And with GZ’s reputation in tatters, how can he prove a negative?

And what exactly does it mean to be “patrolling”?

Everyone who has bad things to say about GZ should remind themselves how often, how badly and how repeatedly that media has lied about him, his actions, his motives and in general everything else.

I don’t have anything bad to say about him and I agree he was treated horribly. However, if it were me, I would have already changed my name and gotten the he-double hockysticks out of Florida.

Agreed, I’d be on a crab fishing boat off the coast of Alaska right about now if I were him. Or sheering alpacas in the mountains of Peru.

Well, he certainly is free to do as he wishes. Unfortunately for him, he has a hard time shutting his mouth.

Why did he even answer police questions? apparently he gave them lots of details about what he was doing there.

Besides that, what I find a little troubling is the fact that the Police took a report on a non-crime, civilian contact. that is not the norm in the PD’s I have volunteered at.

I wouldn’t be a stretch to say there’s a DOJ mandate to follow and harass Zimmerman until found in something.

He really needs to get out of the country and stay in Peru at least until Obama is no longer president. Also he he should think about changing his name.