Hey….what ever happened to the Coffee Party?

Hey….what ever happened to the Coffee Party? 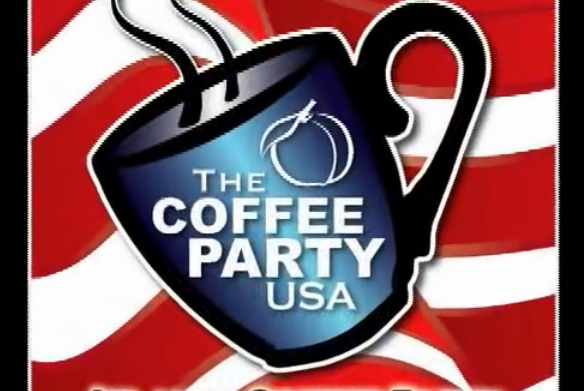 In the wake of Tea Party’s initial phases of success and media attention in 2009, progressive counterparts astroturfed their own version: The Coffee Party.

For me, the most troubling aspect of development is that the organizers usurped the beverage that powers my Tea Party activities.

Nice to see such concern, Jennifer! Especially touching, as the Texas Tea Party just arranged a replacement for a 34-year-incumbent during the Republican primary runoff. As an analysis of the Tea Party’s defeat of Lieutenant Governor David Dewhurst pointed out: The GOP, once dominated by business interests and Beltway insiders, is now driven more by local activists far from Washington watching their members like hawks.

This got me to thinking: What ever happened to “The Coffee Party?” The last time I checked in on them (in 2011), the progressive version of the Tea Party had a schism so bad, that one group split up into two different booths at an event.

Here is the latest statement from “Coffee Party USA”. Frankly, I don’t see much life left:

It has been great to see the passion with which people have jumped in to “save” the Coffee Party, when in fact, no rescue is necessary.

We are moving from an old model to a new model in our human and political affairs — from one in which we are at effect (disempowered) to another at which we are at cause (empowered). One is largely negative which leads many to feel our cause is doomed, to one that is affirmative and believes in the best of humanity and offers hope.

Our world today — the old model — is ripe with victims, persecutors and heroes (aka rescuers) which many believe is the meaning of our daily lives. This type of thinking, from inside the drama triangle, focuses on what we don’t want, who’s to blame, how bad we feel, and we tend to give our power away to and eulogize those who we call saviors. This is a default setting for most of the world.

Let’s compare it to the strength of today’s Tea Party.  For example, my state leads the nation in the number of Tea Party members, with over 40,000.  Additionally, the report has these intriguing data points:

Finally, I will simply point out that during a Coffee Party event several years ago, former San Diego mayor Bob Filner said he wanted “Blue Dog Democrats” to be tossed out of the party. And the reason he is the former mayor is a combination of his antics and what citizen activism learned, in part, through Tea Party activities. And this Blue Dog Democrat was happy to help.

So, the next time someone states “Tea Party is dead,” just ask them about Coffee Party. That should be a jolt!

While the Tea Party here in Texas is constantly trying to run high profile candidates, we’re also running, and winning, elections for lower offices. This is a trend nationwide, and as the lower offices begin to grow with Tea Party members the donors will begin to materialize for the higher profile races. This is a marathon, not a sprint, and we’ll eventually win the day.

It makes sense to me that California would have a large TEA Party contingent: California has been a one-party state for a very long time, and without an effective Republican party, there is no other place to go.

In Texas, both parties compete for TEA Party voters, so that many people who subscribe to TEA Party policies will find a home in either national party.

I thought a coffee party was when my wife and her girlfriends took over our dining room for something other than selling cosmetics and tupperware.

The Coffee Party was part of Hillary and Bill’s tactic.

I did not know there was such a thing as “The Coffee Party.”

I looked it up.
I found this:

Change from Coffee party to the Starbucks party