Obamacare political delays in one infographic

Obamacare political delays in one infographic

When an administration becomes the law unto itself.

This infographic was produced by the GOP to show how many delays there have been in the Obamacare implementation.

It is, as Jonathan Turley stated the other day,

“a fundamental change in our system” to which the media has become “enablers” bordering on “a cult of personality” for many people on the left regarding a “president who’s claiming the right to basically rewrite or ignore or negate federal law.” 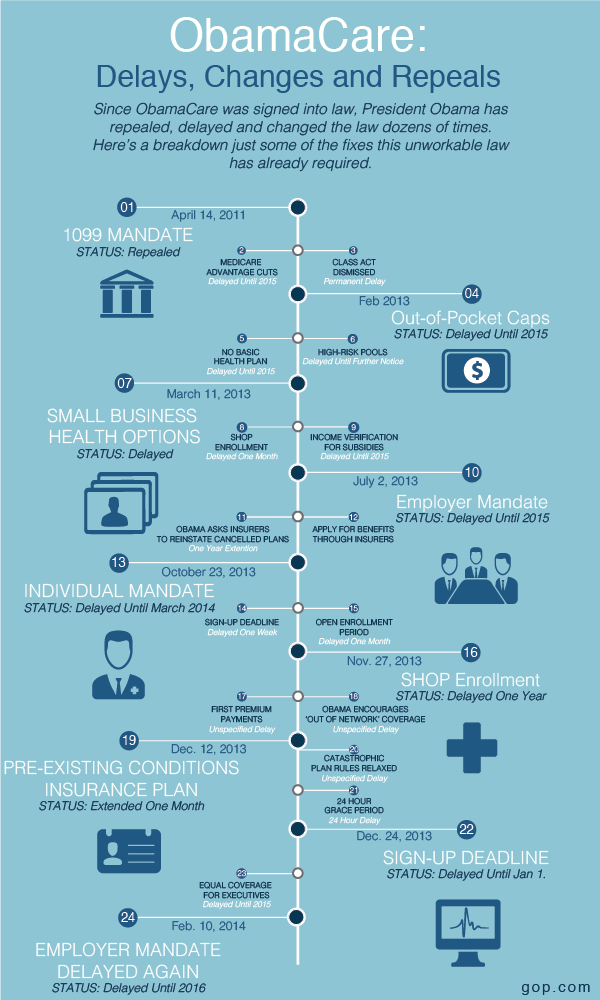 So much for checks and balances in the system.

My wife has eight months to go before she qualifies for Medicare. After considering whether to pay twice as much for insurance and hand over her personal information to an insecure government website, she decided to take her chances and just go without insurance until then. I wonder how many other people have come to the same decision.

Not with Neville Boehner as Squeaker, and Greasy Prebus as GOP chair.

November 2014…Republicans retake the Senate. The dismantling of Obamacare begins.

Why the @#$% is Neville Boehenr still GOP Speaker?