Not exactly Breaking News: Turkey is run by Islamists who don’t like Israel

Not exactly Breaking News: Turkey is run by Islamists who don’t like Israel 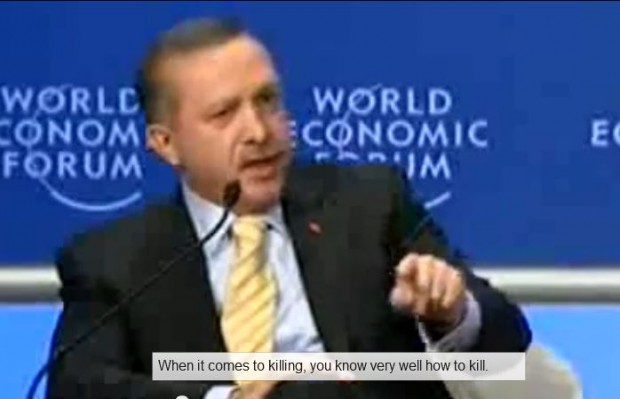 But you knew that, because we have been following the antics of Turkish Prime Minister Recep Tayyip Erdoğan for years.

His is the quiet takeover of Turkish society, unlike the brash and ultimately too brash Mohammed Morsi in Egypt.

This latest from the Turkish Foreign Minister is standard stock at this point.

Via Times of Israel, Davutoglu: Turkey will never cooperate with Israel against a Muslim country (emphasis added):

Turkey on Saturday denied reports of its involvement in an alleged Israeli air strike on a military base in Latakia, Syria on Wednesday, which allegedly targeted “missiles and related equipment” meant for Lebanese terror group Hezbollah.

Turkish Foreign Minister Agmet Davutoglu said Saturday: “There is an attempt to give the impression that Turkey has coordinated with Israel. We have issues with Syria, an issue based on a principle. But let me say it clearly: The Turkish government has never cooperated with Israel against any Muslim country, and it never will.”

Miller’s comment about how fascism comes in with an easy grin and charm tells the story of what happened in Turkey. Since Ataturk did not get rid of Islam, the virus remained not so dormant in the society. Erdogan, a bug all by himself, charmed his way in, reawakened the virus so that now it fully controls the host.

Israel, prepare for a many-pronged warm and don’t be surprised if Obama sides the USA with the Muslims against you. There is a purpose for the purgation of the US military.

Turkey is under occupation. Send the flotilla!

No. Wait. Let me frame this properly. Turkey = Israel is under occupation… Send the flotilla!