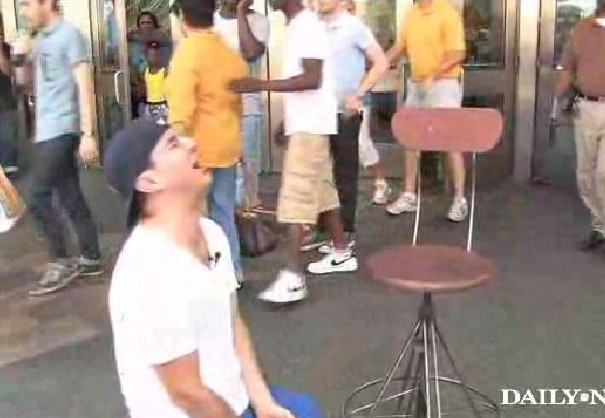 So often we hear Democrats demand Republican capitulation on a host of issues — some social, some economic — because Republicans are on “the wrong side of history.”

That argument was made, in highly perjorative, eliminationist ways during the epic struggle of Ted Cruz, Mike Lee and others to stop Obamacare before it inflicted more pain.

That effort to stop Obamacare prior to the failed rollout of healthcare.gov was belittled by people like Timothy Egan in The New York Times as being on the Wrong Side of History, writing on October 3, 2013:

They are not righteous rebels or principled provocateurs. They are not constitutionalists, using the ruling framework built by the founders. Just the opposite: they are a militant fringe of one party in one house of Congress in one branch of government trying to nullify an established law by extortion. This is not the design of the Constitution.

Nor are they Martin Luther King Jr., or Rosa Parks or Winston Churchill — preposterous comparisons made on the floor of Congress by those whose only real fight is with progress….

We know now why Senator Ted Cruz, the most hated man in Washington, said he fears that once Obamacare is up and running people will like it — and then it will be too late for the obstructionists….

They wrecked the car, dug their own grave; no matter what you call it, history’s verdict came early.

Little did Egan or the others belittling the warnings about Obamacare realize that history’s verdict would be against them; that Obamacare was it was not as it was sold and would cause Democrats to scramble for distance; that the Tea Party would be viewed as more in touch with American values than the ideology behind Obamacare; that big government would become the most hated thing outside Washington, even if Ted Cruz remained “the most hated man in Washington.”

The sweep of history is upon us, and it is not with the bigger government Democratic Party.

That is why Democrats need to fracture the electorate into sub-groups based on racial, gender and ethnic politics, to promise redistribution of wealth as a carrot and use demonization of the 5% as a stick; to demand feilty to a demi-god for the sake of him.

It may have been good politics in the short run, and may have won elections, but it is doomed.

What we are seeing in horrific polling for Obama and Obamacare is the verdict of history coming too early for Democrats.

We don’t want any big gov republicans either.

To take back the Republican Party, you need to fire Rancid Prius and all the insiders running the RNC. Then, move the RNC Headquarters to somewhere in America’s heartland, where real people live and work. Move the party OUT of DC and soon, it will be RUNNING the place!

Heck, go one more and move the whole Fed out of DC to say….
Goodland Kansas!

What we DO need is deep-in-the-bone reformers, who are DEDICATED to the ideas and ideals of the Constitution.

We even HAVE some, who have spent a lifetime preparing.

“Cometh the hour…cometh the [person]” Some of them we have never heard of, either.

Speaking of “reformers”, it looks as though Scott Walker may be thinking about running.

But not “PROGRESSIVE” reformers!

They’ve given us the 2 most hated laws in American history –
Prohibition, and ObamaCare.

I think ObamaCare is now more hated than Prohibition was though.

Interesting that Ted Cruz, “the most hated man in Washington DC” is dead even with Hillary Clinton (44% – 44%) in a head-to-head 2016 matchup in a state that Obama won rather easily in 2012.

But they’re on the correct side of sociopaths!

There were a boatload of Republicans just as wrong about the Cruz/Lee effort as were Democrats, and more than a couple commenting thus on this blog.

The Democrat Party, MSM, et al, are currently supporting Obama as a treatable political cancer. However, by spring even the Reids and Pelosis will be saying, “Geez, that Obama guy, what an asshole, right?”

LOL Thanks for the chuckle Sally.

But we both know it will never happen- unrigged!

What we need are people who recognize that computers and social media have opened up a whole new way of managing our government to reduce its footprint and its cost.

Why are government agencies still operating as though it were 150 years ago?

Today’s technology makes almost 100% of the current jobs redundant in many areas of government!

I give you the IRS for one!

Expanding Medicaid cannot be considered reform. It implies that there is a systemic and progressive drag (i.e. Detroit effect) on the economy. Something which Obama, Reid et al do not want to acknowledge. I wonder if the Republicans have the courage and motivation to address the underlying comprehensive causes.

They all stood up (politicians and media water-boys) and vilified Ted Cruz and Mike Lee so with utter self-righteousness. So it is baffling when Kristen Gillibrand says they all knew Obama was lying and health plans would be canceled, they not only knew but each individually went out on that same “if you like it, you can keep it” limb and made the lie their own.

What were the dimwits expecting to happen? We would all be stampeded into ObamaCare and any resistors would be taken care of in the manner that they were handling Ted Cruz and Mike Lee. Just brute force us into their socialized medicine, what a low opinion they have of us.

It may have been good politics in the short run, and may have won elections, but it is doomed.

Maybe. Hopefully. But, to me, that’s the least of it.

I love it when somebody finally “gets it”. Many, too many, are slow to come to grips with the true nature of what we are up against-

1, stupid and incapable of making the “right” political choices.

2, ethically foul (bitter clingers, racist) and therefore not only deserving of, but requiring, manipulation and deceit from their intellectual and moral betters to induce them to make the “right” political choices. The truth won’t work with people who are both intellectually and morally retarded; like children being told to be good or else Santa Claus won’t give them gifts, they have to be manipulated into the right decision by childish fictions.

3, tax-generating worker drones whose only real value is not in the fullness of their own lives (they’re essentially zombies, monsters, beasts of the field) but whose labor can be expropriated to improve more worthy lives.

Essentially, the entirety of Flyover Country, filled with dull-minded, black-hearted suburban and rural Middle Class workers, is a gigantic farm of human beings from which progressives can harvest the fruits of Middle Class Labor for various feasts they’ve planned.

Academia, the media, Hollywood celebrities and other Obama toadies want so much for him to be an historic President, they were, and continue to be blinded by reality. Obamacare is only the most recent bungling by this administration. Everything they have engaged in has turned to crap. None of this was planned . . . it is the result of sheer incompetence on a grand scale. It irritates me to hear people say this is all planned and they want things to fail. That means these people think Obama is a genius. He is not a genius, nor are those helping them. They are a collective bunch of dimwits who have only been able to survive because of a condescending and cowardly media. What exactly has this bunch of dolts accomplished in the past five years that is of any value?

Obama is a real-life “post turtle”,belonging to the media, the elites and the Hollywood crowd.

Well, when you’re driving down a country road and you come across a fence post with a turtle balanced on top, you know he didn’t get up there by himself. He doesn’t belong up there. He doesn’t know what to do while he is up there, and you just wonder what kind of a dumb ass put him up there!

RE: “None of this was planned . . . it is the result of sheer incompetence on a grand scale.”

(API) Washington, D.C. – The White House this morning received word from the United States Chief of Protocol that the traditional presidential salutation, “Hail to the Chief” will be replaced immediately by the more contemporary, “Yakety Sax,” written in 1963 by American composer and saxophonist Homer Louis “Boots” Randolph III. This wildly popular piece was made famous by British comedian Alfred Hawthorne “Benny” Hill who used it as his signature theme song during much of show’s latter years until its cancellation in 1989. Both Mssers. Randolph and Hill are unavailable for comment, as they are deceased.

The ‘Wrong side of history’ ‘ is a bully tactic.

History is anything & everything that has passed.

Specifically to HindenburgCare there does not seem to be a past present or future. It is in a twilight Zone all of its own with no website.

Not A Member of Any Organized Political in reply to BannedbytheGuardian. | November 21, 2013 at 11:03 am

Dr. Menegele..ERRRRR!!! I mean Ezekiel Rahnm mentioned Obamacare and its Death Spiral a whole month ago – on national TV!!!

You can speak on soap box about principle all you want and argue about policy if it makes you feel smart. What it all really comes down to in PROCESS. Is the government going to do what you want it do do? Are they going to fine you for failing to file a 1099-GOV on your contractor? Sure. Are they going to give away thousands in welfare, SNAP, Section 8 housing, AC support in summer, fuel oil support in winter…all with NO reporting which would look like a 1099-GOV.

Every agency issues W-2’s to their wages slaves and 1099-MISC to their contractors, but non-worker recipients don’t get any reporting.

Obama is a symptom, he is not the root cause of the problem.

By “people” I do include yourself.

What if the 2012 election were held today? Mitt Romney apparently would be president, according to a new poll.

It would be a huge mistake to assume that America has suddenly wised up.

Instead it was only the arrogance of Obama, Reid, and Pelosi to take advantage of their temporary control to ram PPACA through without a single Republican vote. The leftists only succeed by incrementally raising taxes and reducing freedom, so that no wide base of the public catches on to what they are doing at the same time.

But people old and young are being hit with massive rate hikes and sudden cancellations here. They are being slapped in the faces – and pocketbooks – by reality.

The quintessential quote that will in time explain the collapse of the Obama Administration and ACA (and with some luck and perseverence, more of the welfare state mess) was by a liberal in the LA Times, who wrote: “I was all for ObamaCare and subsidizing people’s health care until I realized I would be the one paying for it.”

Odumbo will do what Bill Clinton did, when he got caught with his pants around his ankles: start a war.