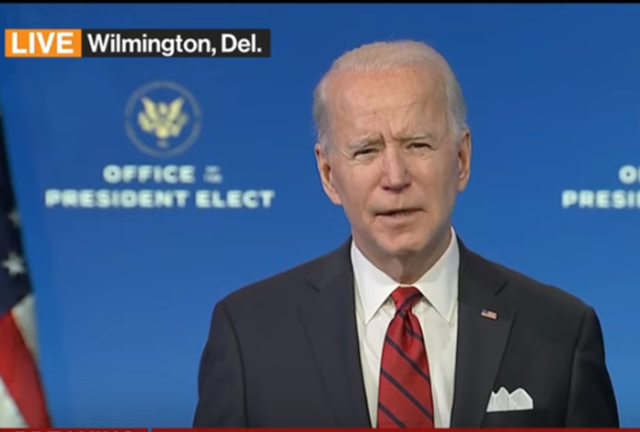 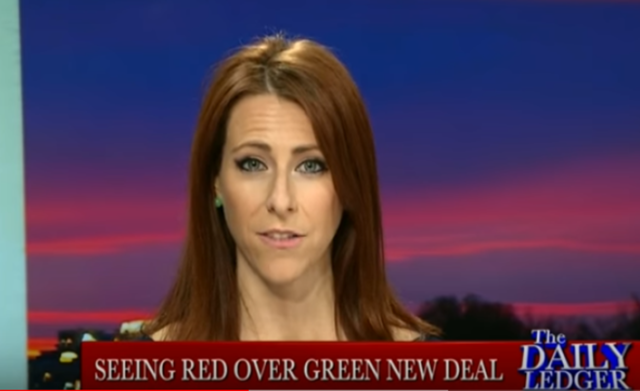 Posted by Leslie Eastman on February 17, 2020 13 Comments
President Donald Trump's not only shaking up Washington, D.C. by his firings (e.g., the mass termination of National Security Council members).
Read More 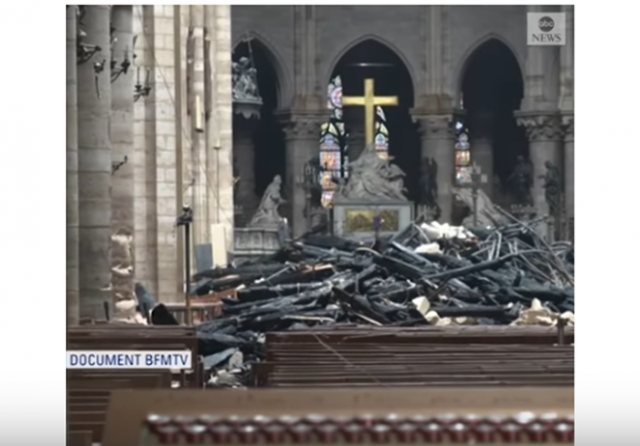 Posted by Leslie Eastman on April 17, 2019 8 Comments
As a practicing Catholic who visited the famous Notre Dame Cathedral in 2015, watching the news reports covering the conflagration, the destruction of its roof, and the collapse of its iconic spire was gut-wrenching.
Read More

Posted by Mary Chastain on April 15, 2019 59 Comments
A fire has broken out at the historic Notre Dame Cathedral in Paris, France. People have posted videos and pictures on Twitter of the horrific fire, which people can see from miles away. It seems like the fire continues to grow with every new posted picture.
Read More

Paris Climate Accord fails to work as advertised

Posted by Leslie Eastman on February 24, 2018 18 Comments
The numbers for carbon emissions are in for nations across the globe and prove irrefutably that...President Trump was right for withdrawing the United States from the Paris Climate Accord. Two years after the historic agreement was signed, global emissions of carbon dioxide are rising again after several years of remaining flat.
Read More 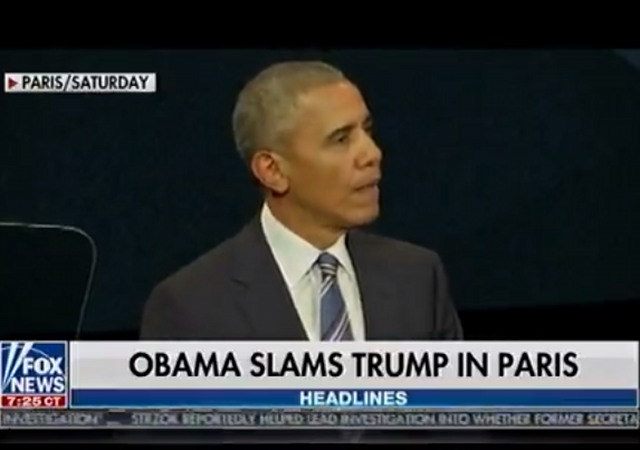 Posted by Mike LaChance on December 04, 2017 37 Comments
This weekend, Obama proved once again that he is incapable of affording his successor the same courtesy shown by his predecessor. While speaking in Paris, Obama cited a lack of American leadership on climate change.
Read More 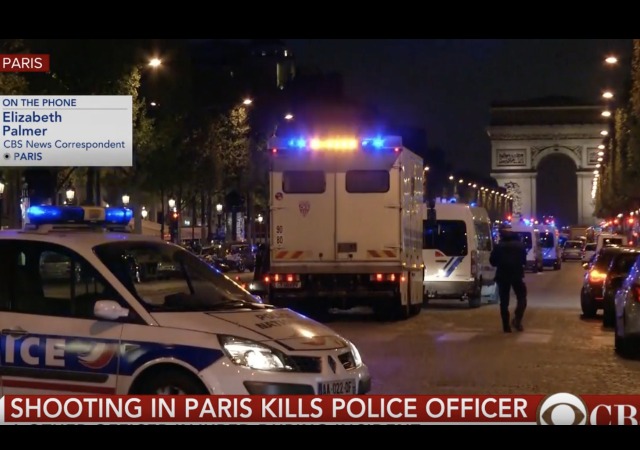 Posted by Mary Chastain on April 20, 2017 3 Comments
A gunman opened fire on the famous Champs-Élysées in Paris and killed one police officer before being killed himself. The attack left two other people seriously injured. ISIS immediately claimed responsibility for the terrorist attack. The Wall Street Journal reported: 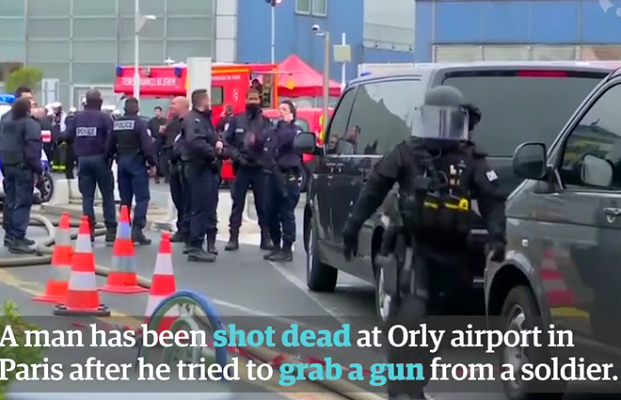 Posted by Fuzzy Slippers on March 18, 2017 12 Comments
A man on the French terror watch list shot and wounded a police officer in northern Paris before traveling to Orly airport where he tackled a female soldier and tried to take her rifle.  She was among the French soldiers on anti-terror patrols of the airport.  She did not release her weapon to the terrorist, and he was subsequently shot and killed by other soldiers. The dead terrorist has been identified as Ziyed Ben Belgacem, a radicalized Muslim whose apartment was among those searched following the coordinated Paris terror attacks in November 2015.
Read More 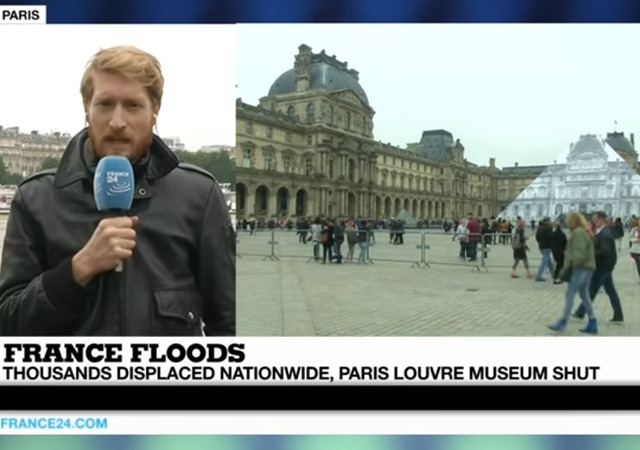 Posted by Mary Chastain on June 03, 2016 5 Comments
Devastating floods have forced officials to shut down the Louvre and evacuate priceless works of art. The Louvre houses the Mona Lisa, but workers assured people she will remain protected on her upper floor. But the most visited museum in Europe must shut down:

"Due to the level of the river Seine, the Musée du Louvre will be exceptionally closed to the public on June 3, 2016 to ensure the protection of the works located in flood zones. We apologize for any inconvenience caused," the museum said on its website. 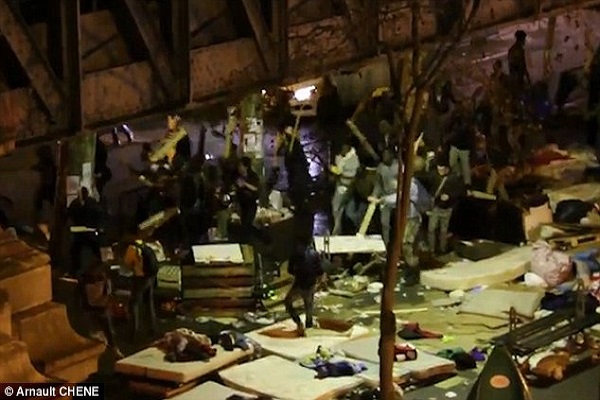 Posted by Fuzzy Slippers on April 17, 2016 12 Comments
On Saturday, riot police were called to an unofficial migrant camp at a Paris metro (subway) station due to a violent street brawl that was transpiring amongst the migrants living there. The Daily Mail reports:

French Interior Minister Bernard Cazeneuve had earlier announced the removal of the camp in a joint statement with Paris Mayor Anne Hidalgo, but the migrants returned with makeshift mattresses two weeks later.

. . . .  The violence erupted underneath the tracks when a group of men threw objects at the migrants, most of whom are thought to come from Africa and the Middle East.

. . . .  Riot police used tear gas to disperse the crowd and arrested a drunk man who is thought to have thrown the first missile which sparked the chaos, Le Parisien reported.

The police are said to have been pelted with bottles and debris when they arrived at the scene of the fight between the homeless migrants and a so called 'anti crime brigade' from Stalingrad, which lies in the 19th arrondissement of Paris.

“Did your French gun control stop a single [expletive] person from dying at the Bataclan?”

Posted by Mike LaChance on February 17, 2016 16 Comments
Jesse Hughes is the front man for Eagles of Death Metal, the band which was performing in the Bataclan theater during the Paris terror attack. The band is returning to finish their show and Hughes gave an interview to a French TV show. When guns came up, things got interesting and emotional. Eric Scheiner of CNS News reports:

Eagles of Death Metal Frontman: 'Did Your French Gun Control' Stop Anyone From Being Killed at Bataclan in Paris? In a recent interview with French iTélé, Hughes said that French gun laws did nothing to help the victims. 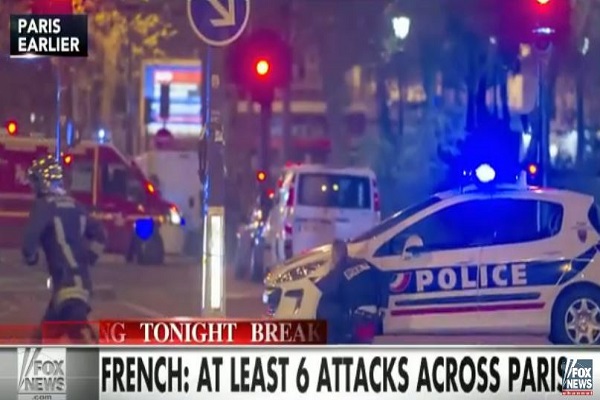 Posted by Fuzzy Slippers on January 25, 2016 5 Comments
ISIS has reportedly released a video that confirms that the Paris terrorists trained in Syria; the video shows the men carrying out executions and reinforces the knowledge that they were not merely "inspired" by ISIS. The New York Times reports:

The Islamic State released a video on Sunday apparently showing footage of the men who carried out the November attacks in Paris while they were in Syria and Iraq, where they are pictured carrying out executions, including beheadings.

If the identities of all of the men in the video are confirmed, it would be the first evidence that the group that killed 130 people in coordinated attacks in Paris on Nov. 13 had been sent from the Islamic State’s base in Syria. 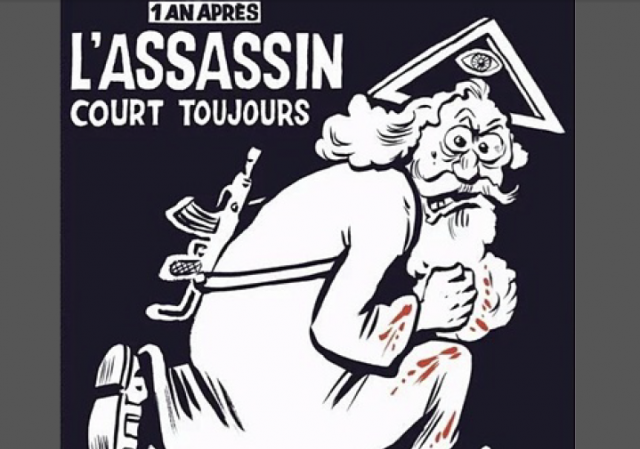 Posted by William A. Jacobson on January 04, 2016 12 Comments
January 7 is the one-year anniversary of the attack on the Charlie Hebdo offices in Paris and, two days later, the Hyper Cacher kosher supermarket. 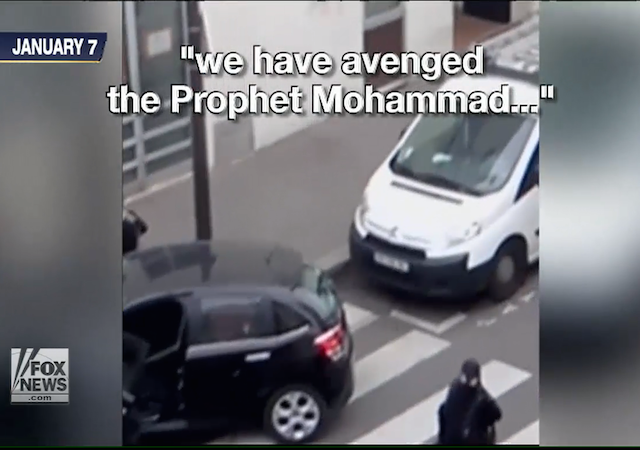 The cover for the anniversary issue of Charlie Hebdo has been released. The Guardian reports:

French satirical weekly Charlie Hebdo will mark a year since an attack on its offices with a cover featuring a bearded man representing God with a Kalashnikov slung over his shoulder, accompanied by the text: “One year on: the assassin is still out there.” One million copies of the special edition will be available on newsstands on Wednesday, with tens of thousands more to be sent overseas. It will mark a year since brothers Chérif and Saïd Kouachi burst into Charlie Hebdo’s offices in eastern Paris and killed 12 people, including eight of the magazine’s staff. 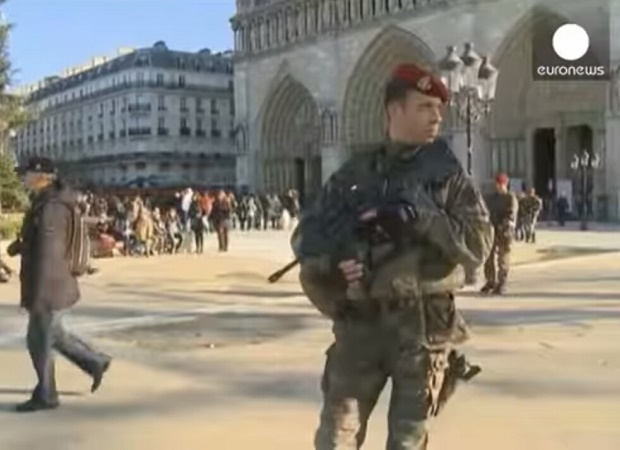 Posted by Vijeta Uniyal on December 24, 2015 11 Comments
This year saw the destruction of some of the oldest continuous Christian communities in the Middle East. As predominantly Christian Europe braces itself to accommodate millions of new Muslim migrants this year alone, Christianity takes its last breath in region where it was first revealed to the world. Israel remains the only glaring exception to this dismal rule. The armed war against Christians is accompanied by a cultural war on Christmas. This year, Muslim countries like Somalia, Tajikistan and Brunei joined the long list of Islamic nations banning the Christian festival -- in many cases making Christmas celebrations even in private settings a punishable offence. With the rising tide Islamist terror, even in the Christian heartland of Europe the Christmas is now under siege.
Read More

Posted by Erin Mundahl on December 10, 2015 9 Comments
Nearly a month after the horrific Paris terror attack, French authorities have successfully identified the third gunman who opened fire on the crowd at the Bataclan Theatre. Foued Mohamed-Aggad, 23, was born in Strasbourg in northeastern France. He spent some time in Syria in 2013 and authorities had thought he was still abroad. A lawyer for his family told press that Mohamed-Aggad's mother apparently received a text message from Syria about ten days ago which read simply: Your son died as a martyr on November 13. She contacted authorities, who used DNA testing to confirm Mohamed-Aggad's involvement. Reuters reports:

"The SMS message told her that her son had died, saying: "He died on November 13 with his brothers"," said Francoise Cotta, lawyer for the mother and her family, who said the woman got the text message 10 days ago. "She was instantly struck by the horrific thought that he might have been one of the Bataclan suicide attackers," said Cotta, adding that she was asked by the dead man's mother to get in touch with investigators. Mohamed-Aggad went to Syria in late 2013 with a gang of others from his neighbourhood in an area outside the eastern French city of Strasbourg. Seven of the group were arrested in May 2014 after returning to France.

Posted by Leslie Eastman on December 09, 2015 7 Comments
After the San Bernardino terror attack, California Governor Jerry Brown stopped by the city on his way out the the UN Climate Conference that is continuing this week. Brown, a leading advocate of creating climate change policies that have chilled the economy of the Golden State, was invited to speak. The reception was...unexpected.

Gov. Jerry Brown, at the conclusion of a speech here Tuesday, was heckled by a group of protesters opposed to carbon offset programs they said could hurt indigenous people. Brown, accompanied by several South American governors at a 19th century mansion in Paris, had finished brief remarks urging further efforts to counteract climate change when protesters started yelling, “No REDD.” The acronym is used by The Governors’ Climate and Forest Task Force, of which California is a part, to describe programs to promote reduced emissions from deforestation and land use. California officials have considered ways to link the state’s cap-and-trade program, in which polluters pay to offset carbon emissions, to tropical rainforests in Chiapas, Mexico and Acre, Brazil. Outside the venue, Tom Goldtooth of the Indigenous Environmental Network said that such a system could prevent indigenous people from working on their land. 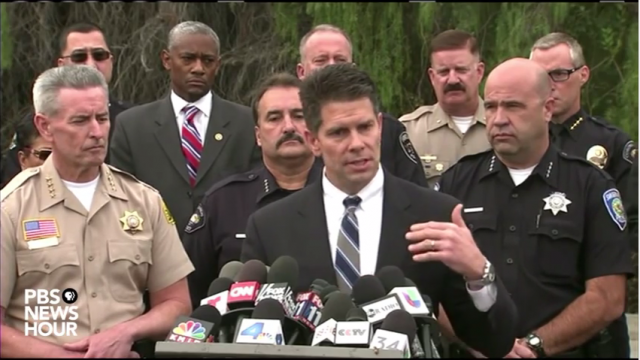 Posted by Leslie Eastman on December 05, 2015 8 Comments
A little over a week ago, President Obama was making the case that the most significant security threat was climate change and asserting that ISIS posed no credible threat to the US homeland. In the wake of the San Bernardino massacre of 14 Americans on the homeland, it is clear that the presidential fantasies and the national realities are quite different. The FBI has formally declared the incident is being investigated as an act of terrorism: 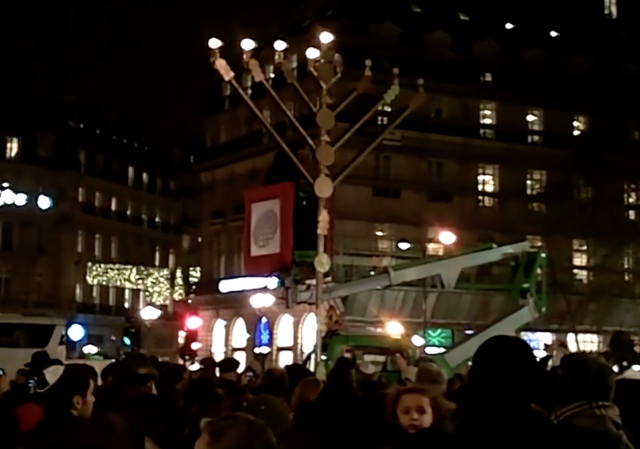 Posted by Kemberlee Kaye on December 02, 2015 2 Comments
Tuesday reports surfaced that Paris Police were advising against lighting Hanukkah candles in public places due to security concerns. The Times of Israel reported:

Miri Michaeli, Europe correspondent for Israel’s Channel 10 news, tweets a troubling report from Paris. The tweet reads, in Hebrew: “Chabad: Paris police order [us] to cancel most of our public [Hanukkah] candlelighting in the city, in light of the terror attack and the fear of additional attacks. Efforts [are underway] to approve a candlelighting at the foot of the Eiffel [Tower].”

Later (and after the headline spread internet-wide) the Times of Israel posted an update saying the original report had been retracted:
Read More
DONATE