The motion is the latest step on YU’s path back to the United States Supreme Court. 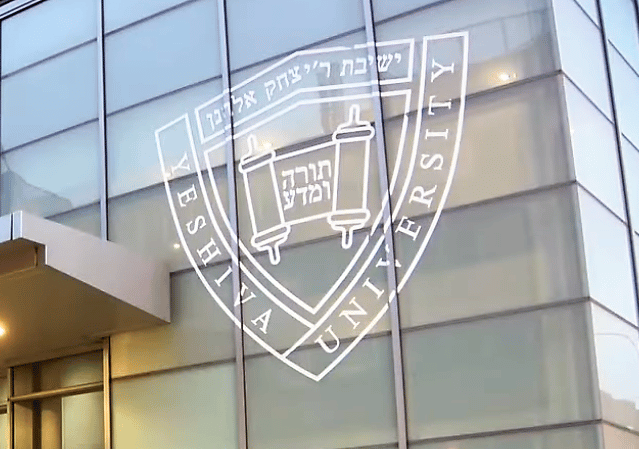 On Tuesday, Yeshiva University (YU) filed a motion for leave to appeal last month’s decision of the New York Appellate Division in its legal battle with the YU “Pride Alliance.”

As we reported in December, the appeals court affirmed the trial court’s order this past summer requiring YU to recognize an official “Pride Alliance” student club.

We’ve covered the ongoing conflict between YU and the student Pride Alliance here :

The motion is the latest step on YU’s path back to the United States Supreme Court following its September ruling denying the school’s request for emergency relief. The Court majority sent the university back to state court to finish out the appeals process, inviting it them to return if they “seek and receive neither expedited review nor interim relief from the New York courts.”

Does the First Amendment permit a State to force a Jewish school to instruct its students in accordance with an interpretation of Torah that the school, after careful study, has concluded is incorrect? The answer to that question is surely “no.” The First Amendment guarantees the right to the free exercise of religion, and if that provision means anything, it prohibits a State from enforcing its own preferred interpretation of Holy Scripture. Yet that is exactly what New York has done in this case, and it is disappointing that a majority of this Court refuses to provide relief.

The court denied Yeshiva’s request for a stay pending appeal, and when the University applied to the Appellate Division and the Court of Appeals for interim relief, those courts refused without providing a single word of explanation. As a last resort, Yeshiva turned to this Court, but the majority—for no good reason—sends the University back to the state courts. The upshot is that Yeshiva is almost certain to be compelled for at least some period of time (and perhaps for a lengthy spell) to instruct its students in accordance with what it regards as an incorrect interpretation of Torah and Jewish law.

An applicant may obtain a stay pending appeal if it makes a strong showing (1) that it would likely prevail if review is granted, (2) that it will suffer irreparable harm during the time it takes for the completion of the appellate process, and (3) that neither the interests of other parties nor those of the public militate in favor of denial. Nken v. Holder, 556 U. S. 418, 434 (2009). Yeshiva easily satisfies all these requirements.

Unless a stay is granted, Yeshiva will be required to recognize the Alliance as an official student group and to grant it all the privileges extended to other such groups. As the Alliance has contended, this would force Yeshiva to make a “statement” in support of an interpretation of Torah with which the University disagrees. The loss of First Amendment rights for even a short period constitutes irreparable harm….

The majority does not address our well-established standard for granting a stay but instead suggests that we cannot grant a stay because the New York courts have not entered a final order. But the state courts’ denial of interim relief constitutes a final order under National Socialist Party of America v. Skokie, 432 U. S. 43, 44 (1977) (per curiam)….

I doubt that Yeshiva’s return to state court will be fruitful, and I see no reason why we should not grant a stay at this time. It is our duty to stand up for the Constitution even when doing so is controversial.

If YU’s motion for leave is granted, its appeal will go to the New York Court of Appeals, the state’s highest court.  And if YU loses there — or if leave is denied — it can return to the Supreme Court for a stay, as the Court ruled this past summer.

Once the school is back before the Supreme Court, the four dissenting justices predicted success: They are “likely to vote to grant certiorari,” and “Yeshiva would likely win if its case came before us.”

The underlying issue remains the same. In 1967 YU split from its theological school, changed its charter and bylaws, and declared to the entire world that it was no longer a religious institution. It registered under NY law, not as a religious corporation, as it could have done, but as an educational corporation. And for 55 years it has continued to insist that it is not religious. At its graduate schools it allows gay clubs. Then this club comes along at the undergrad school and suddenly it finds religion, just in order to deny the club the recognition that it gives other student clubs that it doesn’t necessarily endorse.

The NY civil rights law explicitly grants an exemption to religious organizations; but YU has been insisting that it isn’t one, so the trial court took it at its word. If it wants to take advantage of the exemption, all it has to do is amend its charter and bylaws, re-merge with the Rabbi Isaac Elchanan Theological Seminary, and it will have no problem. But it doesn’t get to have it both ways.

Was that the basis of SCOTUS’s last ruling?

SCOTUS’s last ruling was purely procedural. You can’t go to the Supreme Court until you’ve exhausted your state-level remedies. That’s why four justices said screw that, we know they’re never going to get a hearing by the state courts, so let’s just hear it. They don’t seem to have got around to examining why the state courts were finding against YU. Having read the decisions issued so far, I don’t see how to fault them. They seem to me perfectly reasoned.

Are there any downsides for YU if they change their charter after 55 years to be a religious institution?

As I understand it they did it because there were government grants that they were ineligible for as a religious institution. I don’t know what those could be, and whether they still exist. If they do still exist, then they would have to give them up. But that’s the choice they have to make. They can’t have it both ways.

I was wondering if there may be accreditation issues.

The civil rights at issue have changed in the last few years.

And yet the NY court ruling to date is that their toleration for and support of homosexual students, organisations, and ideology to date has negated their right to claim 1st Amendment protection.

While the 1967 split with its theological school is interesting, it’s not clear that it’s actually relevant.

Sorry, you have no idea what you’re talking about. You have clearly not read any of the rulings to date, and have no idea what they say. The 1967 split is the entire basis for the trial court’s decision, and the appeals court’s upholding it. The whole case is about whether YU qualifies for the exemption under NYC law, and the trial court said it doesn’t, because it is not a religious institution. If it were, it would qualify.

But the main case is about whether it qualifies for the exemption.

So, when Alito referred to YU as a “jewish school” he was mistaken?

It’s a Jewish school in the sense that it’s run by and for Jews, and the vast bulk of students are Jews. That has nothing to do with religion.

Even more than that, it’s run by and for religious Jews, and the vast bulk of students are so. But the school itself is, by its own declaration, a secular institution.

The woke NY courts and. The trial judge did pro bono work for LGBT groups ignored the religious facts on the ground and issued rubber stamp decisions that focused exclusively on the charter Let’s see what SCOTUS does especially with a conservative majority that is very sensitive about free exercise of religion claims

On the contrary, the charter is the fact on the ground. It’s the only relevant fact. This is the inevitable if long-delayed result of YU’s “original sin”. What it did was effectively “writing on a bull’s horn that it has no portion in the G-d of Israel”, and now that has caught up with it. (I don’t know an appropriate equivalent Christian expression. Perhaps Peter denying Jesus?)