Kelly doesn’t hold back and reveals all kinds of inside baseball on the intersection of politics and media. 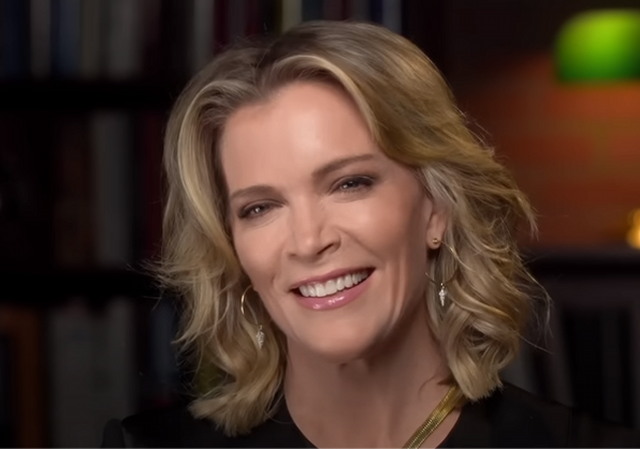 Late at night on New Year’s Eve, I was looking for something to watch, and this new interview of Megyn Kelly by John Stossel popped up in my YouTube feed. I decided to give it a chance and ended up watching the whole thing, and it’s fascinating.

Even if you stopped liking Kelly at some point, you’re likely to find this interesting because Kelly doesn’t hold back and reveals all kinds of inside baseball on the intersection of politics and media.

It starts with Megyn talking about her childhood. She was apparently an awkward child and was a frequent target of bullying by mean girls.

She then talks about her career and her time at FOX News. Inevitably, Stossel asks her about her debate moment with Trump. Kelly talks about how FOX News was trying to hold on to moderate Republican viewers while also trying to embrace Trump fans as his popularity grew and suggests that the network is still having some issues with that.

Kelly talks about her brief time at NBC and elaborates on the viciousness of news media, suggesting that FOX News was a walk in the park compared to the major networks.

She talks about how she used to be liberal on some things but says that the hard left turn progressives have taken in recent years has pushed her farther to the right.

In one of the most interesting segments, Kelly talks about what her kids were subjected to in New York schools and why she pulled them out and moved to Connecticut. We covered some of the issues she talks about here, but in this interview, she gives many more details, which even I found shocking.

Finally, she discusses the country’s crime problem and the left’s war on law enforcement. She makes it personal by talking about her half-brother, a police officer severely injured on the job.

Overall, I walked away from this interview thinking that Kelly was more conservative than I thought she was, and she also came off as really genuine and likable. Stossel does a great job asking questions and moving the conversation forward.

The entire thing is 50 minutes long, but I recommend watching it all. There’s so much here that you’ll find interesting.

I ‘stopped liking her’ when, just like a whole bunch of other Never Trump trash, she acted like she was making some BIG PRINCIPLED STAND against him, couldn’t take the backlash from conservatives, and then promptly ran off to NBC and proved all of her detractors right – that she HAD no actual conservative principles.

Bill Sammon, the Fox News VP and DC bureau chief, whose daughter was Rubio’s press secretary, orchestrated what he, Kelly, Bret Baier and Chris Wallace thought would be a campaign-ending ambush of Trump at the first debate. The impropriety of hijacking the debate to carry out their Never Trump and personal self-aggrandizing agendas cannot be over-stated.

Kelly thought she was going to make her bones by bringing down Trump.

It blew up in their faces.

Fox News lost a huge chunk of it’s viewership, most of which it has never recovered. I personally was a regular viewer of Fox News and Special Report but since that night I basically quit watching Fox News entirely, the exception being Tucker Carlson.

Kelly’s ambition and hubris led to her downfall. Perhaps she has learned from the experience, but I have little to no interest in the subject.

She’s picked up her game a bit, but she’ll always be under suspicion by the right. In other words, she did an “Ann Coulter” (who so obnoxiously and blindly supported Mittens Romney).

She by the way made hundreds of millions
Sniff sniff bad girls indeed!

Excellent interview. I wonder how many of the commenters here actually watched it.

Why bother? She has nothing of importance to say.

And the same can be said of you, one of the most obnoxious commenters on this sight.

And you eat with those fingers?

That is an example of one very smart woman! How refreshing to hear such common sense from anyone in the media. She also shows that she learns from her mistakes and has moved to right out of necessity.

She’s like the female version of Ben Shapiro, but with bigger balls.

I thought Meghan Kelly was a fine reporter but seem to go off the rails with the Trump interview. It seems, I hate to say it because I’ve heard the same ‘yuk’ from female friends and my own mother, she took personal offense with the Billie Bush’s video where Trump said “just grab them by the pu^$y”. What red blooded man in their youth hasn’t said or thought the same?

As I recall it was indelicate thought-private lockerroom boasting about about being a major celebrity. One element of mindless adoration (yeah, me neither) being that “women would just let you … “.

So IF anything like that MAY have actually occurred, it would have been sort-of consensual. (And just gross and stupid.
I’m NOT defending any such behavior.)

Growing up I was taught and more recently I have tried to instill in my kids, a philosophy that can be summarized “just because you can doesn’t mean you should.”

Trump was having what he believed was a private conversation with Bush about how some women respond to his celebrity status – some will even let him grab them by the pu!!y.

As always, the media intentionally spun it in the worst possible way.

The scandal is that Trump’s former employer, NBC, betrayed its former employee, Trump, by conspiring with the Washington Post to publish a video NBC taped and kept stored way of a private conversation between he and Bush.

When he was secretly being taped.

I watched the entire video. We can agree with someone on 99 percent of the issues and if they fall short on one … we’ll, forget it. They are the enemy.

“Forgive and forget” still has some relevance.

I was unimpressed by her from jump. Where it be her or O’Reilly or Jerry Rivers, “journalists” whose egos are so big that they become the story are rarely worth much beyond that.

Thanks for the post. It was an interesting watch.

Wow, spend 50 minutes watching a failed journalist I stopped watching years ago for very good reason or watch my 3rd re-run of the Cheeze-It Bowl?

I appreciate that others have granted her absolution but I’m going to make some popcorn and watch FSU beat OU again. I’ll pretend the game hasn’t happened yet instead of pretending I didn’t watch her do what she did.

Like so many of the Never Trump crew, a whole lot of people are ‘granting them absolution’, WITHOUT THEM EVER ACTUALLY APOLOGIZING OR ADMITTING THEY WERE WRONG.

A whole bunch like Kelly, Treacher, and their ilk seem to think that they can just mouth some conservative buzz lines and never have to actually answer for their open support of Democrats because of their precious ‘principles’, and that they can now whine about the Democrats and the drooling dementia patient doing exactly what we said they were going to do.

Forgiveness requires somebody to admit they were wrong and ASK for it.

I liked her and liked that she asked everyone the tough questions. You shouldn’t be able to tell the politics of a good reporter, or at least that’s the way it used to be. It certainly isn’t anymore. I respect her now more than ever. Others should have asked questions of Trump that they never did, for instance, all the claims of beef, wine, water, magazines, etc. that he said he owned and made. He made those claims during the debates, and every one of them was false, but NO media ever called him out on it.