“It’s so out of control on so many levels, and after years of resisting it, we’re going to leave the city” 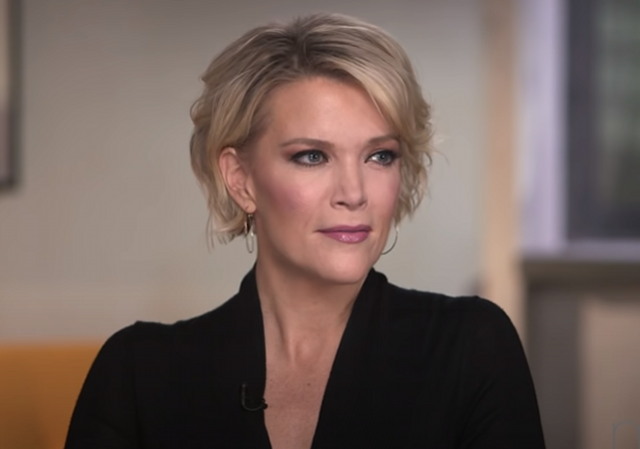 Former FOX News host Megyn Kelly recently revealed on her podcast that she has pulled two of her children out of their private New York City school over what she sees as political propaganda. She even says she is leaving the city.

The document she describes, and claims was circulated to parents and school staff, is the same sort of social justice rhetoric we regularly document in higher education.

Former NBC and FNC lead correspondent Megyn Kelly, who now hosts the Megyn Kelly Show podcast, said she pulled her two sons from their school in New York City because the school leaders are promoting radical racial ideas that apparently posit that white children are racist and need to be “reformed.”

“It’s so out of control on so many levels, and after years of resisting it, we’re going to leave the city,” Kelly said on her Nov. 16 podcast. “We pulled our boys from their school, and our daughter is going to be leaving hers soon, too. The schools have always been far left, which doesn’t align with my own ideology, but I didn’t really care. Most of my friends are liberals; it’s fine. I come from Democrats as a family.”

Kelly then explained that administrators at her sons’ school — which she did not name — were promoting an article to the faculty by Nahliah Webber, executive director of the Orleans Public Education Network. In the article, Webber promotes myriad racist ideas about “white children” who grow up to snuff out “Black life.”…

She continued, “White children are left unchecked and unbothered in their schools, homes and communities to join, advance and protect systems that take away Black life. … I’m tired of White people reveling in their state-sanctioned depravity, snuffing out Black life with no consequences….”

'After years of resisting it, we're going to leave."@MegynKelly describes why she pulled her kids out of their NYC schools – and she, @GlennLoury and @Coldxman Hughes discuss how "woke" leftism has taken over schools. Listen below, download here: https://t.co/F96HgI7HIW pic.twitter.com/Wljrlq7azf

Megyn has been more vocal than usual lately, and she is sounding a bit more conservative these days.

Biden calls for “unity” and “healing” – perhaps he should take it up first with the loudest voices of his own party? https://t.co/UO7r4MsUCY

The guy infamous for mocking Trump voters as stupid losers who can’t read (on CNN) now says he *really* tried to reach out but just “cannot help ppl who refuse to help themselves…”-namely his “oppressors.” He warns: “don’t waste your time.” But, UNITY! https://t.co/8R1FmRMvzv

The left is determined to embed their agenda in every area of our lives. In the places where people still have choices, they will do what Megyn Kelly has done. Unfortunately, it won’t be as easy for everyone.

Did it hurt when your eyes opened?

What hurts is that this wasn’t even a public school, but a private one that she presumably vetted before paying it. And she lives in an urban area where private schools are at least available, unlike where we live.

I feel sorry for the kids. Its Liberty vs Tyranny Meghan and you told Liberty to stuff it! The cliché conservative like Meghan Kelly and her ilk at Fox News can just stuff it too!

School Choice should be a Civil Right.

For an educated and knowledgeable conservative with resources she seems a little late to the party.

Smells like trying to get attention to me. Her leaving FNC at the time she did was a disaster. Or, so it seems. Now it seems she may have been ahead of the power curve.

As FNC morphs into CNN/MSNBC/PBS/etc., there is going to be an opportunity for real Conservatives (not Leftists playing Conservatives on TV) to form their own outlet. Newsmax? Maybe.

Going to be interesting.

Maybe she will end up working for Trump’s new network.

Who cares what this woman thinks or doe. She’s a shill just like the rest of them – just check out her performance in the 2016 Presidential debates. Total hit job ordered by Rupert and Co. After which she got her blood money with that $10M book deal through another Rupert Co. Without a media home, she panders to the base she sold out. Bye, Felicia.

Fox news…. seem to recall. Sounds familiar. Can’t quite place it. Was that a show on Animal Planet?

Publishers announce this stuff like it’s some sort of victory for conservatives. Like somehow surrender and retreat is a show of force. It’s the exact opposite. Every time conservatives do this, the indoctrinators gain more power.

When you stay, you might not win, but you present a voice and a fight for sanity. When you leave, they don’t weep over the loss of 1-2 students, they are cheering as that’s one less opponent they have to mow down.

When you leave, you abandon the teachers, staff, parents and students who agree with you. It’s cowardly, spineless and even more so, you aren’t teaching your kids any lesson about how to live life around people you dislike and disagree with.

Like her or not, she’s abandoning people who abandoned her children and our country.

She knows her vote doesn’t count in NYC.

NY State and California are the ‘living laboratories’ envisioned by the founders. They have created Frankensteins. And Kelly is voting with her feet, just like the Founders imagined, leaving the Frankenstein monster to devour its creators.

Apparently, you don’t have children.
If you do, you have terribly ordered priorities, and your children will take note of this as they grow up.

I have a child in public school. 10x more learning happens at home than at the school, but I paid for that school. Newsflash- your kids won’t learn jack shit in private school but parents confuse loving their kids with parting with 1-2k/month in tuition.

I’m not raising my child to be a gigantic pussy who is shielded from the evils and lumps of this world.

We don’t surrender. We fight. The principal of our school leaves the area when we are there.

But then again I’m not a big fox news babe, I’m just some asshole you’ve never heard of who won’t take any shit from public servants and mentally ill cross dressing trannies.

Fight?! Fight how? She has no say at all in how the school is run. She has no voice. The school does not consult her, nor is it willing to listen to her. So what could she possibly achieve by leaving her kids exposed to this poison?

Interesting point. Mancur Olsen wrote a lot about this. Essentially a corollary of the “tragedy of the commons”. When do you stay and fight, at large cost to yourself and no guarantee of victory, or when do you cut and run?

I pulled my children out of public schools when they were third/fourth grade. Not because of politics, but because they had tagged my daughter–who had a hearing disability–as being “slow”. A girl who as a first grader would be the banker in our Monopoly games.

Could I have fought to get them to take a little wider view? Sure. Would I have won? Dubious. Do I regret my decision. Not for a heartbeat.

For the most part, I have a lot of sympathy with the teachers. Most (not all) I have known genuinely like children and like teaching. Work very hard. OTOH, they keep electing their union officers–who give no damns about either children or teaching. Unions who are going to do everything possible to sabotage vouchers and/or charter schools. While sending their children to private schools.

Am I going to risk the “now or never” education of my children by tilting at a windmill? Not if I have an alternative–which I was fortunate enough to have.

this was intended as a response to Andy

There’s an award for good citizenship awarded at my kid’s elementary. They wave this award around at every assembly and all the kids faun for it. It always goes to the worst behaved kid to reinforce 2 hours of not being a jerk. The school honestly thinks this is a good thing. It has pissed my kid off to no end. For the first couple of grades she’d come home in tears about it.

Finally around mid 3rd grade she’s realized it’s a giant circle jerk where she will never win or be recognized. She pays no attention to it and has finally started treating it like Obama’s nobel prize and may veer into ridiculing it by next year.

Best lesson ever. Completely unintended by the school and the exact opposite of what they were going for.

Eventually your kid will have to deal with the leftist bullies. Our kid will end up on the white collar career track. All these battles at the lower levels are preparation for it. Incidentally learning how endure a beating and come out with a chip on your shoulder and an Eff U attitude is an invaluable life lesson.

Also, why would I rob my kid of the joy of sending leftist teachers to therapy crying? God knows I pushed many a teacher into a different career path. In grade school I even got a teacher so pissed they threw me against a wall on the way to the principals office… so I’m pretty sure my kid will do fine against the crowd that wants boys to use the girls bathroom.

The schools have always been far left, which doesn’t align with my own ideology, but I didn’t really care.

And this is why no one has any sympathy for you.

It took this electon for her to finally realize NYC schools are Maoist indoctrination camps? Did one of her kids threaten to report her or something?

Why is this at the bottom instead of top of the republican agenda?

“The schools have always been far left, which doesn’t align with my own ideology, but I didn’t really care.”
You didn’t care about your children? What they are learning/not learning? Are they just accessories for you?
YOU DIDN’T CARE!??!
Vapid, dumb ox.

Celebrities have found the Texas Hill Country conducive to raising and educating their children. It’s one of the few refuges left.

If this doesn’t work out for Ms. Kelly’s children, I will gladly help her make two more.

That’s what family dinner is for. “The teacher said WHAT?”
And why my granddaughters joke about anticipating my question when we visit; “What are you learning in social studies?’