“Attorneys for the coalition [of news outlets] said in the motion filed Wednesday that ‘the public and press have standing to assert their rights of access to court records and proceedings’,” the Associated Press reported. 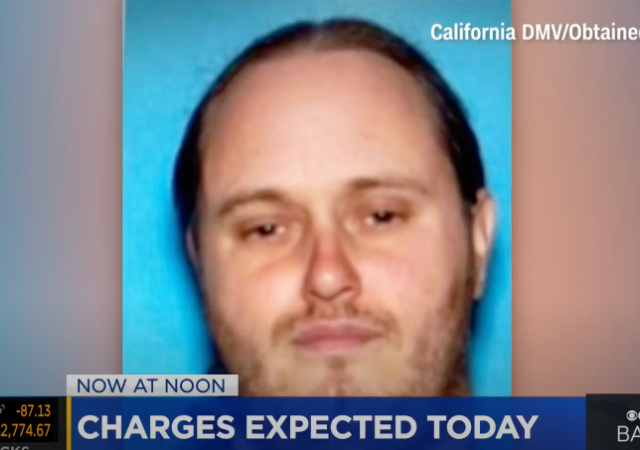 Joe Biden’s classified documents scandal has understandably dominated the news cycle over the last week, but as that story was unfolding, something pretty remarkable was beginning to play out related to the Paul Pelosi assault case.

Major media outlets including the Associated Press, the Washington Post, the New York Times, and Fox News all banded together last week to file a lawsuit against the San Francisco District Attorney’s office on grounds that the press and the public have a right to see the evidence against Pelosi’s alleged attacker, David DePape, who was reportedly targeting former House Speaker Nancy Pelosi, who was in Washington, D.C. at the time:

During a Dec. 14 preliminary hearing, the San Francisco district attorney’s office introduced audio and video evidence against David DePape, the man accused of attacking Paul Pelosi. But it has refused to release the evidence to the media.

Attorneys for the coalition said in the motion filed Wednesday that “the public and press have standing to assert their rights of access to court records and proceedings.”

Evidence introduced in the preliminary hearing against DePape included audio from a 911 call made by Paul Pelosi, portions of body camera video taken by the two police officers who responded to the Pelosis’ house, portions of video of a police detective interviewing DePape and footage captured by Capitol Police Department surveillance cameras.

Though the case shocked political observers, it has strangely been shrouded in secrecy and seemingly fell off the MSM’s radar not long after charges against DePape were announced by San Francisco District Attorney Brooke Jenkins and Joe Biden’s Dept. of Justice in late October, just three days after the attack and in the midst of the media falsely portraying DePape as a far-right wacko.

For example, as we previously reported, NBC News – which is also involved in the media’s lawsuit against the SFDA’s office – suspended reporter Miguel Almaguer without explanation to viewers after he filed a story with the TODAY Show in early November that didn’t match up with what the SFPD originally stated, with Almaguer reporting that it was Paul Pelosi who answered the door to the police (initial information by the police led people to believe a third person had been in the home and answered the door).

Further, Almaguer’s report stated that Pelosi “did not immediately declare an emergency” upon opening the door, nor did he “try to leave his home.” He then walked back “several feet” to the suspect shortly thereafter, according to NBC News sources, which is when DePape allegedly started hitting him with the hammer, fracturing his skull.

The video report, which NBC News also yanked, can be viewed below for anyone who missed it:

– Pelosi answered door, didn't "declare an emergency or try to leave his home," instead walked toward the assailant

– Pelosi & DePape were in house for 30 minutes before police arrived

Then NBC deleted this video from all platforms. pic.twitter.com/SxcWFb8yse

Even more interestingly, though Almaguer was taken off the air, a Bay Area NBC News affiliate confirmed some of the details of his report with their own sources, noting that while the DOJ’s court documents state that the police opened the door, the SF District Attorney’s office court documents say it was Pelosi who answered it.

Jenkins told the affiliate in an interview that “[Paul Pelosi] will one day need to explain — right, to potentially a jury — why he did what he did, and what thought process was going on in his mind.”

Around the same time NBC News was frantically working to nuke Almaguer’s story, so-called “journalists” at the Washington Post were arguing against the release of the Pelosi tapes on grounds that it would fuel conspiracy theories or something:

Conspiracy theories feed both by linking together unrelated things and by implying that something more is being hidden. Demanding the video is often just a way of doing the latter. And if released, it would likely add to the former. https://t.co/c21mvJAU5g

Because apparently democracy only dies in certain kinds of darkness or something.

Two months ago any media outlet that raised questions about the “official” story was ridiculed. But apparently, even the left-wing press has had enough of the stall tactics and, as the late Rush Limbaugh would say, are committing “random acts of journalism” for a change. We’ll see where their push leads.

He’s no longer under the protection of Pelosi’s Gavel and threats of legislative change.

Time to go the exorcism route .

Bet they re is lots of interesting things that happened, while guessed Alec Baldwin wouldn’t see a courtroom also guessed this story would get smothered into history.

Wait! Baldwin has not yet seen the inside of a courtroom. All we have today is an announcement of what charges will be filed. After filing will come the notices to appear, booking, bail: yea or nay. Then maybe he will enter the courthouse.

DePape might well get similar treatment because there is no way they will put Paul Pelosi on the stand to testify, let alone be cross-examined.

The left needs a shiny object to distract from the Biden documents / Hunter scandals. Paul has to take one for the team.

“Conspiracy theories feed both by linking together unrelated things and by implying that something more is being hidden. Demanding the video is often just a way of doing the latter. And if released, it would likely add to the former.”

Unmitigated blabbergab.
“If you don’t have anything to hide, you won’t mind us looking at them.”
That’s your rule — now shove it up your ass.

Isn’t Mr Pelosi on probation? If he is and he allowed the defendant into his home and paid for sex. That’s 2 violations of his probation. 1 for committing a misdemeanor and 2 for consorting with a known felon. Could this be the reason for all the secrecy?

I tried to find out about his misdemeanor probation.. Damages, fines, some kind of special thing on the car, ignition interlock… Is the other stuff just standard? That could be a really important point.

Operation Chickenhawk is in full swing. Get friendly with some local cops and prepare to be regaled with similar coverup stories featuring judges, doctors, ministers, etc.

“Paul Pelosi attacked in home by male prostitute/boytoy.” That should have been the headline. But, the media lapdogs couldn’t resist blaming President Trump and conservatives.

A long time friend used to be the head doorman (retired) at the Sheridan Palace and he knew about every tawdry thing that happened in SF. The usual gossips at SFPD have surely tattled on Pelosi but media are likely afraid to cross Nancy – and out Paul for the degenerate fiend he reallly is.