“I think the police are doing themselves a disservice because these videos do evoke a reaction from the public.” 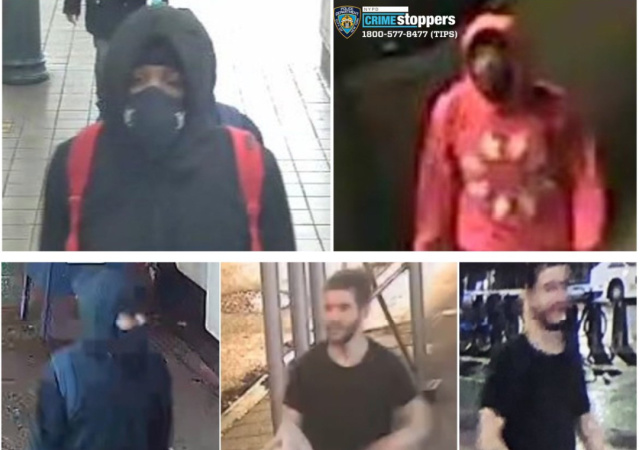 The New York City Police Department (NYPD) chose to cut back the number of graphic crime videos meant to bring in tips and identify suspects.

The decision came after the NYPD released a video on December 3rd. It showed a person hitting “a man in the head with a baseball bat with such force the victim immediately crumpled to the ground.”

The video helped capture the suspect.

The cops believed surveillance images of the suspect’s face helped catch the man, not the video.

One person told The New York Daily News that the released “video was sensationalism for the sake of being sensational,” and the police had “no reason to release that video.”

Others think it’s a mistake to stop the videos:

But other sources said that the department has overreacted by not releasing the videos showing criminal violence.

“You guys will run the videos that get more clicks,” a second source said, referring to the media. “More clicks mean it’s more likely that someone who knows the perp will call us with a name.”

“Because of the heinous nature of some of these crimes, people will get upset over it,” Giacalone said. ‘’Where you would normally have somebody protecting somebody else or not snitching on somebody, when there is a video showing people getting violently attacked, [tipsters] are more likely to come forward.

“I think the police are doing themselves a disservice because these videos do evoke a reaction from the public,” he said. “You get more attention with a video than a still photo.”

🚨WANTED 🚨for a Robbery at 459 Lexington Ave #Manhattan @NYPD17pct on 1/4/[email protected] 5:20 P.M. The Individuals displayed a firearm, broke open the display case & removed jewelry. 💰Reward up to $3500 Know who they are? 📲Call 1-800-577-TIPS Calls are CONFIDENTIAL! pic.twitter.com/fGqInUFsOL

Next, they’ll mandate everyone wrap their head in a towel. If you can’t see it, they assume they can’t either. Nobody’s worried, so nothin to worry about. (Or some BigCo will get a Safety Gnome to mandate peril-sensitive sunglasses. More money in that.)

I realize they’re running out of source material. They’ve blown through blueprint from The Communist Manifesto, through watered down takes like The Port Huron Statement, to speculative fictional dystopias, and non-tracking projections of what must inevitably be, from Silent Springs to Inconvenient Truths.

BUT The Hitchhiker’s Guide is a current farce, not a future utopia. Deliberately choosing farce as policy is something different. I would do that, BUT, I’m not presenting myself as doing something useful.

Your Bugblatter Beast reference may be too obscure for many people.

I think it’s also funny if you don’t know the reference. Maybe not.

“Oh, something that thinks it can’t see if you can’t. That’s … weird. Also weirdly resonant.”

One thing I love about Douglas Adams’ stuff — guy who wrote The Hitchhiker’s Guide, where the towel riff resides — is many jokes also work without knowing the concrete reference.

Douglas Adams could coin this kind of stuff — total genius. Similar to the Alice books, or Gulliver’s Travels. Should be required reading, for the language tools, thinking tools, and world assumptions he sends up.

Or maybe he’s a for real futurist. We do have a Prezzy who favors peril-sensitive sun glasses…

Cutting loose the criminals onto the population
A Marxist plot

I applaud NYC for looking for creative ways to increase their crime rate.

NYPD did not “choose” to cut back on videos. The police commissioner is appointed by the mayor. Orders are handed down from the mayor. The beat officers have no issue with you seeing what they see every day. Video captures more identifiable information. The true nature of the criminal violence can’t be captured by a still photo. We can’t have anyone question the media narrative. It looks bad for the Dem politicians if you see the violent criminal acts that occur every day.

While I agree with you, I think it’s understood with any street sense whatsoever that when one says “NYPD” did this that they mean the administrative wing of bureaucrats.

The silver lining is that those living and doing business in the NYC area will directly bear the effects of such woke idiocy. If they want to vote Dem, they should enjoy the fruits.

Pain is an excellent teacher and many people refuse to learn any way but the hard way. Hopefully it won’t be too hard on those who didn’t vote for this nonsense. Sadly, until enough of their friends and neighbors are directly confronted with foreseeable consequences of their foolish choices they will continue to be willfully ignorant.

Adams ran as the pro-police, anti-crime candidate, and it was on that basis that he won. Anyone who was familiar with his career could have predicted that he would not be nearly as pro=police as he pretended, but there wasn’t anyone better, and most voters were taken in.

It won’t make one bit of difference; the liberal judges and ADAs won’t permit the perps to spend more than two hours (if that) in a NYC jail.
Tell me: why would any seelf-respecting LEO want to go to the bother of bringing the perp in and getting a black mark on his record besides.

Remember that the next time that the police ask for the public’s help. “What did he look like?”… “we can’t show you but we will put up more cameras to see everything.

“graphic video will generate more interest in a crime than a mere crystal-clear picture of a suspect.”

Not that any of the photos in that first tranche could be described that way. The best is of a guy with 2/3 of his face covered. The worst looks like the adult child of Max Headroom and Gumby.