“Images of a funeral procession in which Palestinians carrying Daraghmeh’s body draped in the Hamas flag have been published by several photo agencies.” 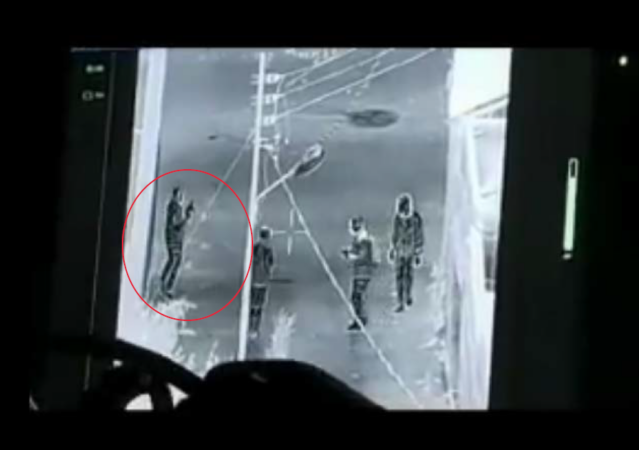 The “Pallywood” propaganda machine is once again running at full-steam. This time turning a dead terrorist gunman, who ambushed a group Jewish worshipers in West Bank, into a mere Palestinian soccer star.

Ahmed Daraghmeh, linked to the Islamic terrorist group Hamas, was reportedly killed when he and other Palestinian gunmen attacked Jewish worshipers on their way to the biblical prophet Joseph’s Tomb in the West Bank town of Nablus.

The Arab media and Israel bashers on social media didn’t let the facts get into the way, and began lionizing the dead Hamas gunman as a soccer star.

What @GaryLineker doesn’t tell you is that footballer Ahmed Daraghmeh was also literally a terrorist and member of Hamas. He was trying to kill a number of Jews when Israelis fought back and killed him in battle.

This level of pro-terrorism propaganda must always be challenged. pic.twitter.com/eGeUEb7Dtk

The Reuters rightly identified Daraghmeh as a Palestinian gunman, noting that “Israeli forces killed a Palestinian combatant in clashes near a flashpoint site.”

“Israeli military said that its forces were securing the entrance of Israelis to Joseph’s Tomb in the West Bank city of Nablus when Palestinians hurled explosive devices and fired at them,” the news agency added.

A video clip circulating on Twitter, apparently show Daraghmeh holding a gun during the shootout.

Overnight, Israeli ops in Nablus resulted in the exchange of fire between militants & Israeli forces. One militant,Ahmed Daraghmeh, hailed as a Palestinian soccer star, was killed as he engaged in armed clashes. Below he is holding a weapon w/ other armed individuals and is shot. pic.twitter.com/fDuWIzQtuE

The Times of Israel reported the incident:

A member of the Hamas terror group was killed as Israeli troops clashed with Palestinian gunmen in the northern West Bank early Thursday.

Ahmed Atef Mustafa Daraghmeh was mortally wounded when armed Palestinians exchanged fire with Israeli troops that entered the city of Nablus to escort Jewish worshippers to a site known as the biblical Joseph’s Tomb in the Palestinian city. (…)

In a statement later Thursday, Hamas said Daraghmeh was a “fighter” in the group. (…)

The Nablus-based Lion’s Den and a local wing of the Palestinian Islamic Jihad both claimed to have engaged the Israeli forces in the city.

On Thursday, Hamas announced that Daraghmeh, who played for West Bank Premier League team Thaqafi Tulkarem football team, was “mourned martyr… who was shot dead by the Israeli occupation forces at dawn Thursday in Nablus City.”

In a headline on their Arabic website, the terrorist group referred to Daraghmeh as a “mujahid”, meaning fighter or warrior.

Images of a funeral procession in which Palestinians carrying Daraghmeh’s body draped in the Hamas flag have been published by several photo agencies.

According to Al Jazeera‘s own admission, the “Palestinian group Hamas, which controls the (…) Gaza Strip, said that Daraghmeh was a member.”

The West Bank town of Nablus is a stronghold for Islamist terror groups like the Palestinian Islamic Jihad, Hamas, as well as the newly-formed terrorist group Lion’s Den.

Palestinian residents of Nablus have repeatedly attacked Jewish worshipers, who come to pray at the outskirts of the town. According to Jewish tradition, prophet Joseph is buried in the biblical town of Shechem, near the present-day Nablus. Many Palestinians are enraged at the sight of Jewish pilgrims at Joseph’s tomb.

During this year’s Jewish Passover festivities in April, an angry Palestinian mob desecrated the holy site and tried to set it on fire. “About 100 Palestinians rioters stormed the site, shattering the tombstone and lit fire to rooms in the monument,” the Israeli news website Ynet reported at the time.

Seems like using his hands (playing football) they shoulda just yellow-carded him for a first offense. These refs have been over-reacting since the world cup. Meddling in the game, vs. just keeping it clean. They shouldn’t takee up sides and stop stuff on the field. This guy just got over-enthusiastic — it happens.

Wait, not his first offense?

He was using his hands to hold a gun?

This wasn’t a football match? There was shooting?

I’d appreciate it if you could show just a modicum of respect for the greatest “flankerback” in the history of American football. Give the dotard-marionette credit for his whimsical flights of fancy, otherwise known as “lies.”

The perennial, reflexive whitewashing/rationalizing of Arab Muslim terrorism against Jews and other non-Muslims by European Leftists and American Dhimmi-crats is evil; there is no other proper characterization for this behavior.

how many innocent lives in close proximity to this “football player” were saved when he was taken out?–thanks to the resolute actions of the idf we will never know

does it really matter what this shooter was ? a football player, a dedicated terrorist, a hard-luck hoodrat who was ” turning his life around? “– since the “courts ” in the area were unlikely to bring him to justice, the idf brought justice to him–this is the most effective way to deal with any intractable n’er-do-well–you deal with them one time only