Portfolios are being modified as a glimpse into Christmas Future shows a cold, dark world if realities remain ignored. 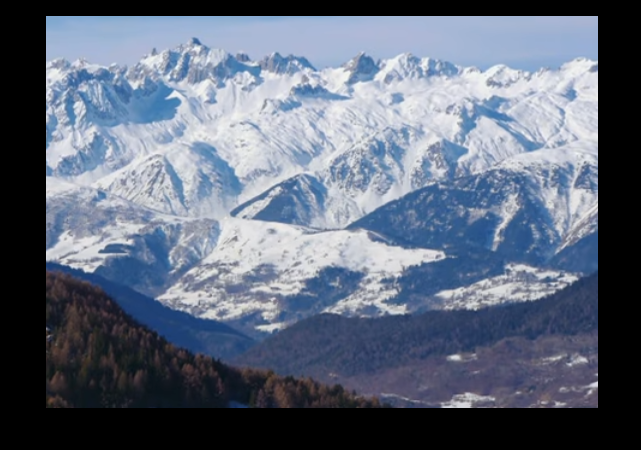 I recently looked at major index funds and state treasuries that have been backing away from investing based on Environmental, Social and Governance (ESG) policies.

Over on the other side of the Atlantic, however, European bureaucrats have been far warmer to implementing ESG, which drives companies away from fossil fuels whether or not such a move is practical for their operations.

Europe may now also be cooling toward ESG, in the light of energy realities that cannot be ignored.

European funds that employ environmental, social and governance (ESG) metrics as a group are heavily “underweight” in oil and gas stocks but some tentative signs of a shift in positioning have appeared.

Six per cent of European ESG funds now own Shell, compared to zero per cent at the end of last year, according to Bank of America. Holdings have also risen modestly this year in other energy companies, including Galp Energy, Repsol, Aker BP and Neste, across the 1,200 European ESG active and passive funds monitored by BofA.

“We believe [some] ESG funds are revisiting the cost of exclusion [of energy companies] given their underperformance in the first half of 2022 or waiting for regulations to be finalised amid greenwashing fears,” says Menka Bajaj, an ESG strategist at BofA.

A new law designating gas and nuclear energy as sustainable was approved this month by the European parliament, following months of fierce debate.

“Encouraging the use of the cleanest fossil fuels, like natural gas, over the dirtiest, such as coal, is an important step,” says Giovanni Staunovo, a strategist at UBS.

Both American and European policy makers would do well to utilize all possible and practical energy sources and to focus on making their nations as self reliant as possible.

The British are getting an important lesson on the importance of a robust energy grid, as France had to cut the energy it supplies to its neighbor across the Channel.

And France is also getting a lesson, as well, about maintenance on the grid during a recent cold snap.

France’s electricity network operator RTE has reportedly asked the National Grid if it could slash its scheduled exports to Britain in half between 8am and 9am this morning. It is said it struggled to cope with surging demand amid its own power issues, and cold temperatures.

The power output issues were reportedly brought on by a lethal combination of the plunging mercury, strikes across its nuclear sector and delayed maintenance on its fleet of ageing nuclear reactors.

And while European university campuses are an epicenter of green justice policies, energy realities are shaking up decisions made by administrators that will significantly impact students both in terms of budget and program availability.

In some countries, inflation and soaring energy bills compound structural underfunding of the sector. After two difficult years of the COVID-19 pandemic, this leaves universities with little room to manoeuvre and absorb another major shock. That leaves many pondering, or already implementing, measures such as lowering heating in buildings and reducing opening hours, to longer campus closures in winter and even a return to fully online tuition.

Latvian universities have chosen to intensify the study process and accommodate as many lectures, labs and research activities as possible within the period, taking into consideration students’ preference for face-to-face teaching. Other examples show how dramatic the situation could soon become.

Slovakia’s largest university recently communicated that, in the absence of state guidance regarding energy price caps, it may not be able to turn on the lights in 2023 as it had not received any bids from energy suppliers.

Is it too much to hope that both students and academics might pursue a more scientific approach to evaluating the climate, including the role of the Sun on Earth’s atmosphere? I will put that on my 2023 wish list.

The Europeans may get a reprieve from serious consequences this year.

Changes in the energy mix in Europe suggest the region may have enough supplies on hand to get through a winter amid concerns about the lack of natural gas, analysis from consultancy Wood Mackenzie finds.

Cold weather across much of Europe this week was seen as an ominous warning about the months ahead as the bloc works to diversify an energy sector that was heavily dependent on Russia before the outbreak of war in Ukraine in February.

Wood Mackenzie, part of Verisk Analytics, in an emailed report found heating demand increased in response to the recent cold snap by 20% from November levels, though natural gas usage is down about 16% compared with previous cold spells. Some of that decline in demand could be attributed to gains in renewable energy.

Taking a page from “A Christmas Carol,” both Europeans and Americans have gotten a glimpse of Christmas future. Unless changes are made, the future will be cold and dark, indeed.

Cool or got cold because of the idiotic ESG?

It all amounts to saying one thing and doing another. Oldest trick in the book.

70% of the energy produced in Germany last month came from coal.

These “cone heads” attempting to kill the economic structures in Europe and the USA have no common sense what-so-ever! Most of these green policies were never thought out or realistic. This and the so-called New World Order types are “hell bent on the destruction” of the world as we know it and we have to ask ourselves, “how did we let these clowns get this far with their agenda?”

If you want change pray for a long cold winter. Few things change minds faster than being forced to huddle up for warmth because there is no way to heat the house.

How about we all agree to just burn natural gas as much as we need until we have Gen IV fission or commercial fusion?

I’m picturing the first Karen caveman who dumped water on Oog’s fire. “No! Fire bad! Whole world burn up! Stay in cave and shiver for warmth! No use spear to kill animals either.”

1) The Europeans will never abandon ESG policies, because they are basic to their belief systems. They will try to get us to make them whole.

2) The American Left, which governs us unopposed, has no problem with that, especially if it leaves American citizens suffering in the process.

3) The only thing that will indicate that they [the Europeans] were really modifying their approach would be re-activation of old power plants if that were possible, the construction of new power plants, pipelines and/or LNG shipping facilities, mines. and drilling for petrochemicals. Not words, deeds.

4) In passing, #3 applies here in this country too.

The issue isn’t limited to energy supplies for residential heating. The EU and GER in particular hasn’t yet offshored it’s manufacturing base in the same way or to the degree the USA has. The Europeans have avoided that in part due to relatively cheap Russian energy. Now they face the prospect of downsizing rapidly to reach a competitive balance. Think the first twenty five years post NAFTA US off shoring done in less than a decade for a sense of the scale.

Without access to that cheap Russian energy their current manufacturing base will not be able to remain in place. That will mean permanent layoffs. The European govts have a looming crisis. No cheap energy= layoffs= less tax revenue= less ability to fund welfare state at precisely the point where it’s absence will fuel further domestic unrest.

Not to mention the issue of all the immigrants the govts provided to the companies who said they needed more workers. When the plants begin permanent layoffs then the need for those imported workers suddenly disappears. Will they be asked to leave? Will the imported labor force be granted preferred treatment from companies or will the that preference be reserved for the native born? Add in harassment of the agricultural sector. Not a very pretty picture.

It is starting to look like Merkel’s legacy will be for all of Germany to end up with the standard of living of the East Germany that she came from?

Merkel was born in Hamburg. How did she wind up in East Germany? Her father took a job as a Lutheran pastor there – in 1954, when the difference between the east and the west was blindingly obvious.

Stupidity is hereditary. Apparently, totalitarianism can be, too.

If yr doing stuff other people find good, they’ll offer you something to keep doing it. See Steve Jobs epic response when asked about “giving back.”

You only need complex, synthetic metrics when you’re trying to hide something, like what you want to impose isn’t what the people you’re doing it “for” want.

I assume Schwab and friends have no intention of letting off the gas (so to speak), it’s full steam ahead into collapse.

More accurately stated, the Big Freeze was made possible when NATO blew up the underwater pipeline to prevent a deal being made.

Cuz Europe was only prepared to pose on behalf of Ukraine, not freeze.