“The office divested over $543 million from BlackRock money market funds in February, reducing exposure with the company by 97 percent this year.” 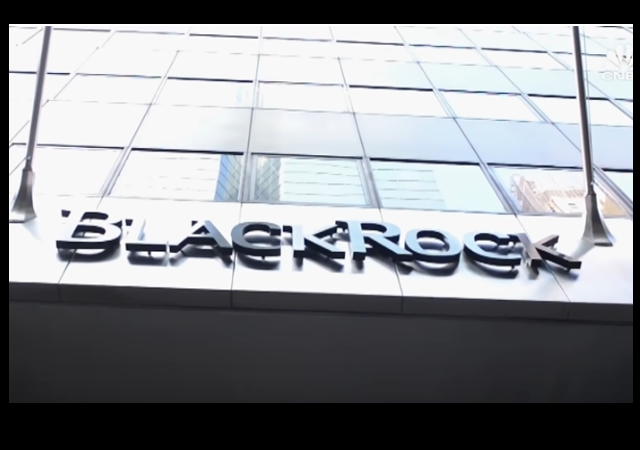 The preference cascade away from Environmental, Social and Governance (ESG) appear to have begun in earnest.

Arizona plans to pull the state’s funds from BlackRock due to concerns over the massive investment firm’s push for ESG policies that have led other states to take similar actions.

Arizona Treasurer Kimberly Yee said in a statement released Thursday that the state treasury’s Investment Risk Management Committee (IRMC) began to assess the relationship between the state’s trust fund and BlackRock in late 2021.

“Part of the review by IRMC involved reading the annual letters by CEO Larry Fink, which in recent years, began dictating to businesses in the United States to follow his personal political beliefs,” Yee wrote. “In short, BlackRock moved from a traditional asset manager to a political action committee. Our internal investment team believed this moved the firm away from its fiduciary duty in general as an asset manager.

The decision stems from stemmed from Arizona’s internal Investment Risk Management Committee (IRMC) of the index fund management firm, which began a review near the end of 2021.

“Part of the review by IRMC involved reading the annual letters by CEO Larry Fink, which in recent years, began dictating to businesses in the United States to follow his personal political beliefs. In short, BlackRock moved from a traditional asset manager to a political action committee,” said Yee.

Following this review, the IRMC proposed to reduce Arizona’s Treasury exposure to BlackRock. In early 2022, Yee began the divestment. The office divested over $543 million from BlackRock money market funds in February, reducing exposure with the company by 97 percent this year. At the end of November, Yee said her office’s only direct exposure to BlackRock was in stocks and bonds worth less than a tenth of one percent of her officer’s total assets.

“We will continue to reduce our remaining exposure in BlackRock over time in a phased in approach that takes into consideration safe and prudent investment strategy that protects the taxpayers,” Yee said.

Other states that have made similar moves include Florida, Louisiana, South Carolina, and Utah. Texas has led the charge for a move away from ESG-oriented investing.

The timing may be good, as the ESG losses have added up…and the fossil fuel giants have made gains.

The battle over sustainable investing comes as the 10 largest ESG funds by assets have posted double-digit losses this year, some even more than the S&P 500’s 17.5% decline. BlackRock’s $20 billion iShares ESG Aware MSCI USA exchange-traded fund is down about 19% and Vanguard Group’s $5.8 billion ESG US Stock ETF has dropped 22%.

Meanwhile, stocks of US oil giants Exxon Mobil Corp. and Chevron Corp. have soared 69.8% and 44.2% respectively.

It’s worthwhile noting that the European asset managers are trying to digest new regulatory proposals that have the potential to upend Europe’s biggest ESG fund category.

A plan by Europe’s markets watchdog, ESMA, to set quantifiable ESG and sustainable investing standards is forcing portfolio managers to rethink how they design and market an ESG fund class known as Article 8. Morningstar Inc. estimates that only 18% of Article 8 funds, which hold about $4 trillion of assets, currently meet the watchdog’s proposed threshold for sustainable investments.

There’s “a chill of realism,” blowing through the investment industry as managers digest the risks of getting environmental, social and governance designations wrong, said Matt Townsend, a partner at Allen & Overy in London. “This is starting to drive much greater caution in how products are being classified.”

In a nutshell, the Europeans are planning to add even more bureaucratic flaming hoops for firms to jump through…none of which will do anything to help companies, their employees, investors, or the environment.

If European investors and businesses are lucky, they will follow Texas and Arizona’s move.

There are no ESG “standards” that have any practical value in the real world operation or profitability of a business.

The States have far more power than have used till now. Divestment is the first step. Here are some others: exclude these firms from participating in any State backed Bond issues; remove any direct banking relationship, use the power of State Securities and State Insurance regulators to end efforts to violate fiduciary duties to shareholders.

Other regulated businesses such as Utilities, Railroads, Trucking might be persuaded not to do business with these firms either. Lots of ways to skin the cat.

I expect all the oil states except PA to leave the fund. Maybe even a timber state or 2. Georgia, MS, ID, NC. Alabama has already cut off BlackRock.

Well when are they going to tell pedo joe to shut up. He’s all in for you to be investing in crap stocks and bonds if they even hint at climate change. Don’t worry about your return, just give your money to the con artists to swindle you even more than pedo joe.

Environmental as in fascist
Social as in relative.
Governance as in religion (i.e. behavioral protocol).

Net-Zero as in abort, cannibalize, sequester.