Vanguard indicated its decision rested in a desire to maintain the freedom not to restrict its investment options. 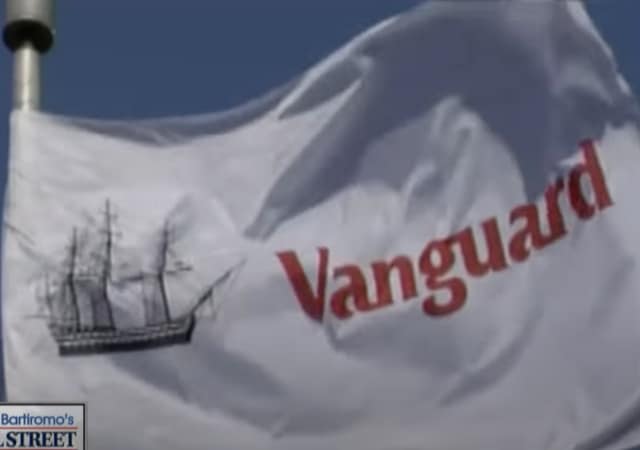 How It Started: In October, my colleague Mike LaChance noted Wall Street’s enthusiasm for ESG (environmental, social, and governance) investing was already starting to wane.

How It’s Going: One of the “Big Three” index fund managers is now quitting an ESG-oriented group.

Vanguard Group Inc. is walking out of the world’s largest climate-finance alliance, marking the coalition’s biggest defection to date as US Republicans step up their threats against firms deemed hostile toward the fossil-fuel industry.

Vanguard’s decision followed a “considerable period of review,” according to a company statement Wednesday. Withdrawing from the Net Zero Asset Managers initiative, which is a sub-unit of the Glasgow Financial Alliance for Net Zero, “will help provide the clarity our investors desire” about everything from the role of index funds, to financial risks in the context of climate change, the firm said.

…Vanguard indicated its decision rested in a desire to maintain the freedom not to restrict its investment options.

Initiatives such as the net-zero alliance “can advance constructive dialogue, but sometimes they can also result in confusion about the views of individual investment firms,” Vanguard said. “That has been the case in this instance, particularly regarding the applicability of net-zero approaches to the broadly diversified index funds favored by many Vanguard investors.”

The “Big Three” (BlackRock, Vanguard, and State Street) can cast nearly 25% of the votes in any director election at S&P 500 companies. The departure has significant implications for the American economy.

Detaching investment from forced social and sustainability policies (not based on market needs or scientific fact) will help prevent the erosion of American independence in many areas….including energy, social decisions, and business choices that will allow for expansion and innovation. Millions of families, including mine, have Vanguard assets as part of their financial portfolios.

A joint study by professors from the London School of Economics and the Columbia Business school found no evidence of ESG investment funds outperforming non-ESG investment funds, showing that ESG ratings are unreliable regarding increasing investment returns. They also found that ESG funds have violated more labor and environmental laws than non-ESG firms. ESG-based investing does not provide any additional benefits compared to non-ESG based investing, on both the basis of the ESG-graded value or the monetary value of an investment.

ESG forces companies to make fuel and operational choices that might not be the best match for their operations. The documentation requires staff to describe in tedious detail how it is complying with a myriad of regulatory requirements and crunching a massive amount of data to prove it is doing (despite passing compliance inspections and audits from the interested agencies). ESG also forces companies to demonstrate that the company is checking off every progressive social-wish-list item, the choice of which should be at the company’s discretion based on its profits, the actual expenses, and the employees’ needs and priorities.

There are also anti-trust concerns the Republicans are already beginning to focus on.

Closely held Vanguard did not make executives available for comment. But its statement addresses a criticism from some investors and U.S. Republican officials that efforts like NZAM go against antitrust rules. That concern that had already led NZAM’s U.N.-affiliated parent to soften a policy on fossil fuel financing.

…Under FERC rules, asset managers aren’t permitted to meddle in a utility’s operations. Vanguard is aware of this; that’s why the company promised FERC at its August 2019 authorization hearing it would be a passive investor in the utilities in which it holds shares. The commission granted authorization, and Vanguard’s investment has been anything but passive, actively pushing corporate managements to pursue net-zero targets and shutter coal and natural-gas electricity generation.

…FERC should investigate Vanguard’s activities to determine exactly what the asset manager has been telling utilities. The commission might also audit BlackRock’s compliance with the similar authorization it received in April. If these issues go ignored, consumers will continue to pay, both in higher energy prices and increased dependence on our adversaries. That’s a risk the U.S. can’t afford to take.

Less than one week after I called for the Federal Energy Regulatory Commission (FERC) to revoke Vanguard's authorization to purchase share in publicly traded utility companies, they folded.

Keep up the pressure, we're winning.

As an environmental health and safety professional, I assert that ESG does nothing meaningful to control pollution, improve the environment, or contribute to employee satisfaction at work. If anything, it’s a distraction from real work that needs to be completed.

Hopefully, other stock exchanges, investment groups, and corporations will swiftly come to the same conclusion.

It was touch and go there for a while. Glad I hadn’t moved yet but they are coming to their senses it seems (with a little nudge).

nudge the living daylights out of them

its our money not theirs

I’d found out just how deep they were getting into it after the SBF fiasco. What with companies also shifting to a 33%-50% match and the market tanking, I’d been strongly considering zeroing out my 401k contributions in January, rather than just pulling it back to the new 100% match level.

Now I may not. Still light with cost of living going up up and away, but it’s no longer a forgone conclusion.

I think the various GOP-led states’ moves to divest from these fellow-traveling investment firms played a part in this decision as well.

Yes, and also threatening them with liability related to their fiduciary responsibility.

They’re entrusted, legally, to ensure optimal financial return on the assets they manage. Instead, the little woke twats took it upon themselves to force their progressive world view down everybody else’s throats, using money that does not belong to them as leverage.

Finally, some good news. I have some funds under management at Vanguard. When they voted against Exxon Mobil and with climate activists, I made it very clear to my Vanguard advisor that I did not like this, that I engaged Vanguard to manage my funds on MY behalf, and that I would be rethinking my commitment to Vanguard. I also reminded him that as a recent California refugee I was sitting on just over $1 million in cash from the sale of my California home, and that I was not going to add this to my Vanguard account. He didn’t have much to say other than he had heard this same message from a number of other clients. I hate that virtually everything now, from movies, to groceries, automobiles, social media and financial services all have political considerations. But the left built created this reality, so we have to respond accordingly.

The political idea behind this garbage was that fossil fuels would tank in the market if swaths of the capital were walled off from investing in it.

However, it coincided with some foolish Biden admin moves that also shut down company investment in new drilling. They are raking in the revenues from existing since the supply is low and demand is high. Meanwhile, they are just refilling their coffers for a return to sanity (hopefully one day) and other investors that weren’t walled off have pounced on it and will continue to reap the benefits unless our dictatorial government throws down its hammer and sickle.

Well, the reality is everything starts with units of energy. And if you can’t invest in production of something, it will always become less available. And the less available something is, the more expensive it becomes.

So anyone who understood basic economics should also understand how unworkable ESG always was.

Fidelity is pretty good about letting you know which funds are into this nonsense. The fund names tend to have the woke gobbldygook words right in the name. From their website: https://www.fidelity.com/viewpoints/active-investor/strategies-for-sustainable-investing

That’s all great but what about all the money they already stole from people?

Now I have a good reason to dump Fidelity International that is Net Zero member.

Starting in January 2023 I will be moving all my investments to Vanguard.

How do you know this? I have a couple of Fidelity funds that I’ll sell today if I find out their into this.

See my reply to Voyager above… I posted it in the wrong spot, meant for it to go here.

many investors complained to Vanguard

ESG is just another fee we are refusing to pay

This doesn’t change anything, Vanguard will still vote for ESG every chance it gets. Liz Wheeler has been talking about this a lot lately.

Could be, yes. We still have to keep an eye on them and their voting. Maybe this signals a change in strategy, or maybe not. I’m not sending them any more funds based on just this one thing.

Great! Wonderful news! So happy to hear it!

Well, they figured it out. The point is to scam and skim your business. And it you ain’t the con, you’re the mark.

That they had to actually lose money to figure this out does not speak well for these Masters of the Universe. It does explain how Mark Cuban’s Crypto Love Child could work his scheme, though. They’re just dumb.

I thought investment businesses had a fiduciary duty to get the maximum return possible for their investors. Silly me.

When Vanguard and Blackrock started their woke esg crud I removed all I had of them from my 401K. Did just fine without them. People, fire these companies and go elsewhere, money talks

Reached out to my Granddaughter today to have her send me her last financial 401K statement for review in light of the Jan. 2023 directive and EKG investments. Was so happy to see they were all tied to Vanguard. A good decision by those Directors at the table for choosing Vanguard for their employees at Community Bank, N.A.- NYS

What a wasted effort, trying to financially damage dossil fuel companies. Anyone that is serious about replacing fossil fuels would be better served by directing all that time and work and energy and money towards GenIV nuclear and/or fusion, because nuclear technology is the only thing that will ever be able to replace hydrocarbon fuels. Everything else is just a scam to shake someone down from large companies down to the individual.

Good, get back to the real reason people give you their money to invest.
Leave the loony leftist schemes behind.
I suspect others will soon follow and we’ll see who’s left holding the bag.