Coal is Back Due to Need of Energy Security

Coal is Back Due to Need of Energy Security 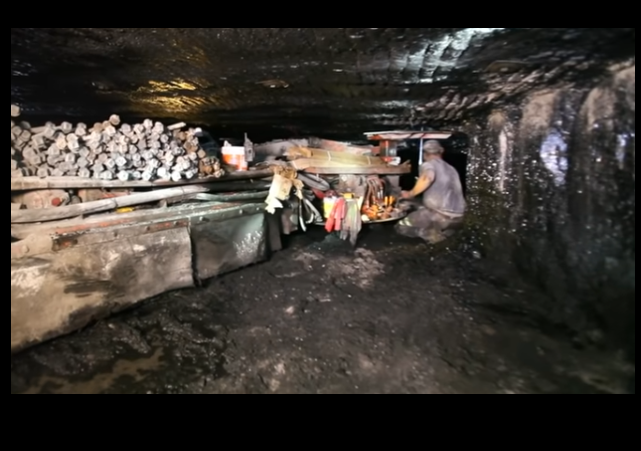 An intriguing article just ran in the Pittsburgh Post-Gazette, which had a title that began “Coal is Back” and a description of its positive impact on a local energy company.

Despite a list of problems, ranging from roof falls to equipment breakdowns to uncooperative geology, Cecil Township-based Consol Energy Inc. is riding a wave of high coal prices and a global energy market that, at least for a short time, is hungry for coal.

Russia’s invasion of Ukraine and the subsequent halt in Russian gas flows to Europe has nudged coal markets in two ways.

One, it pushed up the price of natural gas across much of the world, which made coal a more cost-effective fuel in some places. Two, some utilities in Europe expect to burn more coal in the short term to displace Russian coal and gas, and that has also driven demand and higher prices for coal.

I recently noted a wind farm is being dismantled in western Germany to make way for an expansion of an open-pit lignite coal mine in a “paradoxical” situation highlighting the current prioritization of energy security over clean energy in Europe’s biggest economy.

QatarEnergy CEO and state minister for energy Saad al-Kaabi has also noted the U-turn from the climate-alarm-inspired transition to green energy.

“Many countries particularly in Europe which had been strong advocates of green energy and carbon-free future have made a sudden and sharp U-turn. Today, coal burning is once again on the rise reaching its highest levels since 2014.”

Governments across Europe have ploughed hundreds of billions of euros into tax cuts, handouts and subsidies to tackle the continent’s worst energy crisis in decades that is driving up inflation, forcing industries to shut production and hiking bills ahead of winter.

Coal mining is being ramped up in Greece, as nations in Europe are now prioritizing energy security.

At Greece’s largest coal mine, controlled explosions and the roar of giant excavators scooping up blasted rock have once again become routine. Coal production has been ramped up at the site near the northern Greek city of Kozani as the war in Ukraine forced many European nations to rethink their energy supplies.

Coal, long treated as a legacy fuel in Europe, is now helping the continent safeguard its power supply and cope with the dramatic rise in natural gas prices caused by the war.

Electricity generated by coal in the European Union jumped by 19% in the fourth quarter of 2021 from a year earlier, according to the EU’s energy directorate, faster than any other source of power, as tension spiked between Russia and Ukraine and ahead of the invasion in late February.

Vijay Jayaraj, an environmental scientist and Research Associate with the CO2 Coalition, notes that investment strategists recognize that “dirty coal” is back.

…The global green energy movement’s primary goal is to make economies transition to renewable sources of energy, a move that some believe will help save the planet from climate change. However, sources like wind, solar, and biomass are neither reliable nor affordable — nor even “renewable.” These indisputable facts were disregarded as western economies continued to make their so-called energy transition.

As a result, much of Europe, UK, and North America find themselves in an energy turmoil.

Instead of harvesting their abundance of fossil fuels, these economies are in state of lamentation, desperate for the procurement of the very fuel sources they once despised.

It appears the energy security is beginning to triumph over green-energy-superiority. Let’s hope it isn’t too late.

People who are cold, unemployed and hungry tend to make poor citizens. In fact they can become down right surly and even overthrow governments.

To your point, there is a great quote from Alfred Henry Lewis:

“People who are cold, unemployed and hungry tend to make poor citizens.”

Yeah and thousands of them are coming across the border every day.

They don’t look hungry to me, I have seen more obese hispanic women than I care to talk about

“Coal mining is being ramped up in Greece, as nations in Europe are now prioritizing energy security.”

Tacit admission that “green” energy is insecure and unreliable. Works for me.

“Vijay Jayaraj, an environmental scientist and Research Associate with the CO2 Coalition, notes that investment strategists recognize that “dirty coal” is back.”

WARM coal is back, Vijay.

Miss Greta will be quite unhappy to hear of this,

Maybe it’s time for Miss Greta to get a real understanding of the reality of surviving winter without fuels she deems “environmentally unsound.” I doubt she will allow herself to freeze to death.

Somebody should stick that mentally ill child in an institution where she can get some help.

Because her parents are certainly acting to her detriment.

Fossil Fuels are necessary to create the materials for ‘Green’ Energy. Giant coal furnaces burn sand until there are no impurities left and then it’s used to create solar cells.

And coal furnaces make steel and smelt zinc and copper for those giant Windmills.

WIthout coal, there is no ‘Green Energy’.

Also peat, historically the UK used a lot of peat for fuel. I happend I have a large amount of peat on my farm, and having logged about 350 white and red oak, I have lots of firewood. I have already caught one slimebag stealing wood.

It should be telling, the people pushing “green” living have never been cold or hungry.

Huh who would have thought: when given a choice people by and large choose NOT to suffer! People like keeping the lights on and staying warm, fancy that.

I wonder where Fiduciary Duty stands for Money Managers who agreed to divest fossil fuel investments. They have not just “outperformed”, but so dramatically outperformed over the last 2 years that any Money Manager who did not own any has likely underperformed.

As to the anti-fracking and anti-nuclear folks, especially in NY State, the use of dirty coal is rather ironic. In NY, the Cuomo Governors, father and son, managed to shut down two nuclear plants (one brand new, Shoreham), ban fracking and prevent new natural gas pipelines.

Funny you mention that:
https://www.thetruthaboutguns.com/states-pulling-hundreds-of-billions-in-retirement-funds-from-woke-capitalist-esg-investment-management-firms/

Sounds like a great opportunity for a class action lawsuit.

Enough with the “dirty coal” crap. San Antonio used to get the majority of its power from a coal power plant with scrubbers that resulted in no emissions but water vapor and CO2. You can’t get much cleaner than that.

One must remember that retarded warmists consider carbon dioxide to be a pollutant rather than the vital part of the biosphere that it truly is.

I remember, but we don’t have to indulge them.

My energy stocks are making money this year. My other ones are doing a “Biden” I.e. under performing.

I’m even plus on Halliburton. That hasn’t happened in decades.

Karine Jean-Pierre, in trying to cover up Biden’s latest gaffe, rather bizarrely implied that wind and solar are necessary to increase US energy security.