“We have to start by sincerely apologizing to Mr. Shapiro for our reaction when he visited a booth we sold his company. That wasn’t right.” 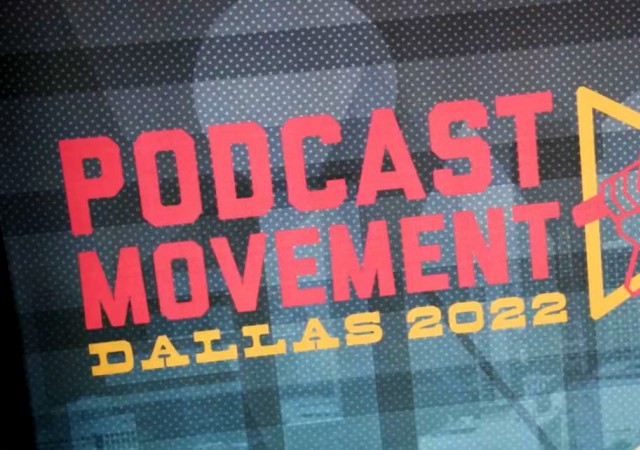 Last month, Podcast Movement convention organizers came under fire from the woke left after an unannounced visit from popular conservative commentator Ben Shapiro to the Daily Wire booth purportedly caused hurt feelings and members of the LGBTQ community at the Dallas event to “feel unsafe,” according to some Twitter users who were in attendance.

“Hi folks, we owe you an apology before sessions kick off for the day. Yesterday afternoon, Ben Shapiro briefly visited the PM22 expo area near The Daily Wire booth. Though he was not registered or expected, we take full responsibility for the harm done by his presence,” Podcast Movement wrote in a series of now-deleted tweets published on August 25th.

“Many in our community are appalled not just by this incident, but by our choice to take money from TDW in the first place. As @amahnke said, ‘this was signed off on by a human.’ Yes. During event planning, the dangerous nature of the company’s messaging was overlooked,” they wrote in another.

They went on to acknowledge the alleged “pain” Shapiro’s brief appearance supposedly caused and how “it will always stick with us.” They also noted that they would “more carefully consider” who they allowed in as sponsors at future conventions,  the implication being that Daily Wire would be excluded.

Not surprisingly, the organizers were widely mocked by conservatives, with the Daily Wire and Ben Shapiro, of course, getting in on the action as well as other popular Twitter accounts like Libs of TikTok.

A little over a week later, Podcast Movement continued virtue signaling by telling their audience that “We’re putting in place policies to guide our social media & events with inclusivity, diversity & respect for all. It’s a journey.”

Just four days after that tweet went up, however, it was reported by Axios that Cumulus Media was opting to sever their ties with Podcast Movement over what happened:

Cumulus, one of the largest radio companies in the country, says it’s “disassociating” from Podcast Movement, an annual podcast industry conference, following an unusual confrontation on Twitter between the conference and The Daily Wire, a conservative outlet that partners with Cumulus.

In response to the saga, Cumulus told Axios in a statement Tuesday that it’s “disassociating” from Podcast Movement, “including canceling our 2023 sponsorship plans.”

Cumulus said it’s making the decision to separate from the conference, after giving the leaders of Podcast Movement “sufficient time to appropriately address their misstep.”

Cumulus’ move also came after Podcast Movement reportedly told Shapiro in the immediate aftermath of the controversy that it was best they “go [their] separate ways,” according to the Axios story.

As a result of Cumulus’ decision, Podcast Movement is suddenly singing an awfully convenient new tune:

As we stated, we’re continuing to evaluate our policies guiding social media & events with inclusivity, diversity & respect for all. We have to start by sincerely apologizing to Mr. Shapiro for our reaction when he visited a booth we sold his company. That wasn’t right. https://t.co/McxG9Ay0LT

Podcast Movement began in 2014, with four podcasters who had an idea to create a vibrant community that was for podcasters, by podcasters. We’re still those people with the same idea, and recognize there’s work to do as we grow.

We are now looking to move forward, as we focus on that original mission from 2014 – being a hub for podcasting events, resources, news, and thought leadership.

While Podcast Movement’s about-face is clearly all about money rather than any sincere change of heart, the dustup serves as a case study in showing one way conservatives can fight back against cancel culture – by using both the power of social media and the almighty dollar, something seemingly acknowledged by Daily Wire co-founder Jeremy Boreing.

“In an illiberal moment such as the one we’re currently living in, if we don’t stand up to this kind of bigoted behavior it’s only going to get worse,” Boreing stated. “I certainly hope Cumulus’s strong response to Podcast Movement is the first of many others like it.”

That being said, at least one person says he plans on attending the next Podcast Movement gathering and intends not to sell but to give away “Facts Don’t Care About Your Feelings” t-shirts out of the goodness of his heart:

I will be handing these out next year pic.twitter.com/lXxfsYGP9N

And as for anyone who felt “unsafe” by Shapiro’s appearance at the conference, one Twitter user had a reality check for them.

“Want to feel unsafe? Walk through a Democrat-controlled city at night.”

Congrats to @CumulusMedia for cutting off support of @PodcastMovement for apologizing after a conf. attendee complained @benshapiro's presence did not make her feel "safe." What crap. Want to feel unsafe? Walk through a Democrat-controlled city at night.https://t.co/dLTDajK1Gu

Tell them to take their apology and shove it up their *sses.

The next Tea Party should involve one week of 30 million Americans NOT buying gasoline.
I guarantee you that will get attention.
Go Galt, but don’t head for the gulch…yet.

Agreed. The “apology,” only coming after their snowflake apology to the grievously offended attendee, is insincere, and never would have been uttered unless Cumulus wisely extricated themselves from participation in another apparently leftist dominated organization.

Stop apologizing for every perceived slight and grow a pair!!

“Stop apologizing for every perceived slight and grow a pair!!”
They would probably ask ‘a pair of what’?

No doubt what is being referred to is impossible to grow. Surgery would be necessary for an implant—possibly. of a steel variety.

“We have to start by sincerely apologizing…”

Do they really expect me to believe their apology is ‘sincere’?

What starts with an insincere lie will likely be filled with follow-on lies.

Their future actions will reveal their sincerity.

It’s telling that Cumulus Broadcasting is apologizing to the cabal including “Devients R Us”.

???
I see nothing in the Cumulus statement close to an apology to anyone. They didn’t like what PM did and left the party, taking their money with them.

Maybe you have some information to share that will clarify things.

You haven’t read this correctly.

Cumulus hasn’t apologized to anyone, as it’s not needed.

Podcast Movement, on the other hand, issued one of those ‘we’re-sorry-that-you’ve-taken-issue-with-a-leftist-pussy-complaint-policy-decision-we-deliberately-made-and-now-we-have-to-say-we’re-sorry-so-that-you-might-spend-a-lot-of-money-with-us-in-the-future’ apologies.

If only Ben wasnt such a wishy washy “conservative” eh. This guy COULD be something serious but he just cannot bring himself around to being a full time conservative and actually believe in shit that means something.

It might be because Shapiro is something of a bridge that he understands where the left’s soft spots are and can skewer them in their native language.

I don’t really understand the hatred I e seen from some conservatives for Ben Shapiro – if someone can explain it to me I’d appreciate it.

That’s said, I’ve seen Ben a his best – confronting Lib zaniness – and love that Ben. He’s not at his best as PodCast Ben imho – sometimes boring and it feels like he has problems filling the time up with good content. But not just anyone can be a Rush L…..

Ben takes reasonable positions that use common sense rather than naked partisanship. For instance, he points out pros and cons of Trump. The cultist Trumpers here can’t stand that someone dare say Trump is flawed, even if Ben and others recognize that Trump is a net good.

Its pointless trying to find common ground with people who utterly detest your existence. The only common ground they want to share with you is a plot about 6 feet deep.

Its not that he points out pros and cons…its that he cant quite bring himself around to supporting the only President who actually did something for “normal” people. We dont need conservatives like that. Conservatives like that are the kinds of people who keep trying to placate Democrats by giving them more and more ground.

We need people who are prepared to go balls deep with the enemy…not play nicely nicely trying to find common ground.

Just what the right needs….another purist that can use his principles to lead us right to more Dem control in the future.

The sooner real liberals, i.e., largely libertarians, cotton onto and implement Alinsky’s Ten Rules for Radicals the sooner we will guarantee our Rights and get to play on a level playing field.
Well done Cumulus.

“He makes me feel unsafe”.

“He might breach the walls of my mind and chase off all the unicorns.”

And what of the single “bish” — not a “conference attendee” but a “conference organizer” — whose complaint started this whole snowball rolling? Buses run every ten minutes, don’t tell me you can’t find one to throw zer under.

If you want to understand how clinically insane some of these people are, just read the comments here. It’s impossible to distinguish between satire, trolling, and genuine mental disorder.

(As opposed to the comments you read here, none of which are satirical. The original tweet — made private by the original coward snowflake, but Google remembers everything — reads, “lol Podcast Movement unfollowed me. not @-ing bc i really do not think their SMM deserves having go deal with this–don’t make their day worse by yelling at their Twitter on my behalf either, please. so it’s clear how this is gonna pan out after all, huh? 03 Sep 2022 04:50:35.”)

Or drop them off in the parking lot of a biker bar in the rural South some Saturday night about 11:00 and tell the boys inside who’s out there. Bubba And The Boys will handle it for you. They’ll then discover the definition of pain.
.