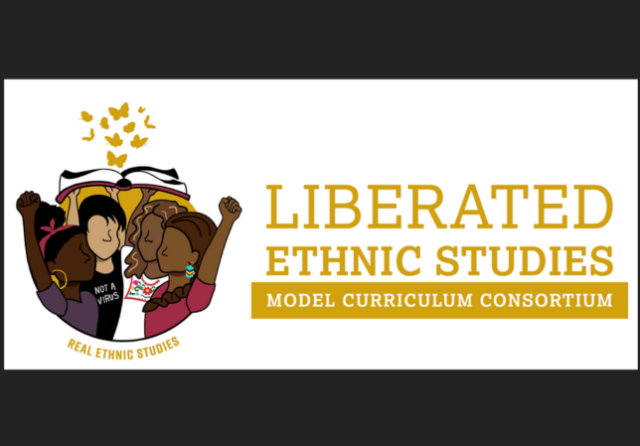 LESMCC is the group behind the anti-Semitic model curriculum the California legislature rejected. Although both the ethnic studies bill California eventually passed and Gov. Newsom’s signing statement to that bill branded the rejected model curriculum as biased, bigoted, and discriminatory, the law doesn’t prohibit schools from using it.

We’ve been tracking the development of California’s Ethnic Studies Model Curriculum for a while. You can see some of our past coverage in:

Hayward initially approved an ethnic studies policy back in June 2021, reaffirming the district’s “commitment to establishing Ethnic Studies as a graduation requirement by the 2022-23 school year,” as well as to expanding ethnic studies into every grade from preschool through twelfth grade. Hayward’s 2021 press release defined ethnic studies as the “interdisciplinary study of race and ethnicity, as understood through the perspectives of major underrepresented racial groups in the United States: African Americans, Chicanx/Latinx, Asian Americans, and Native Americans/Indigenous groups.” It added, “At HUSD, Ethnic Studies curriculum will include Pacific Islanders and Arab Americans.” In Hayward, Blacks, Hispanics – *ahem* – Latinx, Asian Americans, Native Americans, and Arabs are Officially Recognized Victim Groups. No one else, apparently.

Near the bottom of the page, the press release expressly stated: “The policy and efforts to develop an Ethnic Studies framework are informed by and will include Critical Race Theory and the Liberated Ethnic Studies Model Curriculum.”

The 2021 press release links to the full ethnic studies policy, in which Hayward offered “Special thanks to the Liberated Ethnic Studies Model Curriculum Coalition” and others. The same document specified that the curriculum would:

The document paid lip-service to acknowledging anti-Semitism (along with racism, sexism, heterosexism, ableism, classism, and ageism), but Hayward’s curriculum description does not mention it.

Hayward recently received $135,000 from California (out of $50 million released by the state) to implement its ethnic studies requirement. That’s small potatoes, compared to the $40 million Hayward plans to spend on ethnic studies just in its own school district.

Hayward now joins Castro Valley in hiring the racist folks at LESMCC to provide anti-Semitic brainwashing to its students in the guise of teaching them ethnic studies. (Hayward and Castro Valley are adjoining school districts in Alameda County.) Castro Valley is paying $82,560 to LESMCC. Napa Valley school district initially approved a $38,490 contract with LESMCC in April 2022, but a couple of weeks later – after receiving some unfavorable press about it – decided not to move forward with the project.

According to a lawsuit, LESMCC is also disseminating its teaching materials to Los Angeles school district teachers, and providing training to them in how to sneak anti-Semitic content into their classrooms. Other school districts have hired LESMCC principals or staffers (as opposed to contracting with the consortium itself) to develop their own ethnic studies curricula, and/or to train teachers, include Salinas Union High School District, San Diego Unified School District, and Jefferson Elementary School Board.

How far would that much money go toward repairing roads or improving water treatment or some other infrastructure improvements?

” … defined ethnic studies as the ‘interdisciplinary study of race and ethnicity, as understood through the perspectives of major underrepresented racial groups in the United States: African Americans, Chicanx/Latinx, Asian Americans …”

The student bodies at the more prestigious University of California campuses are upwards of 40% Asian.

The average income of Asian American females has surpassed that of American white males.

It’s a good time to be “underrepresented,” whatever that means.

Any “studies” that focus on “oppressors” and the “oppressed” will eventually have as its main villain the Jews. Especially Jewish males. You can take that to the bank.

So… liberation theology? But even more Progressive.

Now that they’ve jumped on the ethnic studies bandwagon there’s even less reason for hope.